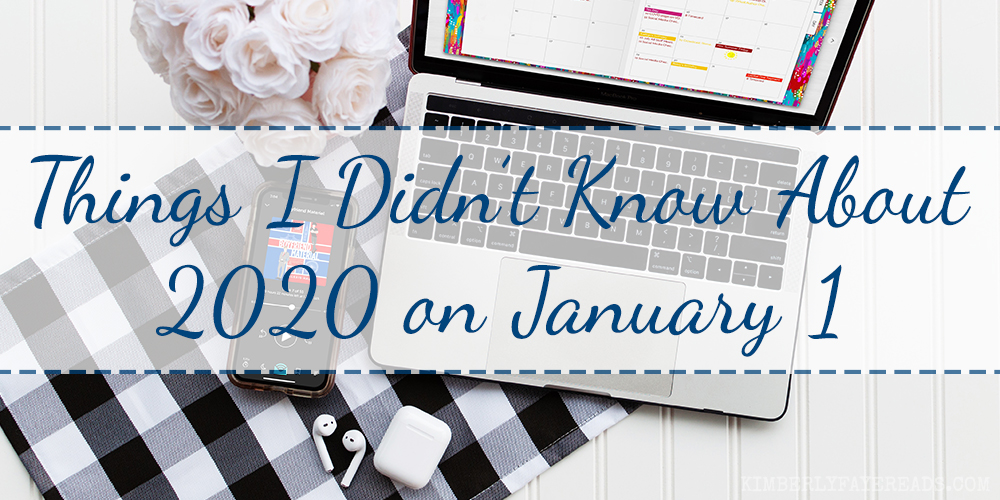 I often joke with friends about all of the things that weren’t on my 2020 bingo card. Let’s face it — most of us probably didn’t have any of this on our bingo cards. I mean, who could’ve predicted the things that have happened so far this year? And, I mean, we’re only at the beginning of July. But I’m going to try not to dwell on what might come next.

I can either laugh or cry and right now I choose the former and this unconventional mid-year (mostly non-bookish) update. So without further ado, I give you a big ol’ list of things I didn’t know about 2020 on January 1…

I didn’t know that:

Can you relate to any of these?
What are some things about 2020 you never could’ve predicted for yourself?