Happy, happy, happy book birthday to Molly E. Lee and Edge of Bliss, the latest book in her Love on the Edge series. I just discovered Molly and this series a couple months ago and I gotta admit — I am in LOVE. Keep reading to find out why I say this is my favorite book in the series so far — even though the competition is stiff. 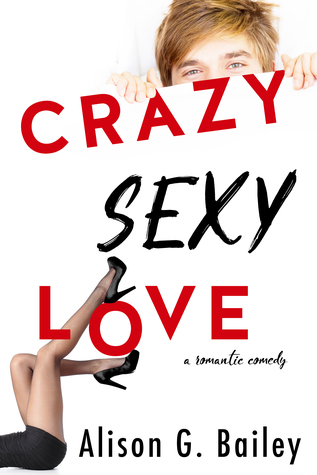 Sophie is an intelligent independent woman. After her parents’ divorce when she was a child, Sophie tossed the idea of “happily ever after” out the window. No personal attachments or commitments is the way she lives her life. After her best friend, Bryson reunited with her soulmate Hart, Sophie is forced to allow his friends into her world. Luckily, she is fond of her new circle of friends, except when it comes to one handsome, six foot, green eyed buffoon who won’t take no for an answer... Doug Truman.

Doug is everything women want in a man. He is a self-described hottie, very witty, and quite the charmer. He can’t imagine any woman not wanting his attention. And they do. The problem is, Doug has a very short attention span, except when it comes to one woman... Sophie Cipriano. At first all he wanted was one night, thinking it would be enough to shake his obsession. If only his best friend, Hart, hadn’t deemed Sophie off limits. Now Doug can’t get her off his mind or out of his system.

When they met, they were enemies. When their best friends got married, they were acquaintances. When they became roommates, they got to be friends. And when they were friends, neither realized what was happening until it was too late.

It’s been ages since I picked up one of Alison’s books despite having really enjoyed them in the past. When I learned she was writing a rom com, I knew I had to give it a try. I’m so accustomed to more emotional reads from her, but I couldn’t wait to see what she’d do with something lighter and sexier. Crazy Sexy Love was a fun little romp.

Though I didn’t read The Dance, the book where Sophie and Doug were introduced in the midst of their friends’ love story, I didn’t feel at all lost or like I’d missed anything. (I do, however, plan to go back and read The Dance because I want to get Hart and Bryson’s full story.) Sophie and Doug had this whole animosity thing going on and it made for some really good banter. It also made for some slightly over the top silliness and one exchange that made me rather uncomfortable, but none of this was enough to ruin my enjoyment of this book. It was lighthearted and fun and definitely gave me the giggles a few times.

Sophie and Doug were an interesting pair. He was pretty goofy, but had a good heart and knew how to bring the swoons at times. He was also pretty frank when it came to his feelings, which was quite the contrast to Sophie. This lady had her walls up, and she had no intention of letting anyone through. Especially if his name was Doug. Sophie’s mom did a number on her in the past and it certainly colored her outlook on love and relationships. Could Doug get through? Would their friends with benefits turn into more? You’ll have to read to find out.

I enjoyed Crazy Sexy Love. I’d read a couple fairly heavy books recently and this book was not that. It was a pleasant change of pace with characters I could laugh with, swoon over and root for.

Doug was that guy who had convinced himself that he had game, when in reality, the game had been rained out, indefinitely.

“Let’s face it, Doug, in your eyes I’m simply a lollipop that your momma won’t let you suck on.”

Alison G. Bailey is an award winning, Amazon and International bestselling author living in Charleston, South Carolina. At an early age she fell in love with writing, reworking scenes from her favorite TV shows and movies with new dialogue. Alison wrote and produced several stage plays before turning her sights on the book world.

Under the influence of a copious amount of Diet Pepsi and nonstop listening to her Spotify playlists, Alison writes unique emotional stories full of love, laughter, and romance.