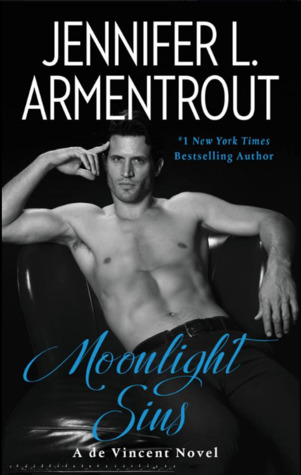 Julia Hughes has always played it safe until she learned a very painful lesson. Now Julia’s starting over with a job in the Louisiana bayou—and a scorching encounter with a stranger, only to discover he’s Lucian de Vincent... her new employer. The de Vincent brothers share a massive fortune and a dark reputation. Julia cares for their troubled sister, but a menacing presence in the mansion—and the ever-present temptation of Lucian—prove dangerously distracting.

The recent “suicide” of Lucian’s father is the latest in a string of deaths on the estate. Someone is eliminating the de Vincents. And the best way to get to Lucian may be through Julia...

No matter the genre, I know I can always count on Jen to deliver one hell of a story. Midnight Sins definitely did that. And speaking of genre, I’m really not even sure where to place this one. It appears to be contemporary, if gothic, but… I still wonder if there’s something else going on with the de Vincent family. I have thoughts, but I’ll let you form your own opinion. Regardless, it was an addictive and engaging story with enough mystery to keep me guessing and a bit of a slow burn that gave away to a steamy af romance.

I’m on a roll here lately with the New Orleans books and I’m not sorry about about it. I find NOLA a fascinating city and it makes for a great book setting. While my other recent NOLA read focused on the fun and flirty side of the city, Moonlight Sins looks at the darker side of it, with a dark, lush and gothic vibe. I enjoyed the contrast between that and my earlier NOLA read.

Lucian was a mystery for the bulk of the book and, if I’m honest, there are still some questions that remain unanswered after I finished. I wouldn’t exactly put him in the category of swoony book boyfriend, but there was something about him that got under my skin. He was intensely sexual and honest and never pretended to be anything else. He was an enigma and I find it hard to describe him as anything else. It was obvious Julia brought out another side of him and I enjoyed that.

Julia was a great heroine. She was strong, smart and brave. I enjoyed how she played off Lucian and the other characters in the book. But more than anything, I loved the way she made Lucian earn her. She was able to keep him at arm’s length and keep him intrigued, which had to be fairly difficult with a man like him. Especially being under the same roof as him. I know I was all but screaming “oh get it on already” as I was reading. They were easy to root for, despite all their differences, and despite all the other freaky things going on in the book.

I’m not going to give away anything else about the plot of Moonlight Sins. It’s an intense read that gave me more questions instead of answers as I was reading. Even now, I still have so many questions. I can’t wait to read the next book in the series, either. The de Vincents are intriguing and I need more.

“I think I’m going to want to keep you.”

Have you read Moonlight Sins?
If not, do you plan to read it?