Happy book birthday (week) to Kelly Siskind and Stud! I fell in love with Kelly’s writing a couple years ago and she’s not done me wrong yet. Stud is the latest in a long line of her books I’ve fallen in love with and I’m thrilled to be on the blog tour today. 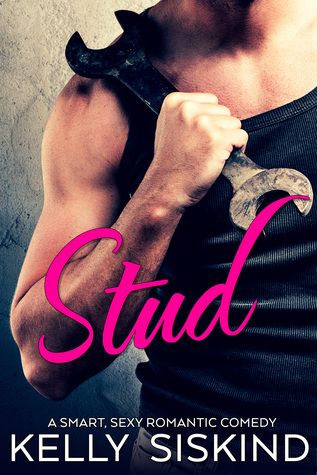 Stud by Kelly Siskind
Series: One Wild Wish #2
Genres: Adult, Contemporary, Romance
Publication date: January 31, 2018
Publisher: Self-Published
Format: eARC, 264 pages
How I got it: From the author
Add it: Goodreads
Buy it: Amazon
My rating:

The word “nail” has so many meanings:

Ainsley’s manicured nails belong in the Museum of Modern Art.
The fashionista hammers nails at Habitat for Humanity.
She desperately wants to nail Owen Phillips.

Owen’s never-ending divorce has taken a turn from messy to downright vindictive. Yearning for the simpler things in life, like working with his hands, he joins a Habitat build. Turns out he also wants to work over Ainsley Hall…but the confusing bombshell flirts blatantly with other men.

When Ainsley discovers Owen’s true sexuality, their mutual attraction ignites, but he hasn’t shared the extent of his divorce drama. If he can’t disprove his ex’s false allegations, it will take more than hammers and nails (and nailing studs) to keep their walls from caving in.

I have a new favorite book boyfriend and his name is Owen Phillips. My goodness did this man to things to me. He was so sweet and sexy and just… good. I swooned all over the place for him. Also, Ainsley is pretty amazing in her own right and I have a total girl crush on her. I would so be friends with her in real life. She was totally relatable and I loved her sassy, smart self.

Stud was such a fun read. It was light and sweet and kept me chuckling, but also got me in the feels a couple times. Ainsley and her gal pals — including Rachel from Legs – are absolutely hilarious and awesome and show what female friendships should really be. I love their banter and how they’re truly there for each other. It’s so good. I also loved Owen’s relationship with his brother, Emmett. (I would SO love to see Emmett get a book or novella of his own one of these days. Yes, I’m greedy.)

My favorite part about the book, however, should be no surprise at all. It’s the romance between Ainsley and Owen. Actually, it’s everything about Ainsley and Owen — from the first meet to the friendship they built and finally to the super swoony and sexy af relationship. These two had so much chemistry it was hard to believe Ainsley could ever think he was gay. Of course, given her past crushes on gay men, I can also understand why she was cautious. But it did make for some good laughs as she realized that no, Owen really was as straight as they come. And he was just as into her as she was him. Of course there were some obstacles — *cough* Owen’s ex wife *cough* — but the book never got too angsty. And it didn’t fall victim to the conflict-could’ve-been-solved-with-one-conversation-itis that’s so common in books.

If you’re looking for your next favorite romance read, you should definitely think about Stud. It was the perfect mix of sweet, steamy and funny, a pure delight.

I believe in love at first sight. In happily ever after. I believed in touches that healed and kisses that could cut a man down.

My gaydar wasn’t just broken. It was smashed, splintered, and had been set on fire. I could never trust my intuition again.

It had been years since I’d flirted, and I’d never excelled at it back in the day. My mother had me at fifteen, something that scared the crap out of me. It had kept me away from girls awhile. Until I’d discovered sex. I may have been a late bloomer, but the studious kid I was, I’d made it my mission to uncover the glorious riches of a woman’s body. Every canvas was different. Each woman had her own secrets, her body a treasure map.

Treasures I hadn’t sought in ages.

Ainsley was the first in a long while to spark my interest, and I was about ready to forget my lawyer’s no-dating advice. I’d also vowed to take it slow this time. Make sure I really knew someone before getting involved. If my flirting skills weren’t on the corroded side of rusty, it would make getting to know her a hell of a lot easier.

“You’re doing well on the construction site,” I said. “Making a difference.”

“Pretty sure you’ve never used that hammer before, but you’re catching on quick.”

Her pointed look held more amusement than animosity. “Says you.”

“You telling me I’m wrong?”

Instead of answering, she said, “Did you know hammer heads can come loose? That’s where the term ‘fly off the handle’ came from.”

I cradled her hardhat against my stomach. It had a worn bit of plastic on top, protruding. I ran my finger over the sharp edge. My hands had a sudden need to keep busy. “You don’t say.”

“I do. Know what else?” She arched her back, and a rip in her shirt shifted, revealing a tease of purple lace beneath. Damn. Purple.

I shook my head in answer, didn’t trust my voice to speak. But man, those eyes of hers were stunning, sucking me in again. I’d bet they burned into blue flame when she was coming. The possibility had me wanting to pin her against the wall, feel her surrounding me, grinding on me. Sweat gathered at the base of my spine.

“Well,” she said, mischief lighting her face, “according to my online dictionary, there’s also a peening hammer. It’s used in metal work. There’s a cross-peen hammer. A diagonal-peen. Point-peen. Chisel-peen. Like lots of peens that hammer things. Ever used one?” She batted her long lashes at me, dangling her teasing bait to see if I’d bite.

I sure as hell wanted to bite. To nibble and lick and kiss. Heat flooded my groin, my thighs flexing automatically. Time to dust off my flirting skills. 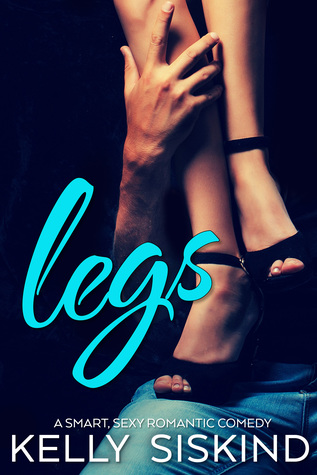 A small-town girl at heart, Kelly moved from the city to open a cheese shop with her husband in northern Ontario. When she’s not neck deep in cheese or out hiking, you can find her, notepad in hand, scribbling down one of the many plot bunnies bouncing around in her head. She laughs at her own jokes and has been known to eat her feelings—Gummy bears heal all. She’s also an incurable romantic, devouring romance novels into the wee hours of the morning.

Have you read any of Kelly’s books?
Think you’ll read this one?