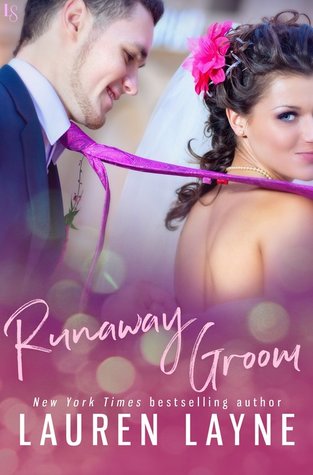 Gage Barrett’s reputation as a ladies’ man has been greatly exaggerated, but none of that matters after a drunken bet lands him on Jilted, a reality TV show that matches runaway grooms with wannabe brides. Now he’s stuck at a Hawaiian resort with nineteen women competing to drag him back to the altar—and one contestant who’s even more miserable than he is. Gage has no idea how feisty, independent Ellie Wright wound up in the cast, but it’s obvious she hates his guts. And if there’s one thing Gage likes, it’s a challenge. . . .

Ellie can’t believe she let her best friend talk her into exchanging her dignity for a glorified bikini contest. Still, she could use the exposure—her business is struggling—and she’ll probably be one of the first to get eliminated anyway. But Gage isn’t the shallow jerk Ellie anticipated—and he’s in no rush to send her home. As stolen kisses turn into secret trysts, she finds herself losing track of what’s real and what’s for the camera. With the wedding finale looming, this runaway groom is tempting Ellie to start believing in storybook endings.

It’s absolutely no secret how much I love Lauren Layne’s books. I honestly don’t think she can write a bad book. I fall for her characters every single time and Runaway Groom is the latest in a long line of exactly that. If you’re looking for your next favorite swoony and sexy romance, look no further.

Confession time: I’ve never been one to get obsessed with reality matchmaking shows like The Bachelor. I can understand why folks enjoy them, but they’re just not my cup of tea. In book form, however? Giiiiivvvvveee meeeeee. Especially when Lauren Layne is the one writing it. Now, the idea for Jilted is pretty farfetched being that it ends in an onscreen wedding, but it totally worked. Movie star status aside, I can see why the women on the show were falling all over themselves for Gage. He was so damn swoony. Some of the women were, as you might expect, totally over the top with their scheming on how to catch his attention. I got several laughs from that alone.

But, the best part of the book, hands down, was the budding relationship between Ellie and Gage. Ellie, a sassy, smart and successful woman who was on Jilted with the intention of getting publicity for her t-shirt company, was fairly adverse to the show’s premise. Despite the chemistry she and Gage shared from the start, she didn’t believe anything real could come out of the show. (She and I agree on that.) It’s all too forced, too convenient. Ellie wanted real. You know how they say you find what you’re looking for when you stop looking/least expect it? That.

I was absolutely obsessed with Runaway Groom, reading it in one sitting. I literally couldn’t put it down because I HAD TO KNOW how it would all shake out. (Don’t get me wrong, I assumed happily ever after but I wanted to see how it would all come together.) This book was delightful. It delivered a wonderful romance with plenty of swoons, smiles and sexy times… and even a few feels.

Are you reading Lauren’s I Do, I Don’t series?
Are you enjoying it as much as I am?

Tags: 5 Star Review, I Do I Don't, In Review, Lauren Layne, Runaway Groom