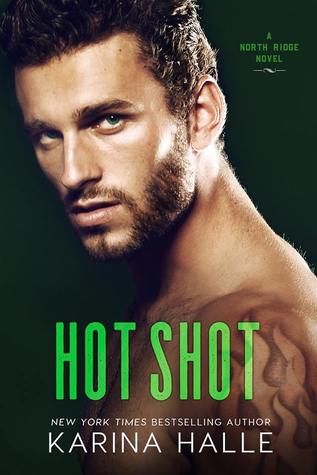 Delilah Gordon has a secret.

She’s been in love with her best friend and the boy next door, Fox Nelson, since she was six years old.

And while most of her friends and family know about her unrequited crush, the one person who remains oblivious is Fox himself. To Delilah, it’s better this way. She’d rather pretend that they’re just friends, even though her feelings for the moody, rugged mountain man are anything but tame.

Fox Nelson has a secret too. As a wildland firefighter or “hot shot,” Fox parachutes into danger every day he’s on the job, risking all to fight wildfires that threaten ranches, forests and thousands of lives. But while Fox’s job is only for the brave, inside he feels anything but. The more he grapples with his raging demons, the more he realizes Delilah is the only one who can put out the flames.

As the two friends grow closer – and more intimate – than ever before, the more complicated their relationship becomes.

And Delilah has one more secret to reveal.

A secret that will change both their lives… forever.

I feel like I’ve been waiting on Fox’s story for AGES now, but in actuality it’s only been a few months since the first book in the North Ridge series was published. It’s just that I’ve been so anxious for Fox’s story — all the while TOTALLY loving Shane’s and John’s – that it feels like longer. It was totally, 1000% worth the wait. Now I’m kinda sad it’s all over, if I’m honest. The men and women of North Ridge totally got under my skin — and into my heart.

Speaking of my heart, Hot Shot did one hell of a number on it and my feels. Each felt totally pummeled at times and overflowing at others and it all started with the prologue. As soon as I read that, I knew I was in for an emotional journey with Fox and Delilah. I wasn’t wrong. I fell hard for both of these characters – but for Delilah more so, if I’m being totally honest — and I shipped them so very hard. There’s a reason — or a lot of them, to be fair — friends to lovers is my favorite trope. Karina Halle reminded me of each and every one of them with Fox and Delilah’s story in Hot Shot.

No one writes complicated romance as well and with as many feelings as Karina and Hot Shot was further proof of that. It’s the latest in a long line of books that put me through the wringer as the characters navigated their way through the complexity of a burgeoning romance. The transition from the “will they/won’t they” burn into the “oh hell, what happens now” confusion and the “oh my poor feels” moments kept me flipping pages as quickly as I could. Fox’s past had left him broken — more broken that he appeared on the outside — and I’d be lying if I didn’t say I took issue with him a couple times. Thankfully it didn’t take all that long and his growth made it all worthwhile. I ended the book totally in love with him.

I wouldn’t really call Hot Shot a heavy book, but it certainly had its moments. Fox and Delilah were both dealing with some pretty serious issues and making tough decisions as a result of them. But there were also plenty of lighter moments — and some hot AF ones as well. Fans of the North Ridge series will be happy to get some great scenes with favorites from earlier in the series, as they all play a big part in Fox and Delilah’s story. Hot Shot was gorgeously written, full of feels and had plenty of steam, too.

In my book, love is a devastating force of nature, a raw, primal element that threatens all who dare to indulge in its flames. It’s a wildfire that spreads and consumes until all that’s left is a charred heart surrounded by ash and bone. There’s no taming it, no fighting back. No matter what you do, love will burn you to the ground.

The world is too big, this life too short, to want anything less than magic with someone.

I’ve had years of playing it safe. I want him to throw gasoline on the fire.

He’s everything I’ve ever wanted and everything I shouldn’t have and he’s fucking me life we might lose everything tomorrow.

“I want to love you, burn for you, until there’s nothing else left. Just your heart and mine.”

Have you read the other book in Karina’s North Ridge series?
Do you plan to read this one?