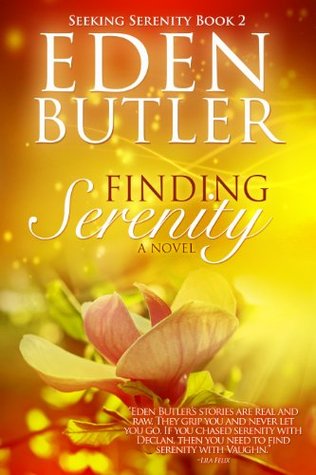 Mollie Malone's mom skipped out on her. Her biker dad, always loose and easy with the law, still was able to make her feel loved, and to keep her safe. But thirteen years ago, when his luck finally ran out and he landed in prison, Mollie found herself a new family - a group of friends in the sleepy little college town of Cavanagh, Tennessee, where now they all attend the local university. These girls know about the rotten roots of her family tree but accept her anyway, and the bond between them is so strong and supportive that Mollie is finally able to see past graduation to a future that is bright and secure.

But sometimes the past doesn't stay buried.

Suddenly, inexplicably, there's a shadow behind every step Mollie takes. Someone is lurking in that shadow, threatening not only Mollie, but also the new family she has claimed for herself.

And it isn’t just the past that has Mollie’s life in upheaval. Hunky former Marine Vaughn Winchester - who Mollie really would like to get to know much better - thinks Mollie is just a kid; he's made it clear she wouldn't ever be able to understand the demons haunting him. But if that's what he believes, then why does he keep sticking his nose in her business? And if he thinks she’s such a kid, why does he keep trying to kiss her?

Vaughn’s mind games are frustrating, especially since Mollie knows enough about secrets to be convinced that there's something he isn’t telling her, something he's so far been able to keep hidden. But when that secret is revealed, Mollie is forced into a situation that tests her loyalty and threatens even her closest friendships - just when the shadow of her past returns, and she's going to need them the most.

It feels like it’s been ages since I read Finding Serenity, but I guess that really doesn’t matter. Better late than never, right?

Simply stated, I just couldn’t get enough of Mollie and her Marine. She and Vaughn had such amazing chemistry, such a strong connection, that I was hopelessly sucked into the book and didn’t ever want to stop reading. Mollie was strong and sassy, just how I like my heroines. Vaughn was hot, swoony and protective. Mollie’s upbringing was intriguing to me and I enjoyed getting more insight to it throughout the story. I loved this little flirty, will-they-or-won’t-they thing she and Vaughn had going on and I couldn’t wait for the sexual tension to finally break. But, more than that, I genuinely enjoyed the character growth and progression of the storyline. I’m not gonna lie though — Mollie and Vaughn’s relationship was a big part of why I loved this book as much as I did. And boy did they give me plenty of feels along the way.

I’m so glad I discovered the Seeking Serenity series. I owe a HUGE thank you to my bookish bestie for putting it on my radar. This group of friends is the best and I can’t wait to make time to get the rest of their stories. I definitely need to get to the rest of this series very soon.

Vaughn Winchester is the single most confusing man Mollie has ever met in her life. The mixed signals he sends her has her head spinning and she isn’t sure how to respond to that last little dig for information.

It is slight, barely passable as a kiss at all, but Vaughn still craves it, wants it to linger, to expand until he doesn’t feel anything but Mollie.

Mollie Malone is like a drug. An annoying, addictive, impossible-to-ignore drug.

“You sure you want this? I’m a dirty, fucked up Marine, Mollie. I shouldn’t be touching you.”
“And I’m a trashy biker’s kid with a meth dealing daddy in prison. You sure you wanna touch me?”

“You smell so damn good.”
“I taste even better.”

“Some war wounds stay with us, son. Sometimes we carry them with us. But eventually, you have to leave the battlefield. You have to come home and forget.”

Have you read any of Eden Butler’s books?