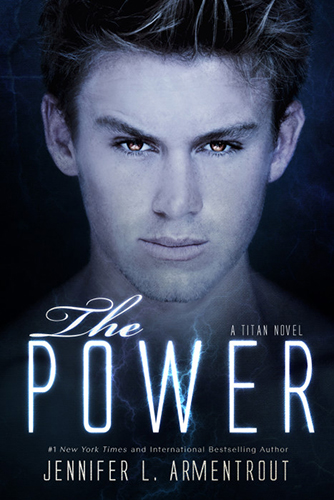 Fate has other plans.

The violence is escalating and war between the races seems inevitable, and it couldn’t come at a worse time. Hyperion may be out of commission, but Josie and Seth know they have only earned a reprieve. Seth must get Josie fully prepared, which means controlling her newfound abilities, and they need to find the other demigods before the Titans do.

But the gods are sensing a greater threat.

Only one thing is more dangerous than a bunch of starved Titans, and that’s an out-of-control Apollyon. The aether in Josie is drawing Seth in deeper, and when lust mixes with love and gives way to power, he knows being close to her is not only dangerous to her, but to everyone around them, but letting her go requires a level of selflessness that just isn’t Seth’s style.

The paths taken in the past are becoming the roads of the future.

Just as chaos breaks out, familiar faces from the past return, complicating the already strained bond between Josie and Seth, and when the danger from the Titans erupts with devastating consequences, the dark allure of power calls to Seth again, but this time Josie might not be able to pull him back.

And when the struggle between power and love becomes the deadliest battleground, there may be no salvation.

I should probably lose my official JLA fangirl card* for taking this long to read and review The Power. (*this isn’t really a thing.) I’m actually completely ashamed of myself and, honestly, I have no real excuse so I won’t even pretend. You should know that I am totally kicking myself for waiting this long because holy crap, what a follow up to The Return. I guess the only truly good thing about waiting so long is that The Struggle is available now and I can jump right on into it as soon as I make time.

Because it’d been so long since I read The Return, I was a little concerned I would have a tough time jumping back into the Titan world since I was more than likely foggy on the details. Thankfully, that wasn’t a problem. The Power picks up right where The Return left off and I had no problem whatsoever getting back into the groove. It wasn’t long before the details of the first book came back to me and I realized how high the stakes were as the story continued. This book had a decent dose of angst, but it wasn’t overwhelming. I was so solidly Team Seth and Josie that it did make it a little tough to read some scenes, but my affection for both of them only grew. Even when I didn’t like it, I understood the characters’ motivation and that helped get me through. I’m not going to get deep down into the story on this one because, let’s face it, you’re either reading this series already or you’re planning to and I don’t want to ruin anything for you.

I love these characters and I love this world. That’s saying something, too, because I’m not a big PNR reader. I guess maybe it’s just that I’ve not really found the PNR for me… until now, anyhow. With Jen’s trademark humor and heart — and a little bit of down and dirty goodness — The Power was a fantastic follow up to The Return. Josie was strong and amazing. Seth is still swoony and damaged and bit anti-hero-y. Even with the complications, I find these two so easy to root for. I’m anxious about what will happen during The Struggle, but I’m also really excited to see more of the story unfold. Now, I just need to find the time to read it…

Seth kissed like a man coming out of an extreme drought. He sipped and savored, drawing each kiss out of me. He was a man who thoroughly enjoyed kissing, took the scenic route and was absolutely in no hurry to get to the destination.

“You know what’s even more messed up? That mindset hasn’t changed, Jose. Not after what happened with Ares or what’s happening now with the Titans. Bigotry is literally the Twinkie of human emotions. Shit will survive the apocalypse.”

“How could I be everything to you when you broke my heart?”

“There has only been you. There will only be you, Seth.”

Are you reading the Titan series?

One response to “In Review: The Power (Titan #2) by Jennifer L. Armentrout”