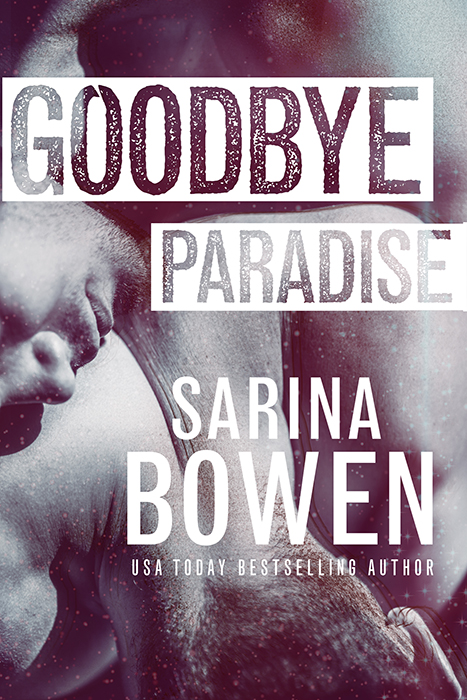 Most people called it a cult. But for twenty years, Josh and Caleb called it home.

In Paradise, there is no television. No fast food. Just long hours of farm work and prayer on a dusty Wyoming ranch, and nights in a crowded bunkhouse. The boys of the Compound are kept far from the sinners’ world.

But Joshua doesn’t need temptation to sin. His whole life, he’s wanted his best friend, Caleb. By day they work side by side. Only when Josh closes his eyes at night can they be together the way he craves.

It can never be. And his survival depends on keeping his terrible desires secret.

Caleb has always protected Josh against the worst of the bullying at the Compound. But he has secrets of his own, and a plan to get away — until it all backfires.

Josh finds himself homeless in a world that doesn’t want him. Can Caleb find him in time? And will they find a place of safety, where he can admit to Josh how he really feels?

Warning: Contains a hot male/male romance, copious instances of taking the Lord's name in vain, and love against the kitchen counter. This book was previously released under the title: In Front of God & Everyone.

I am so glad Sarina decided to release this book again under a new title and her own name! I don’t always pay a lot of attention to author names I’m not familiar with — unless my friends are raving about their books — because I like to make the most out of the reading time I have. This is especially true, I believe, when it comes to M/M books. I’ve enjoyed many. I’ve also tried to read others that just weren’t for me for one reason or another. But, I won’t get into all that here. 🙂 Bottom line is I’m just not likely to pick up M/M books from authors I’m unfamiliar with… and that totally bit me when it came to the original release of this one. (Though, honestly, I don’t really remember seeing it around either.) But I digress. Sarina is one of my favorite authors and I’m always over the moon when my favorites release new titles. And this one? I enjoyed it so, so much!

If you’ve read Sarina’s True North series, Paradise will probably sound familiar. It is, in fact, the place where Zach grew up. As much as I shunned the idea of the cult, just because of what it had done to a character I loved so much, I’ve also been fascinated by the concept. I learned just enough in this book to know that it’s ok to continue to be thoroughly disgusted with the way they treat children and young adults in the Compound. The important part is that Josh and Caleb were able to get out. It was only once they left that they were really able to find themselves and THAT is the part I loved most about this book. Well, that and the romance, naturally.

Josh and Caleb were both wonderful characters. I found them easy to root for, both separately as they leanred about themselves and the outside world and began to grow, and together as the couple they were obviously meant to be. There were a fair few feels along the way as they navigated this thing between them and the new world around them. They weren’t always good feels — darn you, Caleb! — but it all worked out in the end. These two knew each other like no one else and, maybe more importantly, they knew where each other came from and how it shaped them. It made for a solid start to a relationship that I loved watching grow — even when it hurt sometimes.

The secondary characters in this book won my heart just as much as Josh and Caleb did. They were so important to the story and the growth of my favorites, there’s no way I couldn’t love them, too. From the trucker, Washington, who was integral in helping them get to Massachusetts, to Maggie — a fellow former Paradise resident — and her husband, Daniel, it was a big feel-fest all around from me. I doubt we see more of Washington, but I hope Maggie and Daniel (and their adorable family) play a part in the second book in this series.

Goodbye Paradise was a wonderful coming of age book. I fell more in love with the characters with every page I turned. I definitely finished it with a huge smile on my face — and a couple tears in my eyes. I can’t wait to see what Hello Forever, the second book in this series, brings.

I’d come to accept a lot of things about myself, actually. It’s just that I could never speak any of them aloud.

“Every time we touch each other, I feel more certain, not less.”
“Certain of what?”
“Of this. Of living my own life, the way I want to. It isn’t just that it feels good. Although it sure the hell does. It also feels right.”

Do you love Sarina’s books as much as I do?
Can you pick a favorite?