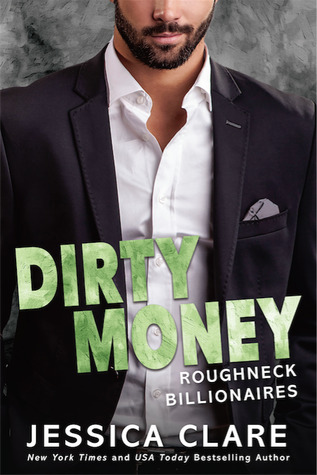 Boone Price and his brothers know oil; at least, the dirty, backbreaking side of working an oil rig. But when their scrubby, worthless hunting land turns out to be sitting on top of one of the biggest oil wells in North America, they go from the rig to the boardroom and end up billionaires practically overnight.

Now with enough money to do whatever he wants, Boone is developing a taste for fine things. And the finest thing he's ever seen is Ivy Smithfield, local realtor. Boone's determined to buy her affection and show the world that he's more than just a dirty fool with a bit of money. Ivy's classy and beautiful - she'll make the perfect trophy wife. The fact that she's sexy and funny is just a bonus.

There's one tiny problem - Ivy's as dirt poor as Boone is. Her carefully crafted veneer of luxury? All an act to promote her business. What's Boone going to do when he finds out the woman he's falling for is, well, in his league?

I’ve been excited about this book since I first saw the cover review for it a few months ago. I’ve never been big on “billionaire” books — with the exception of Jessica’s because they’re different than the norm — because I tend to go more towards men who get their hands dirty at their jobs. (Well, and athletes. But they work up a sweat so that’s the same thing, right? Anyway.) A “blue collar” billionaire? Sign me up for that.

Boone had a huge chip on his shoulder. He was tired of being disrespected by people based on his looks alone. Especially when he could pretty much buy any of them many times over. He was crude as hell. He had a filthy mouth (in and out of the bedroom). And I really liked him. There’s something about a man who is hard and rough on the outside, but sweet (in his own way) for the right woman. (And her alone.) He wasn’t a man of flowery words, but he didn’t need to be. His heart was in the right place.

I liked Ivy, too. I applauded her determination to make her own way and do the best she could for her and her little sister. I understood her desire to hide her old life and make a fresh start. Granted, I wanted to shake some sense into her at times, but it didn’t make me like her any less. Of course there was some pretty obvious irony in that Boone was looking for a “classy” “well-bred” woman and instead found himself hopelessly attracted to Ivy, whose background wasn’t all that different from his. And naturally there was bound to be a little bit of drama when he learned she was keeping that from him. Either way, I loved the chemistry between them. They were so very well matched.

Dirty Money was a short, hot and sexy read. I read this one in one sitting. I’m definitely looking forward to seeing what’s next in the Roughneck Billionaires series!

“Boone, there are many words I’d choose to describe you, but I don’t think ‘gentleman’ is ever one of them.”

“You’re fucking beautiful, Ivy. And you’re all mine. You know that, right? That once I claim you, you’re mine forever?”

Do you appreciate a hero who likes to get his hands dirty?