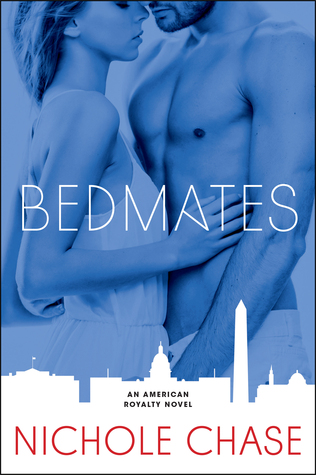 Everyone makes mistakes, especially in college. But when you’re the daughter of the President of the United States, any little slip up is a huge embarrassment. Maddie McGuire’s latest error in judgment lands her in police custody, giving the press a field day. Agreeing to do community service as penance and to restore her tattered reputation, Maddie never dreams incredibly good looking but extremely annoying vice president’s son, Jake Simmon, will be along for the ride.

Recently returning from Afghanistan with a life-altering injury, Jake is wrestling with his own demons. He doesn’t have the time or patience to deal with the likes of Maddie. They’re like oil and water and every time they’re together, it’s combustible. But there’s a thin line between love and hate, and it’s not long before their fiery arguments give way to infinitely sexier encounters.

When Jake receives devastating news about the last remaining member of his unit, the darkness he’s resisted for so long begins to overwhelm him. Scared to let anyone close, he pushes Maddie away. But she isn’t about to give up on Jake that easily. Maddie’s fallen for him, and she’ll do anything to keep him from the edge as they both discover that love is a battlefield and there are some fights you just can’t lose.

I first read this book waaaaaaay back in July. Yes, July. I just failed massively at writing my review at that point. I loved the book so much the first time around, I decided to buy the audiobook and read it again. I loved it every bit as much the second time around. The only difference is that this time I’m writing a review and sharing my feelings about it with you.

I’ve enjoyed Nichole’s books so much in the past. When I saw the cover and read the blurb for this one, I was over the moon excited. There aren’t nearly enough contemporary romance novels set in Washington, DC. (Or, if there are, I’ve not found them yet.) At any rate, I’m a total sucker for books that mix politics and romance — especially when they’re set in my city. But what I loved most about this book is that it wasn’t just politics and romance. I appreciated so much how Nichole approached PTSD in this book. It wasn’t pretty. It wasn’t glossed over. It was real and honest.

I really liked both Maddie and Jake — even if it took a little more time for me to truly fall for (and feel for!) Jake. I’m admittedly pretty tough on the heroes in my books and he made me mad early on. But… he more than made up for it later. I thought Maddie was a fantastic heroine. She had her flaws, sure, but she was also strong and determined. Jake, too, was flawed, but underneath he was dealing with horrors no one should have to live through. His time overseas in the military definitely shaped him and he needed help to move forward. Of course, he was also strong and stubborn, so it wasn’t like he was going to ask for it. Thankfully he found a way to let Maddie in. They were both better because of what was building between them.

Friends to enemies to friends to lovers will forever be one of my favorite tropes. When I was first introduced to Maddie and Jake, I knew there was no way they would be able to stay away from each other for long. The pull between them was far too strong. There’s no denying chemistry like that for long. Minus the thing at the beginning of the book, with Jake and the reporter, I liked how things progressed between these two. The romance was swoony. The sexy times were HOT. I fell for both characters along the way. And I got damn near pummeled with feels, too. But, I liked it. 🙂

So yeah, I’ve read this book twice. I enjoyed it both as an eBook and an audiobook. I thought the narrators did a great job bringing the story to life. It was easy to imagine I was truly listening to Maddie and Jake. The pacing was great and the emotions came through the second time as strongly as the first time. There was definitely a point in which I was crying on a plane.

Bedmates was a fantastic start to Nichole’s American Royalty series. (And fans of her Royals series might enjoy a cameo or two from beloved characters…) I’m super excited about this series and I can’t wait to see what’s next!

Maddie was the kind of woman you kept forever.

The kiss wasn’t rushed, wasn’t abrupt. It was slow, lingering brushes of lips, as our breaths slid over each other. It was an intense, raw moment as we tested unknown waters and what we found only increased our determination.

“I like the way I taste on you, Jake.” She pulled back and squeezed my shaft a little harder. “I like knowing what you did to me.”

“Madeline McGuire, you’re a bright star in a sea of black.”

The kiss set every fiber in my being alight. There was something spectacular about how his touch made the rest of the world disappear.

My heart cried for every person that came home from war bearing this horrible truth. There were no winners in war. Everyone on both sides was damaged in some way.

Nichole Chase is a daydreamer. No, really, just ask any of the math teachers that had the misfortune of seeing her name appear on their class schedule. For years she has had story lines and characters begging for attention, but she resolutely pushed them aside to focus on more normal (read, boring) jobs. Well, no longer! She is currently heeding the voices in her head and frantically writing their stories. Nichole resides in South Georgia with her husband, energetic daughter, super hero dog, Sulcata tortoise, and two cats. When not devouring novels by the dozens, you may find her writing, painting, crafting, or chasing her daughter around the house while making monster noises.

Have you read any of Nichole’s books?
Have a favorite?

Do you have a recommendation for other romance books set in DC?

2 responses to “In Review: Bedmates (American Royalty #1) by Nichole Chase”