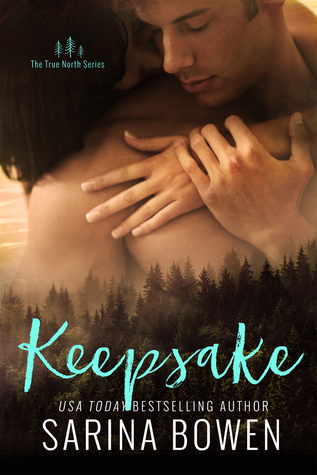 There's a first time for everything.

Lark Wainwright used to be fearless. Her life was a series of adventures, each one more exhilarating than the last. But her recent overseas adventure was one too many. Now she’s home and in one piece. Mostly. But her nights are filled with terror.

When her best friend offers her a stay at the orchard in exchange for help at the farmers’ markets, Lark jumps at the chance to spend fall in Vermont. But her nightmares don’t stop. Desperate to keep her fragile state a secret, she relies on the most soft-spoken resident of the Shipley Farm to soothe her when her dreams prove too much.

Zachariah is a survivor, too. It’s been four years since he was tossed aside by the polygamist cult where he grew up. He’s found a peaceful existence on the Shipley’s farm, picking apples and fixing machinery. But getting thrown away by your own people at nineteen leaves a mark on a guy. He doesn’t always know what to make of a world where movie quotes are the primary means of communication. Before hitchhiking to Vermont, he’d never watched TV or spoken on the phone.

Actually, there are a lot of things he’s never done.

Zach and Lark slowly grow to trust one another. One night they become even closer than they’d planned. But Lark may still be too broken to trust anyone. When she pushes Zach away, he will have to prove to himself that he's good for much more than farm labor.

It should come as absolutely no surprise that I love love loved Keepsake. Each book in Sarina’s True North series has been incredible — and special — in its own way and Keepsake is no exception. I’ve been interested in getting Zach’s story since the start of the series. I wondered who he would be paired up with and what that pairing would bring. I wanted to get into his head and learn more about where he came from. I got all of this and more with this book… and I couldn’t be happier.

I keep trying to put my finger on what is SO GOOD about Sarina’s books and, while I still can’t really come up with an answer aside from “Everything!” the characters are definitely one of the highlights. No matter who they are, where they came from or where they’re headed, I find a common ground and fall in love with them. That’s exactly what happened with Lark and Zach in Keepsake. These two just gave me all the feels. And, while I might’ve at first been all “Hell yeah, virgin hero FTW!” the truth is  Zach was so much more than that. (Not that I still don’t find virgin heroes hot. Let’s not get carried away.) But he was sweet and strong and vulnerable. I am a total sucker for that combination. Lark was special in her own way and I admired her for trying to remain strong after her ordeal in Guatemala. Of course, I also wish she’d gotten some real help sooner than she did, but I get it.

The pairing of Lark and Zach couldn’t have been more perfect, IMHO. The woman terrorized by her (more recent) past and the man who struggles to this day to overcome his upbringing finding something real with each other? It was perfection. I enjoyed how their relationship developed and I was shipping them hard pretty much from their first meeting. I loved how Zach comforted her. I loved how she reassured him that he is wanted and loved, that he had a place there. It was a beautiful thing… even if it was kinda bumpy at times. Caution: feels ahead.

I’ll keep my fingers crossed that this isn’t the end of the True North series. There are so many amazing secondary characters in this series and, being the greedy reader I am, I’d like to see each of them get a book of their own. If I can’t have ’em all, I’d settle for a book for May… and maybe Daphne… Dylan… and maybe even Chastity. I told you I was greedy. Regardless, even if this ends up being the last book, this series has been incredible and it’s an easy favorite for 2016. I hope you’re reading it. If not, get ready to binge because you won’t want to stop once you start.

This girl made me feel like a guilty teenager again, the one who was always praying that nobody around him could read minds.

Even the safest place in the world felt more elusive after you’d visited some of the ugliest ones.

My body was rarely touched by anyone other than me. I was a sturdy piece of equipment, like the trucks that I often repaired. My body was good for moving things from one end of the farm to another. But it didn’t provide comfort to anyone, let alone love.

I didn’t even know my own name. All I knew was the ache she made me feel. The need. My hunger was like a devil on my shoulder, urging my hands to coast down her back, pulling her hips against my eager ones.

“Remind me again, why you’re a virgin?”
“Never wanted anyone enough.”
“And now?”
“In my dreams, we do it every night.”

“So many people look after you. You have a big fan club, Zachariah Holtz. And I’m the president.”

Tell me you’re loving the True North series as much as I am?
Do you have a favorite in the series?

3 responses to “In Review: Keepsake (True North #3) by Sarina Bowen”