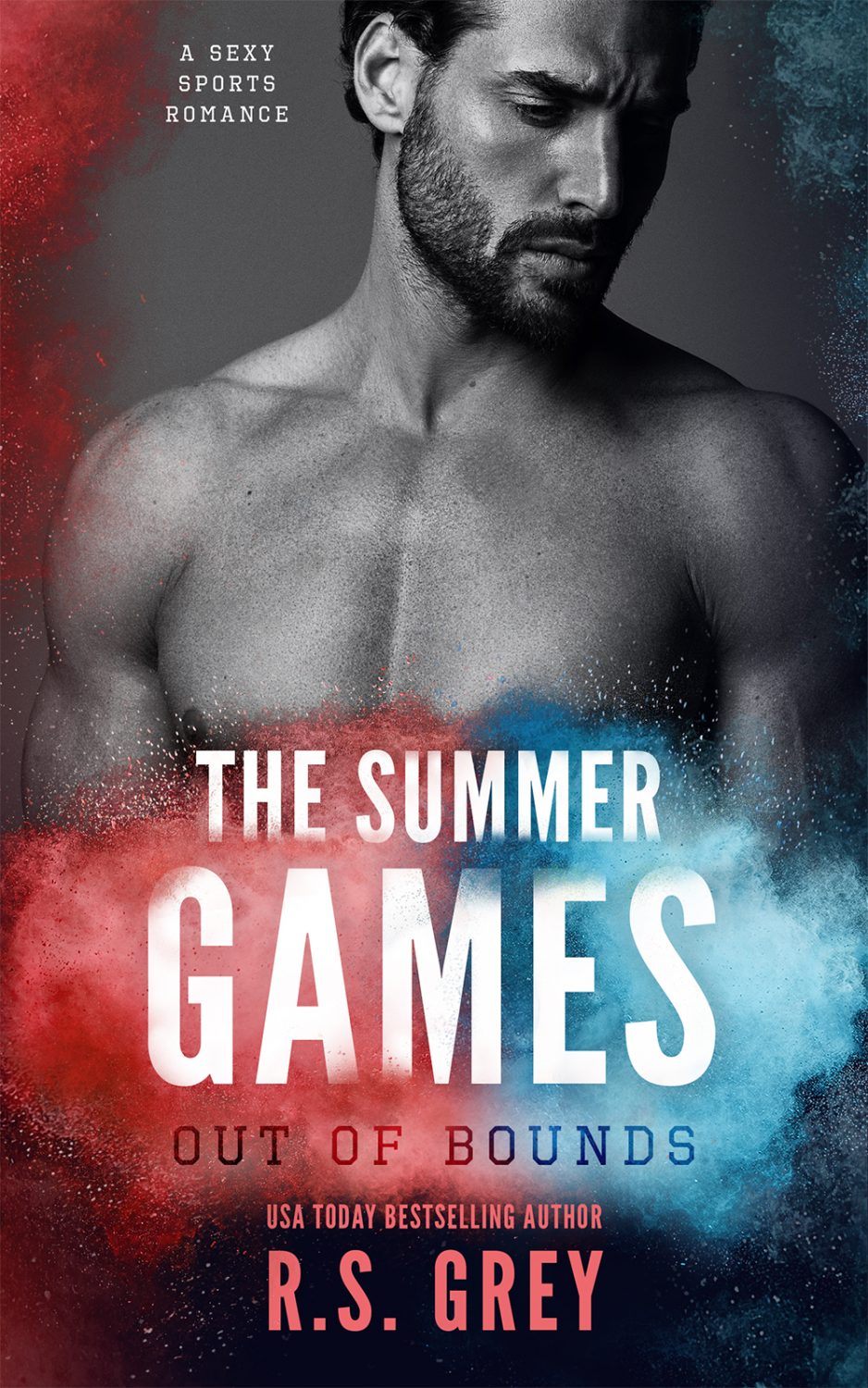 Out of Bounds by R.S. Grey
Series: The Summer Games #2
Genres: New Adult, Contemporary, Romance
Publication date: August 1, 2016
Publisher: Self-Published
Format: eARC, How I got it: From the author
Add it: Goodreads
Buy it: Amazon
My rating:
Heat level:

He’s arrogant and cruel—a man I wouldn’t wish on my worst enemy—and by some twisted turn of fate, he’s my new Olympic gymnastics coach.

I’ve had to contend with gruff coaches in the past, but Erik is far worse. His stern demeanor complements a body built for intimidation, and his reprimands come from a mouth so cunning, I know it could strip me of my defenses—if I let it.

Though each of us would love to be rid of the other forever, we are bound to each other by need and necessity. I’m his rising star, his best shot at proving himself to his critics. And without a coach, I have zero chance of winning gold in Rio.

The easiest way forward would be to wave a white flag and make peace with the man I’ll be sharing close quarters with for the foreseeable future, but he is intent on war.

If he pushes me, I’ll push back harder. If he wants to test me, to play with my head, I’ll show him just how many boundaries I’m willing to cross. Because I know it’s not a choice between winning or warring—not if you can have them both. At the end of it all, I plan on leaving Rio with gold around my neck and his icy heart in the palm of my hand.

I’ve been looking forward to reading Out of Bounds since finishing Settling the Score. There aren’t nearly enough Olympic-themed romances out there, so I’m glad R.S. Grey decided to do something about that this year. If she continued this series further, I’d be all over each and every book.

When I think of R.S. Grey’s books, I think of romance with humor. I don’t necessarily think of smoking hot, steamy AF sexy times. That’s DEFINITELY not the case here. Don’t get me wrong, this one still has the humor and heart that makes her books unique, but this time things got HOT. Like, “OMG am I really reading this in public” HOT. And speaking of hot, she gives a whole new meaning to “hot yoga” in this book. *fans self* (This is probably the most I’ve ever used the word “hot” in one paragraph, BTW.)

Out of Bounds was flat out addictive. I didn’t want to put it down once I started. First off, I loved the gymnastics aspect because I’m all about anything Olympics-related at this point. (Whyyyyyyy aren’t there more Olympics romances?!) I really liked Brie. She was dedicated to her mom and her sport and I found her really easy to root for. She was sassy and spunky and I love that in a heroine. Erik wasn’t the swooniest guy at the beginning – to be honest, he was kind of a dick – but I still liked him. Because we got glimpses of the story from both of their perspectives, I felt like I got to know him and I could see he wasn’t really the guy he was coming off as.

I love a good antagonistic romance and that’s definitely what I got here from Brie and Erik. Their chemistry was intense. The sexual tension was palpable. The sexy scenes were so freaking hot that I almost felt intrusive reading them. There was a lot of back and forth between them, but it made sense given their roles – she as gymnast and he as her coach. But, at the end of the day, you can’t ignore chemistry like they had… and I’m glad they finally gave in to it. It might seem weird to say this about such an antagonistic romance, but I truly do think they made each other better. With her, Erik softened. With him, Brie discovered there was more to life than gymnastics and embraced her desires more fully.

Out of Bounds was a great addition to The Summer Games series. I wish there were more books! The combination of R.S. Grey’s trademark laugh out loud funny moments and swoony/sexy romance with the timeliness of the Olympics has made these books a highlight of my own summer.

“You’re right, I’ve never been touched by someone like you. Show me what I’ve been missing.”

“Clearly, Molly is into some Full House shit, whereas you and me, Brie, we’re looking for the kind of love they can’t show on daytime television.”

It wasn’t fair that I was the only one boiling up inside. I needed to know I wasn’t alone. I needed one sign that he cared, something that told me he hadn’t completely forgotten about me, something I could hold onto in the middle of the night when I couldn’t sleep and visions of him hot and sweaty after his run replayed in my mind.

Will you be reading Out of Bounds?
Do you have any recommendations for other Olympic themed books for me?

Tags: 5 Star Review, In Review, Out of Bounds, R.S. Grey, The Summer Games