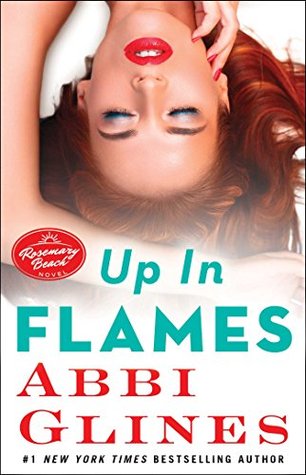 As the Prada-clad bad girl of Rosemary Beach, Nan Dillon has been called every vile name under the hot summer sun. Some of her reputation is deserved—she’s never had to worry about anything but maintaining her perfect figure and splitting Daddy’s private jet with her brother, Rush.

But Nan is far from happy. Rush has another kid on the way and doesn’t have time to catch up with his sister. Grant, the last guy she truly cared about, chose to be with her half-sister, Harlow, instead of her. And Harlow, who has never gotten over the way Nan treated her when she first moved to town, remains distant.

So when Major asks her out, she jumps at the chance to date the gorgeous charmer. Though she doesn’t know much about the sweet-talking Texan, and though it’s clear he doesn’t want to be exclusive, dating him beats hanging out with vapid socialites or watching Netflix alone at home.

For a while, Nan deals with Major’s playboy ways, but after he burns her one too many times, she takes off for an impromptu wild weekend in Vegas. There, she meets Gannon, a darkly seductive and oh-so-dangerous businessman who knows exactly how to handle her.

With Major asking for a second chance and Gannon haunting her dreams, Nan has to decide who to give her heart to. But what she doesn’t realize is that these players are involved in a much bigger game—and they’re already two moves ahead of her.

I have a lot of thoughts about this book. I’ll probably get into some light spoilers, so consider yourself warned.

I wouldn’t say that I’ve been waiting for Nan’s book, necessarily. She’s always been a character I loathed because of the way she behaved and how she treated characters I did like in the Rosemary Beach series. That said, I was still interested in reading her book. Would my opinion of her be the same after this book as it was before I went in? Would there be any amount of redemption for past wrongs? Would I understand her better? Like her more? Yes and no. I do feel like I have a better understanding of her character and I do like her… just a little bit. But that still doesn’t excuse the way she behaved earlier in the series. A rough past isn’t a license to be an utter asshole. I do, however, feel like she’s on a better path after this book. But I could go on and on about that forever. I won’t though.

So, this book. I had high hopes and, while it was an entertaining read that I couldn’t put down, I was disappointed. Why, you ask? Well, here are a few of the things that bothered me. (Spoilers likely.) I loathed Major. Like, hugely loathed him. I wasn’t a fan when he was in earlier books and, for awhile I was afraid Abbi was going to try to have these two characters fix each other in this book. She didn’t and I’m more than ok with that. But, I still didn’t like him. He’s the worst of the worst of men in new adult books. He thinks he has feelings for Nan, yet he quite literally screws any woman that crosses his path. I just can’t with that. Even though I wasn’t rooting for him and Nan to wind up together, it still pissed me off something fierce. I really liked Cope and, in the end, I think he’s good for Nan… but the roughness of their sex life bothered me. I’m all for some BDSM play, but this was too much for me for some reason. I can’t pinpoint exactly why except that he almost felt vicious when they were having sex. It raised my hackles, yet it seemed to be what Nan wanted/needed so I can’t say a whole lot about it. One of my biggest WTFs was the decision Nan made at about the 80% mark of the book. I … didn’t respect that at all and I was ready for outrage from Cope. But, there again, he seemed ok with it. So what can I really say? There was TOO MUCH DRAMA in this book. It felt rushed at times and I’m still not entirely sure I understand everything that went down in the secondary storyline. And perhaps the biggest disappointment of all for me? There was very little follow up with previous characters from the series. That made me sad because I really did like some of the early couples in the series so much better than some of the latter ones. That said, I am glad we got to see more from Blaire and Rush. They’re where the series started so it would’ve been so very weird if they weren’t a part of the end.

I know I just laid out a lot of flaws about this book, but I have to say … it was an entertaining read. Maybe if I would’ve just read it with low expectations and not overthought parts of it I would’ve liked it more. It wasn’t a bad read. At all. It just wasn’t what I expected/wanted from the last book in this LONG series. It did fit Nan though. I don’t think I would’ve believed it at all if she came out of this a TOTALLY different, Blaire-type person. She is who she is, but I understand and like her a little better now than I did before I started. I thought I’d be really sad to see the Rosemary Beach series come to an end, but I really think it’s time. And this was a pretty good way for it to go out.

All men were liars. Even the bighearted, pretty ones.

Anger, self-loathing, and feelings of inadequacy can make a person hateful. Bitter. A monster. That’s exactly what I didn’t want to become.

Girls were powerless when it came to pretty things.

It was me and my stupid need to be wanted. To belong to someone. For one man on this earth to believe I was worth it.

I wanted to be someone’s Harlowe. Or Blaire. But I’d always just be Nan. And Nan wasn’t enough. I never had been, and I was done trying to be.

“You are real, Nan. More real than any person I’ve ever met. So when I say I love you, know that I do. I love it all.”

Have you read any of Abbi’s books?
Will you be reading this one?