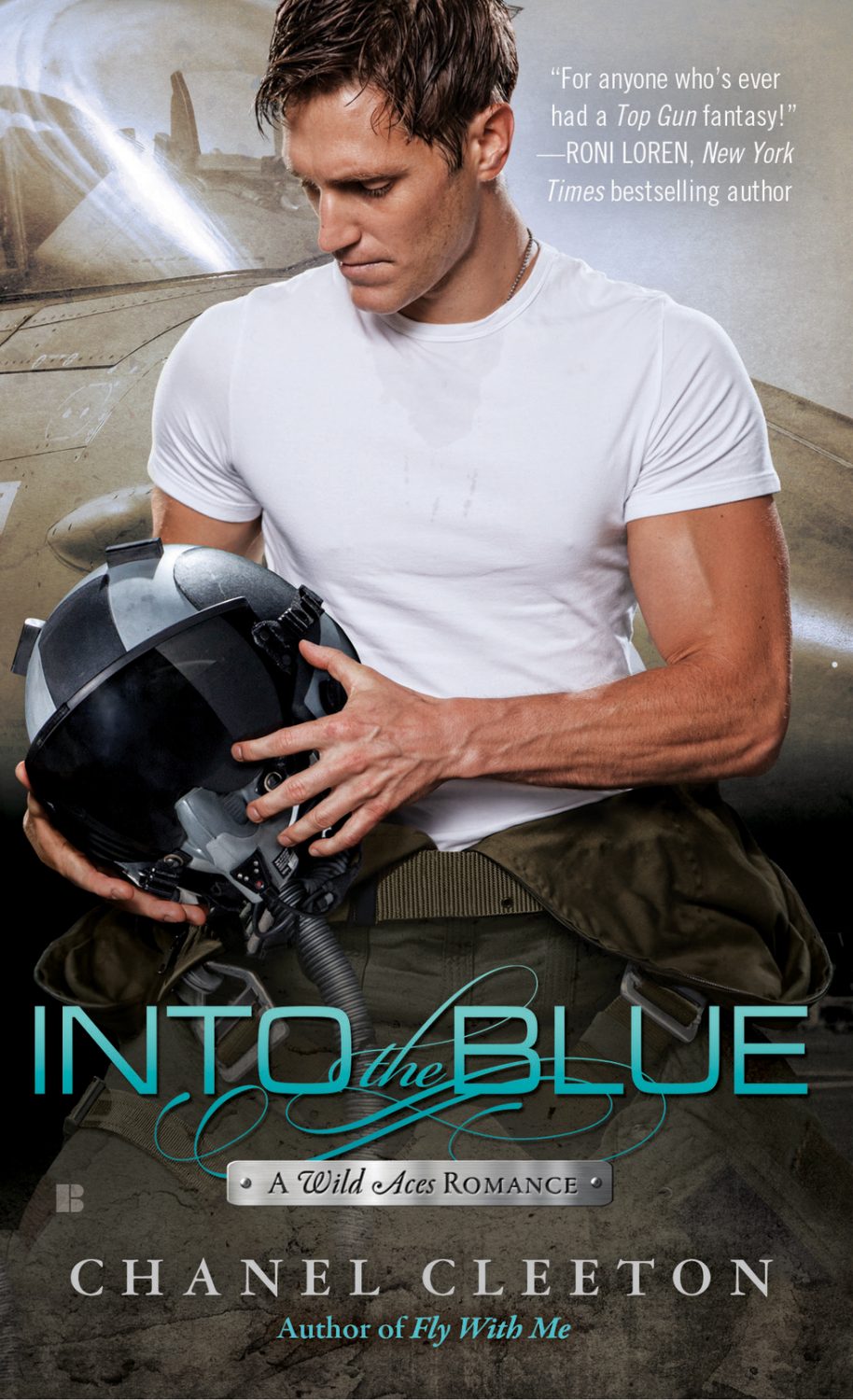 Eric Jansen—call sign Thor—loves nothing more than pushing his F-16 to the limit. Returning home to South Carolina after a tragic loss, he hopes to fix the mistake he made long ago, when he chose the Air Force over his fiancée.

Becca Madison isn’t quick to welcome Thor back. She can’t forget how he shattered her heart. But Thor won’t give up once he’s set his sights on what he wants—and he wants Becca.

Thor shows Becca that he’s no longer the impulsive boy he used to be, and Becca finds herself irresistibly drawn to him. But will Thor be able to walk away from his dream of flying the F-16 for their love or does his heart belong to the sky?

If you read my review for Fly With Me last month, you know how much I love love loved the book and just how excited I was to continue on with this series. I dove right into Into the Blue after finishing the first book and, I have to say, I loved it every bit as much as the first. And I need the third book, On Broken Wings, even more that I did before.

Second chance romance is one of my favorite tropes and I loved what Chanel gave us here with Eric and Becca and their story. As is often the case in second chance stories, things ended in a really messy way with these two. They were young and in love, for sure, but wanted different things. At least at that point. Now that they’re back in the same place, the old hurts are back… but so are the feelings. Eric and Becca had electric chemistry and it was obvious how much they still cared for each other. No matter how hard Becca tried to deny it and push him away. (For obvious reasons, too. It’s not easy to go back to trust someone again after they’ve shattered your trust.) I felt like I related pretty well to Becca and totally understood her character. (More than I should probably admit, honestly.) But I also loved the guy Eric had become. He was a genuinely good guy and I loved how hard he fought to make Becca realize that. Theirs was just a great love story and I fell head over heels for it – and both of them. This book has plenty of feels, too, they just weren’t as tough as the ones in Fly With Me were at times.

Part of what I love about series like this is seeing characters I really love get their stories AND finding out a little bit about what happens with them after their book is over. I really enjoyed finding out more about Noah and Jordan and where life has taken them since Fly With Me. I also enjoyed finding out more about Easy, Dani and the other characters I was introduced to in the first book. Now I’m in full-on grabby hands mode for On Broken Wings. It’s going to be a long, painful wait until January 2017. (Or whenever I get a review copy.) There’s every chance I will use that time to reread the first two books. I NEED Easy’s book, even though I’m pretty sure it’s going to kill me. (But hopefully it will put me back together when it’s all said and done.)

I’d gone out tonight hoping to have fun, to get my mind off of work and my overwhelming caseload, thinking that maybe if I was really lucky, I might meet a guy and maybe get laid. Instead, the past had caught me in its talons and I couldn’t shake loose no matter how badly I wanted to or how hard I tried.

Love was easy; trust was the hard part.

“I dated, but there was never anything other than casual, because that was all I had room for. And maybe, because I didn’t have anything left to give. I’d already given you my heart, and even if I’d wanted to, there was no way in hell I could get it back.”

It was both familiar and new all at the same time. As though I was kissing a stranger, because there was a desperation to the kiss that hadn’t been there before. This was a decade of pent-up unrequited whatever-we-were, and we kissed like we couldn’t get enough of each other.

What she called “unexpected,” I called “inevitable,” because there was no way we could be near each other, setting off the kind of sparks we did, without something catching fire.

“I fucked up with you. Spectacularly so. I hurt you and I hurt myself, and if I could undo all of the wreckage I caused, I would.”

There was family here, everywhere you looked. Maybe these people weren’t bound by blood, but they were bound by a powerful kind of sacrifice.

Is this series on your TBR?
It should be. 🙂

One response to “In Review: Into the Blue (Wild Aces #2) by Chanel Cleeton”