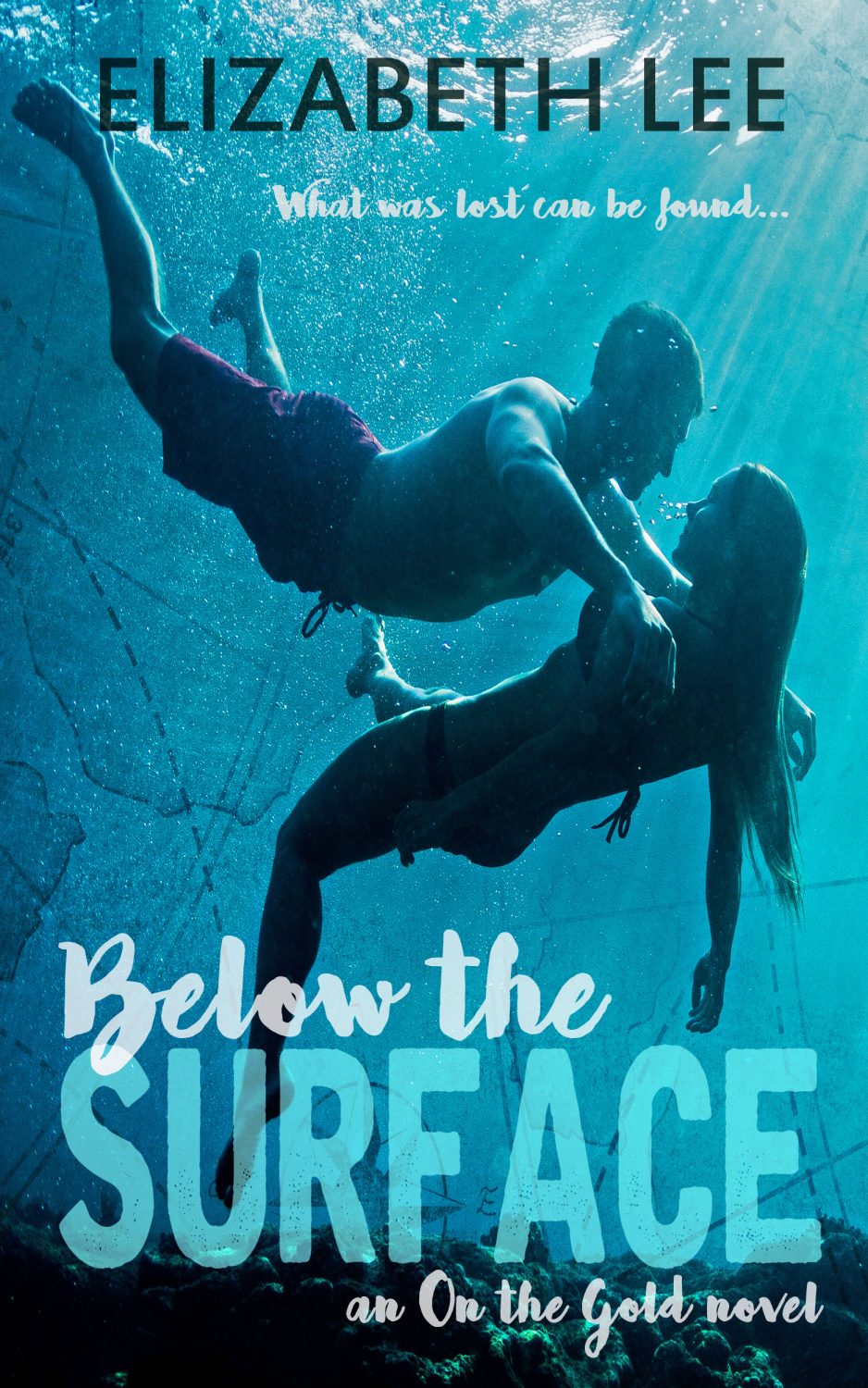 Below the Surface by Elizabeth Lee
Series: On the Gold #1
Genres: New Adult, Contemporary, Romance
Publication date: May 12, 2016
Publisher: Self-Published
Format: eARC, 200 pages
How I got it: From the author
Add it: Goodreads
Buy it: Amazon
My rating:

Daniella Alvarez and Dylan McKendrie used to be in love. They used to be a team. An inseparable force to be reckoned with. But, when tragedy struck, their relationship sank faster than the ships they used to scour the ocean floor for. Now all that's left are scattered remains of what used to be.

Dylan, no longer seeking the mysteries on the ocean floor, now goes for the sure things and the guaranteed paychecks. When a longtime friend suggests he has hard proof that one of those legends that used to keep Dylan up at night could be real, he's torn between going after the gold and maintaining the life he'd built since leaving The Florida Keys.

Daniella was always a dreamer. She's always been chasing what would most deem unattainable—professionally and personally. Everything she'd ever wanted seemed to slip through her fingers the day he left, which is exactly why his return has her seeing red.

Can the two of them put their past aside long enough to figure out a mystery that has plagued them both for years? Can they work together to see what lies below the surface?

When I finished Elizabeth’s previous book, Clutched, I was happy to learn that Dani, a minor character in the Wild Riders series, was going to be getting a book of her own. I was intrigued by her and was excited to get more of her story. When I saw the cover and read the synopsis for Below the Surface, I was even more excited. I can honestly say I hadn’t ever read a romance with a “treasure hunt” storyline. Unsurprisingly, it was really good and I enjoyed it a lot!

Y’all know I love my second chance romances. That’s exactly what Elizabeth gives us with Dani and Dylan in Below the Surface. It’s been over five years since Dylan left town – and Dani – after his father’s death. He’s back now because new information about The Starry Night, the sunken ship they were trying to find, has surfaced. Things didn’t end on a good note between Dani and Dylan, so it’s super uncomfortable at first when they’re face-to-face again. There are definitely some hard feelings on both sides, but it’s also pretty obvious that’s just because of the depth of the feelings they have for each other. What ensues is a tentative friendship that eventually gives way to them moving back towards what they were previously. I liked them as a couple. They had oodles of chemistry and there was plenty of sexual tension. I couldn’t wait for the dam to break.

I really enjoyed the story of The Starry Night, too. I thought it made such a great addition to the storyline and I appreciated how it paralleled Dani and Dylan’s backstory (minus the tragedy, of course, thankfully). I might not’ve had as many feels as Dani while reading the journal, but I’d be lying if I didn’t admit to getting a little misty when I did. I also really liked Minx, Dylan’s sister, and Cal, his best friend. They were fantastic secondary characters and I can tell you I’m already looking forward to their story in the second book in the On the Gold series. I might not know what the title is, or when it will be released, but it’s a book I’m definitely ready to get my hands on.

Below the Surface would be a great beach read. It was a quick one that I didn’t want to set down once I started. I thought the characters were easy to connect with and I liked the added bonus of the treasure hunt story. It was low on angst, drama and misunderstandings so prevalent in books of this type, which was just what I was looking for.

I’d been so focused on what my life was going to be like with him that I hadn’t thought about it without him.

Born and raised in the middle of a Midwestern cornfield (not literally, that would be weird), I’ve spent my entire life imagining stories. Stories where the right guy always gets the right girl, first kisses are as magical as they are on the big screen and anything is completely possible if you believe.

Although this journey began years ago, it recently took on a whole new life. After years of devouring hundreds of Romance, YA and New Adult novels, I had an epiphany... I should write a book. And I did it!

If I’m not reading, writing, enjoying drinks with my amazing group of girlfriends or chasing around a sarcastically funny kid, I’m probably watching television shows that were created for teenagers, while my husband teases that I’m too old to watch them.

Does Below the Surface sound like something you would enjoy?
Have you read any “treasure hunt” books before?

Tags: 4 Star Review, Below the Surface, Elizabeth Lee, In Review, On the Gold