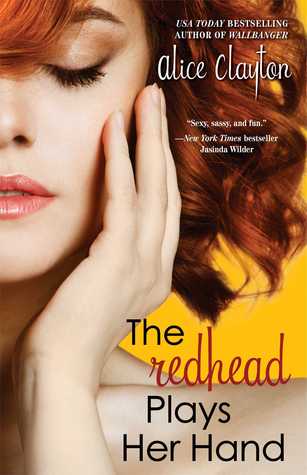 Grace has landed the lead in a new TV series—but when the director asks her to lose fifteen pounds, she goes public with her weight struggles and suddenly develops a huge fan club who support her right to have curves. But between that and the public’s continuing fascination with her “are they or aren’t they” relationship with Jack, Grace begins to wonder if anyone’s really interested in her because of her upcoming TV series, or if it’s all speculation about the size of her ass and her bedroom partner.

Meanwhile, Jack is voted the Sexiest Man Alive and becomes a little too enamored with the party-hard lifestyle. Grace vows to give him the space he needs to find himself, but then he begins to spiral down from lovable Brit to Hollywood brat. People are talking, but are Jack and Grace? Her career is on the rise, and his continues into the stratosphere, but will she be able to catch him if he falls? Will they ever be able to just be a couple who can hold hands when they walk down the street?

I might’ve thought The Redhead Revealed was a tougher read, but I had no idea what the third book would bring. While the second book brought my frustrations with Grace to the forefront, it was Jack who was doing a good job of making me mad in this book. But, when it was all said and done, it was totally worth the angst and drama. I adored these two characters and I really couldn’t be happier with the way this series wrapped up.  (Though I still wouldn’t say no to an epilogue novella or something…)

Grace has leveled off in this book. She’s matured SO MUCH from the first book. Her character growth really was spectacular. Her career is on track. She has a wonderful (and successful) boyfriend. But with the good comes the bad and she has her fair share of bumps in this book as well. The first one being the fact that she’s still being body shamed and has been encouraged to lose 15 pounds. With her past weight issues and even her present insecurities, you can only imagine how well this goes over. It pissed me off at first, but then I started to become really proud of the way she handled herself and her critics. Go Grace!

Where Jack was the more mature character in the first book (and even the second, to some extent), he takes a HUGE step backwards in this book. His age was definitely a factor, but his friendship with (asshole) co-actor Adam and the pressure he’s feeling from everyone plays a huge part in his actions during this book. I wanted to shake him and tell him to get his shit together. His partying and the persona it was painting for him with the media had him on the verge of losing everything… including Grace. Obviously that didn’t sit well with me since I freaking adore the two of them.

The Redhead Plays her hand might’ve been a bumpy ride, but I really enjoyed it. I’m proud of Grace for the growth she’s shown over three novels and, while Jack might’ve had quite a setback in this book at one point, I like how he came through the other side. There were a few more feels in this book than I was expecting, but there were also the fun, flirty and sexy moments I’ve come to expect from “Gracie” and “George.” I continued to love their banter and their nicknames for each other. And, honestly, just them in general. The last few pages were absolutely perfect and gave just the ending I wanted for these two. Big schmaltz. All over the place. 🙂

“I was falling for you the moment you pushed your boobies in my face, even with the sparkle.”

Have you read any of Alice Clayton’s books?
What are your favorites?