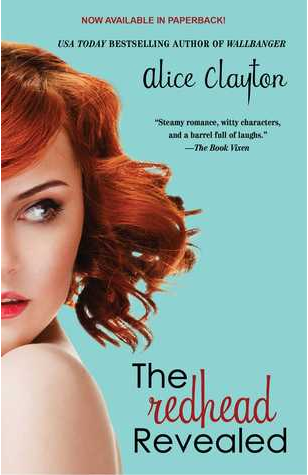 Publication date: November 5, 2013
Publisher: Gallery Books
Format: Paperback, 320 pages
How I got it: I bought it!
Add it: Goodreads
Buy it: Amazon | Barnes & Noble | iTunes
My rating:
Heat level:

Life is sweet. Grace Sheridan has just won her dream role in a new off-Broadway play, and the talented hunk flooding her phone with scintillating texts and scandalous photos is Jack Hamilton, the twenty-four-year-old “it” Brit whose Hollywood career is about to climax faster than . . . you know. So what if their steamy relationship is bicoastal and under wraps, or that L.A. fangirls are grabbing Jack’s ass?

Absence does make the heart grow fonder and the libido hotter, but their few weekend visits feel more more like fast food than the five-course dinner they crave. And then—the creator of Grace’s new show is the man who broke her heart back in college, and he seems to have written the play just to make amends with his leading lady.

As rumors spread that Jack and his lovely, leggy ex-girlfriend have gotten back together, Grace starts to wonder about her own feelings. Can lust alone keep our favorite, feisty duo together, or will Grace find herself back in safer, more familiar arms?

Long distance relationships aren’t easy. They’re even more difficult when insecurities take over a normally rational person. Holy crap, Grace. Her insecurities were out of hand in this book. I did try to put myself in her shoes and see how it would feel to be a) an older lady, b) dating one of the hottest hunks in Hollywood, c) judged in the tabloids for her age, and finally d) separated from said hot Hollywood hunk by several thousand miles. Yes, it would be tough. I get it. Yet, I still wanted to shout at her sometimes. He loves you, lady. He keeps telling you. Believe him!

Now that I’ve gotten that out of my system, I can continue. I enjoyed this book. Maybe not as much as the first in the series, but it was still a good read. I was totally a Grace/Jack fangirl. I loved their texts. I didn’t care for some of the drama, but it felt right for their characters and where they were at the time, however. It was only when these characters were separated by more than miles that I had a real problem with this book. They were both sad. I understand that. But their actions during that time made ME sad. In fact there were definitely a few tears on my part. They pulled me out of the sad tears and gave me happy tears pretty quickly though, so I’ve tried to overlook that.

The Redhead Revealed might not have been quite as lighthearted as The Unidentified Redhead, but it still had its playful moments. It still made me giggle and swoon. Where the first book was more of a fantasy came true, it’s in this second one that reality really sets in and they have to work a little harder for their relationship. I was totally onboard with them and couldn’t read fast enough to find out what would wind up happening. It was still obvious how much they loved each other and that kept me going through the bumps that threatened to derail their relationship and my love of this series.

“Get your sweet ass back here. Room 2104.
Don’t make me come looking for you—
I will make a scene.
I will identify this motherfucking redhead.”

Have you read any of Alice Clayton’s books?
What are your favorites?