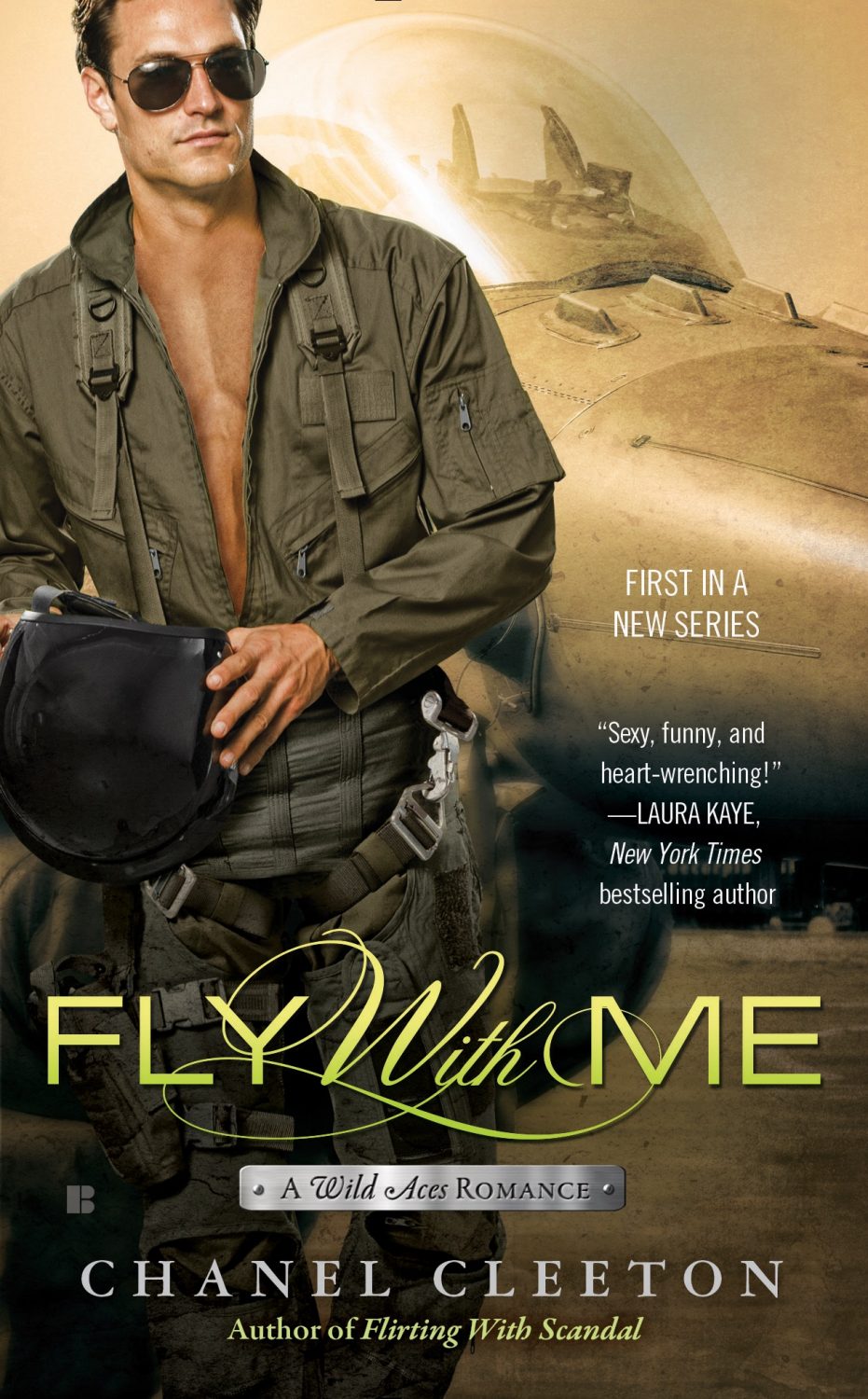 Fly With Me by Chanel Cleeton
Series: Wild Aces #1
Genres: Adult, Contemporary, Romance
Publication date: May 3, 2016
Publisher: Berkley
Format: eBook, 320 pages
How I got it: From the publisher
Add it: Goodreads
Buy it: Amazon | Barnes & Noble | iTunes
My rating:

U.S. Air Force fighter pilot Noah Miller—call sign Burn—loves nothing more than flying hard and fast. When he meets a gorgeous and sassy woman while partying in Las Vegas, he immediately locks on to her.

Jordan Callahan owns a thriving clothing boutique, but her love life is far less successful. Her luck changes when six feet, two inches of sexy swagger asks her to dance and turns her world upside down.

One scorching weekend becomes an undeniable chemistry that they can’t leave in Vegas. But the long distance relationship and their different lives threaten to ground their romance. And when the dangers of Noah’s job become all too real, Jordan learns being with a fighter pilot means risking it all for a shot at love…

This book. My God, I loved it. I don’t even know if I have words to describe just how much I loved it. It’s been a long time since a book made me feel as much, as strongly, as this one did. I’ve loved each and every one of Chanel’s books in one way or another, but this one is truly something special. This series is special. I want all of my romance-loving friends to read it. So you should get on that.

Noah and Jordan blew my mind. When they met in a Vegas club, they were only supposed to be a one-night hook up. (Or, at the most, a one-weekend hook up.) They were from different places, wanted different things. They couldn’t ever really be. Yet, as they spent those first days together, they realized they couldn’t give each other up. Which is good, because I couldn’t give them up either. These two were just about the perfect pair, in spite of – or maybe because of – their differences. I adored them. From their amusing banter to the hot AF sexy times to the very real feels that grew unexpectedly, quickly – I just couldn’t get enough of them together, even when things got kind of bumpy.

There’s just so much more to Fly With Me than romance, though admittedly the romance was one of my favorite parts. (Noah and Jordan. <3 <3 <3) It’s about service and friendships and loss. It’s about finding yourself and your passion, and realizing that sometimes you have to compromise to keep that person you love in your life. It’s about the strength it takes not only to be in the military, but the more understated (and just as important) strength it takes to love someone in the military. It’s real and raw and not always pretty. And it punched me in the feels more than once. It was sad at times, but it was also beautiful in others. These characters left a mark on me and it’s one that won’t go away anytime soon. (I mean, I’m teary-eyed just looking over my favorite quotes and writing this review.)

Do yourself a favor and pick this book up. If you’re an emotional reader, you’ll want some tissues and maybe wine or ice cream. If you’re not an emotional reader, you will still enjoy the romance, characters and sexy times. This book truly has something for everyone. (And the second book, which isn’t out until July but that I thankfully had an early review copy of, is every bit as good.)

This was a one-night stand. Maybe if things went well, two nights. His touch was supposed to make me come. Instead, it unraveled me until I was quivering each time his flesh grazed mine.

I drank his sighs as though they were water and I was dying of thirst, wanting, needing to take each part of his body into mine.

“I never want to stop touching you. It feels wrong to be near you and not touch you. My hands turn greedy around you. So fucking greedy. I can’t get enough. There are too many places on your body that I want to touch, kiss, lick, fuck.”

It felt like forever, and at the same time, like the blink of an eye. There were no words, nothing but the joining of our bodies speaking a frenzied beat. And then she was coming, and I was coming, and our bodies collapsed in a heap on the bed, and I knew without question that she had ruined me for all other women.

When it was love, capital letters, can’t-live-without-you love, there wasn’t much of a choice. We were forever, for however long forever lasted.

Like so many monumental days, the reality of it was like a photograph with blurred edges. It would come back to me in pieces, flashed I would remember for the rest of my life.

Will you be reading Fly With Me?

7 responses to “In Review: Fly With Me (Wild Aces #1) by Chanel Cleeton”