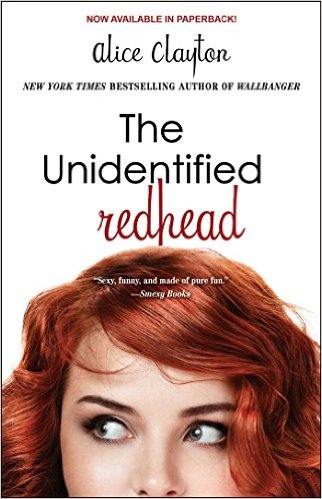 When Grace Sheridan returns to Los Angeles to become a working actress, it’s a second shot at a life-long dream. With some help from her best-friend agent, will that dream become a reality—or at thirty-three, has Grace missed her chance at the big time? And when an unexpected sizzling romance with Jack Hamilton, the entertainment industry's newest “it” boy, threatens to shine an uncomfortable spotlight on her life, how will that affect her career…and his?

Funny, borderline neurotic Grace is perfect in her imperfections, and the sexual chemistry between her and charming yet blissfully unaware Jack is off the charts. With laugh-out-loud dialogue and a super-steamy romance that will get your heart racing, sneaking around in L.A. and dodging the paparazzi has never been so fun.

Since I began my TBR Thursday feature, I’ve spotlighted thirteen books. I’ve not, however, read any of them, despite the encouraging comments from readers and bloggers. Yesterday, as I was home feeling all the pains of being a woman, curled up with not one but TWO heating pads on my couch, I decided there was no time like the present to break the seal and read my first. I picked The Unidentified Redhead because after the events of this week, I was still seeking a funny read. I can always count on Alice Clayton to deliver the laughs – and feels. She did both with this one. I couldn’t have picked a better first TBR Thursday book than this one.

I found myself drawn to Grace immediately upon starting to read this one. I loved her sassiness, how strong and determined she was and, as is often the case with Alice’s books, her amazing inner dialogue. It was easy to identify with some of her own issues from her past and I really just liked who she was in the present. Did I want her to maybe be a little more serious when it came to her feelings about Jack sometimes? Sure. (I think he wanted that as well.) But, that’s just who she was. I suspect things might change on that front a little in the second book, so I won’t get ahead of myself.

Jack was so damn swoony I could barely stand it. Hot. British. Nine years younger than Grace. Up and coming actor. Sex god. (Or maybe oral sex god?) I just flat out adored him. And it was obvious from the start that he adored Grace. I loved their banter; it frequently left me literally laughing out loud. He was mature beyond his years, you know, being only 24 and all. Sometimes he seemed more mature than Grace, honestly. He’s on the cusp of breaking out HUGE in Hollywood, but it’s not gone to his head. He was just about the perfect book boyfriend. The fact that he was a little dirty talker – who definitely backed up his words – didn’t hurt, either.

I’m always slightly skeptical when there’s a big age difference between a man and a woman in books, particularly if the woman is older because women mature more quickly than men (blah blah blah), but I never had that issue with Jack and Grace. They were so perfectly suited it almost hurt at times. They had it all together: real emotions, witty banter, passion, an understanding of each other’s careers and a connection you just couldn’t deny. The age difference really wasn’t even a thing – as long as Grace stayed out of her own head. Of course, nothing is perfect and every relationship has some bumps. Here those were mostly caused by them having to (try to) keep their relationship on the down low and away from the paparazzi. (You know, Jack’s career and all… it wouldn’t look good for him to be in a relationship right now.) But they managed to get some alone time. (Oh, did they ever. Sometimes with a pretty much unrealistic amount of sexy times. But I’m not mad.)

I really enjoyed this book. I went through all the emotions and had some pretty strong feels at the end. There is a bit of a cliffhanger, but it’s not a particularly painful one. (I don’t even know that it’s really a cliffhanger. Things just aren’t finished in the first book.) Which, of course, meant that I felt a burning need to jump straight into the second book last night before bed. I don’t regret it. Much. I just wish I could’ve finished it, but sleep was necessary. (Still, I’m struggling a little today, but I had to get this review out!) But, I digress. Back to the book. Jack and Grace were just wonderful together. They made me smile, laugh and blush. I loved following along with their story and look forward to getting the rest of it as I continue my series binge tonight and into the weekend.

I kinda hate that this book, awesome as it was, has just been sitting on my bookshelves for well over a year. (Maybe even closer to two?!) But I’m glad I decided to pick it up now. It was just the read I needed and it’ll be fun to binge the rest of the series without any wait between books. If you have this one on your shelves, I suggest you pick it up. If you don’t, add it to your wishlist if you’re a fan of funny, hot and sweet romance. You won’t be sorry.

Have you read this series?
Did you enjoy it as much as I am right now?

6 responses to “In Review: The Unidentified Redhead (Redhead #1) by Alice Clayton”