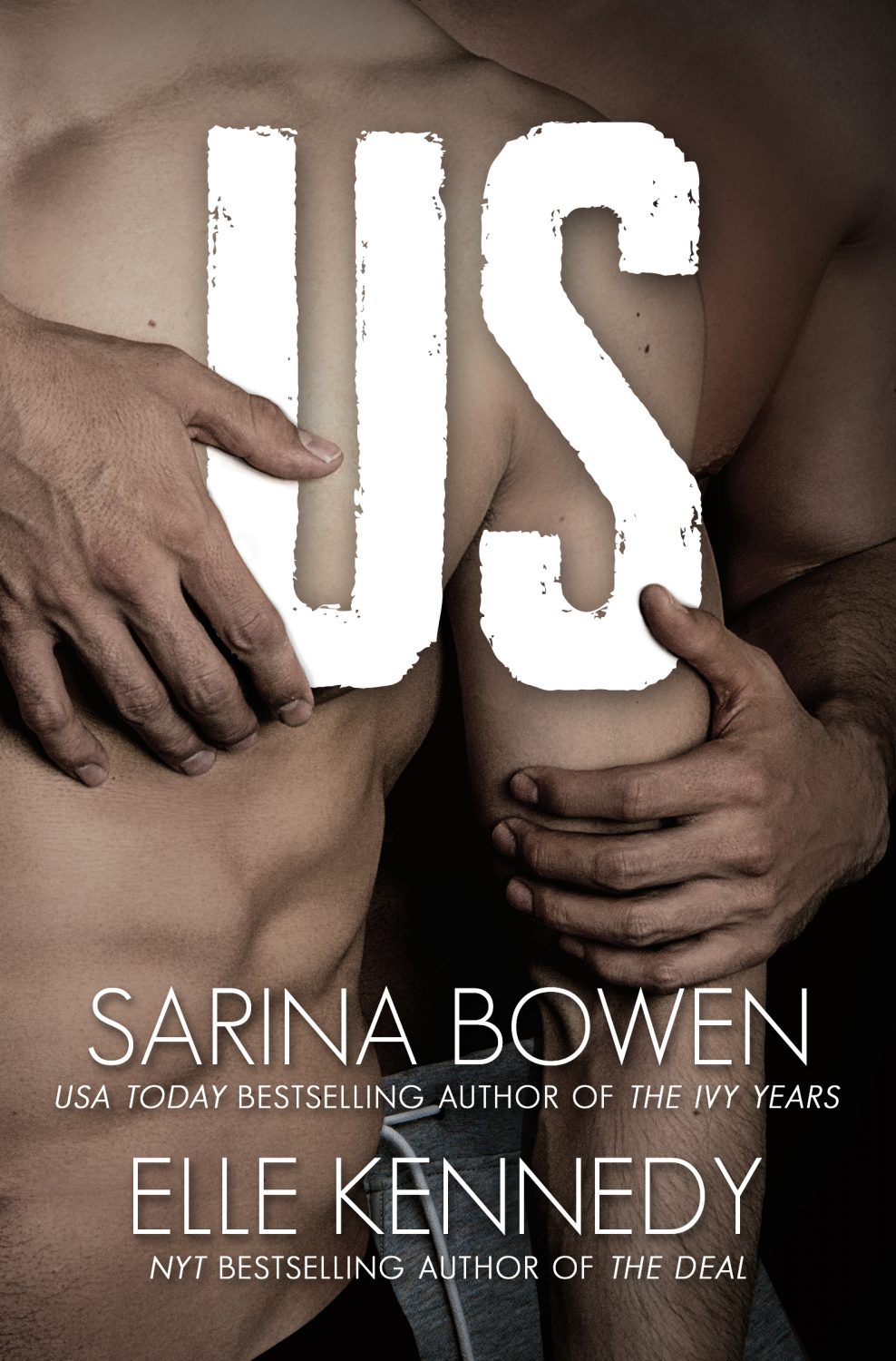 Us by Sarina Bowen, Elle Kennedy
Series: Him #2
Genres: New Adult, Contemporary, Romance, LGBTQ
Publication date: March 8, 2016
Publisher: Self-Published
Format: eARC, 255 pages
How I got it: From the author
Add it: Goodreads
Buy it: Amazon | Barnes & Noble
My rating:

Five months in, NHL forward Ryan Wesley is having a record-breaking rookie season. He's living his dream of playing pro hockey and coming home every night to the man he loves–Jamie Canning, his longtime best friend turned boyfriend. There's just one problem: the most important relationship of his life is one he needs to keep hidden, or else face a media storm that will eclipse his success on the ice.

Jamie loves Wes. He really, truly does. But hiding sucks. It's not the life Jamie envisioned for himself, and the strain of keeping their secret is taking its toll. It doesn't help that his new job isn't going as smoothly as he'd hoped, but he knows he can power through it as long as he has Wes. At least apartment 10B is their retreat, where they can always be themselves.

Or can they? When Wes's nosiest teammate moves in upstairs, the threads of their carefully woven lie begin to unravel. With the outside world determined to take its best shot at them, can Wes and Jamie develop major-league relationship skills on the fly?

I can’t tell you just how happy I was to learn that Sarina and Elle were writing a sequel to Him, one of my favorite books of 2015 and one of the best M/M romances I’ve read so far. I loved Wes and Jamie and I felt like there was more story there. I’m glad the authors agreed. 🙂 This was utter perfection. I couldn’t have been happier with it.

Him was about the start of the relationship between Wes and Jamie – and all the messy things they had to deal with to get together. Us tackles what happens after. Life gets complicated for these guys, but in a very realistic, non-trigger warning kind of way. They’re dealing with Wes’s pro career and Jamie’s coaching career and the fact that they’re away from each other more than they’re together. Which is tough on any relationship. Add in the fact that Wes wants them to keep the true nature of their relationship hidden until he gets through his rookie season, and there are potential land mines all over the place. You know, especially considering they live together and one of Wes’s teammates just moved into the same building… and he is a bit of a clinger. (But in the best way possible. I ADORED Blake.)

So yeah, this was a bit of a bumpy read at times, but it still had all those things that made Him so spectacular when I first read it. Wes and Jamie are just SO RIGHT together. I loved the humor – their banter is so, so good. They had me laughing out loud one minute, swooning the next and fanning myself soon after. Their sexy times were, as you would imagine, hot as hell.

Us was the total package. It gave me feels, funnies and … sexy times. 😉 But it did it all with a dose of realistic issues couples face, without being overly dramatic or angsty. I never felt like my favorites were being put through the ringer or dealing with things that just wouldn’t happen. (Which meant I didn’t feel tortured either. Ha!) I loved the addition of Jamie’s sister, Jess, and Wes’s teammate, Blake, in this book. *wink wink* I see good things for them in the future, too. Hopefully. This was just a fantastic read from start to finish. I couldn’t put it down once I started and I still wanted more when it was all said and done. I love these characters so damn much.

If you loved Him, you have to read Us. You won’t be sorry.

Oh, for the record? I’m totes claiming Blake. So hands off, ladies.

“You look fucktastic. Like J-Tim after he left NSYNC and got hot. But I want to feel it on my balls before I weigh in.”

The way I feel about Ryan Wesley… it’s something I thought only existed in the movies. He’s my other half. We complement each other in more ways than I can count. When he’s in the same room, I’m focused on him, and when he’s gone I walk around missing him.

“I have no idea how Eriksson and the other guys do it,” Blake continues. “I’m exhausted during the season, and I’m single.” He mock shivers. “Imagine having a wife and kids. That’s, like, terrifying. Do you think that’s how zombies are created? Like it’s not some craz-o virus, but just being so dead-ass tired that eating brains suddenly seems like a good idea?”

“Stop fucking teasing me and start fucking fucking me,” I rasp.
“Fucking fucking you? Did you really need two fuckings?”
“One’s an adverb and one’s a verb.” My voice is as tight as every muscle in my body. I’m about to go up in flames if he doesn’t make me come.
His laughter warms my thigh. “I love the English language, dude. It’s so creative.”

Do you read M/M romance?
What are some of your favorites?