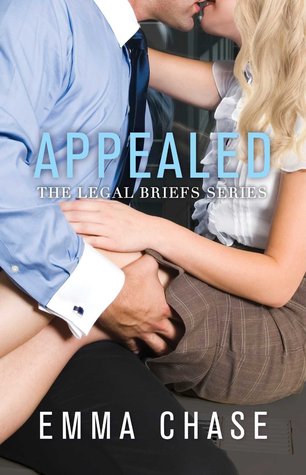 When Brent Mason looks at Kennedy Randolph, he doesn’t see the awkward, sweet girl who grew up next door. He sees a self-assured, stunning woman…who wants to crush the most intimate - and prized - parts of his anatomy beneath the heels of her Christian Louboutins.

Brent has never let the loss of his leg in a childhood accident affect his ability to lead a fulfilling life. He sets high goals–and then he reaches them.

And now he has his sights set on Kennedy.

When Kennedy looks at Brent Mason, all she sees is the selfish, Abercrombie & Fitch catalogue-worthy teenager who humiliated her in high school to join the popular crowd. A crowd that made those years a living hell.

She’s not a lovesick social outcast anymore - she’s a DC prosecutor with a long winning streak behind her. Brent is the opposing attorney in her next case and she thinks it’s time to put him through a little hell of his own.

But things aren’t exactly working out that way.

Because every fiery exchange has her wondering if he’s as passionate in the bedroom as he is in the courtroom. Each argument and objection only makes him want her more. In the end, Brent and Kennedy may just find themselves in love…or in contempt of court.

I should’ve written this review weeks ago. I just couldn’t bring myself to say goodbye to this series and these characters quite yet. In fact, when I picked up my iPad and started looking at my highlights to find my favorite quotes, I ended up rereading the book from cover to cover again. I couldn’t stop once I so much as glanced at any of the words.

Much like its predecessor Sustained, this book was delightful. It was emotional, sexy and sweet – a wonderful second chance romance. I adored Brent and Kennedy. I was a Brent fan from seeing him in the background earlier in the series, but I couldn’t wait to see him in the spotlight. Moreover, I couldn’t wait to meet the lady that made him realize there was more to life than a hookup. (Or series of hookups.) I’m a sucker for a second chance romance and this is one of my favorites I’ve ever read. Brent might’ve gotten around in the past, but he was absolutely all in when Kennedy came back into his life. No other woman could even begin to hold a candle to her.

Kennedy was a fabulous leading lady. She was tough without being hard and didn’t take crap from anyone. She’d done enough of that in the past when she was bullied because of her friendship with Brent. And, let me tell you, some of those scenes were so freaking hard to read. I hate that she went through what she did and I was angry at Brent for not stopping it… even if he didn’t know the extent of what she was dealing with. I have no doubt he would’ve tried his best to put a stop to it if he had been aware. He was a dumb kid in a lot of ways back then, but he still had a good heart underneath and Kennedy had been special to him.

Brent and Kennedy gave me major butterflies. They were just too perfect together. Things might’ve been a bit tense between them when they were first reunited, but it didn’t take long for that to melt away and for them to pick up where they left off. Sure, there were some issues that needed addressed but all in all, this one was pretty low on drama. It was big on sexy and swoony, however. Brent had a dirty mouth and I loved it. Kennedy gave as good as she got in and out of the bedroom, so it made for a fun match. Plus there’s just something special about childhood friends being reunited and realizing they’re anything but just friends.

I laughed and cried with this book. There were some fantastic scenes featuring Stanton, Sofia, Jake, Chelsea and their family. I loved how Kennedy fit in the picture with them, despite being on the other side of the courtroom. I am so sad that this series has come to a close, but I have to give a shout out to Emma for an AMAZING (second) epilogue. (Ok, the first one was pretty amazing, too.) But the second one? It was everything. I get a little teary eyed even thinking about it.

This beautiful, sweet, strong girl in my arms. She got to me forever ago – under my skin, into my heart – and she’s been there, waiting, ever since. And now she’s here – in my bed – her skin flushed with excitement, her fingers gripping my shoulders, her teeth nibbling at my lips in a way that makes me almost lose my fucking mind.

I want to figure her out, to learn every part of her – the soft curves, the sharp edges, the dark, shadowy corners she tries so hard to hide. I want to break down her doors, climb her ivory tower. I want to slay all her fucking dragons.

“Brent…” She gasps, fingers running through my hair. “This is real. Tell me this is real.”
My eyes jerk up to hers and I cup her jaw in one hand. “It’s real. This is so real I can’t stop shaking.”

“And what if… what if the reason I’ve never let myself fall in love with a woman is because I didn’t have anything to give? Because I’d already given my heart to her when we were seventeen years old? And all these years… I’ve just been waiting for her to come back to me with it.”

Did you love Emma’s Legal Briefs series as much as I have?
Which hero was your favorite?

2 responses to “In Review: Appealed (The Legal Briefs #3) by Emma Chase”