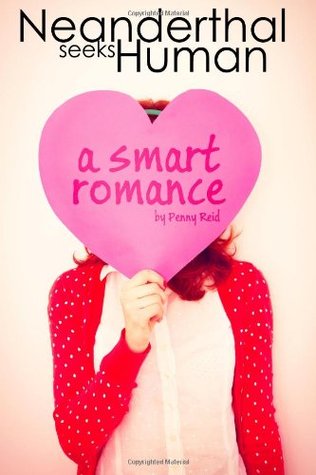 There are three things you need to know about Janie Morris: 1) She is incapable of engaging in a conversation without volunteering TMTI (Too Much Trivial Information), especially when she is unnerved, 2) No one unnerves her more than Quinn Sullivan, and 3) She doesn't know how to knit.

After losing her boyfriend, apartment, and job in the same day, Janie Morris can't help wondering what new torment fate has in store. To her utter mortification, Quinn Sullivan- aka Sir McHotpants- witnesses it all then keeps turning up like a pair of shoes you lust after but can't afford. The last thing she expects is for Quinn- the focus of her slightly, albeit harmless, stalkerish tendencies- to make her an offer she can't refuse.

Before I say anything else, I have to get this off my chest: I loved every single thing about this book.

Seriously. No gripes. Nothing I wish would’ve been different. This one is going on my top shelf and I totally expect to read it over and over again when I’m in the mood for a smart, funny and sweet romance.

Janie is my awkward spirit animal. I love her. Her brain works in fascinating ways and I loved both her inner monologue and the dialogue she had with others – particularly Quinn. (And, of course, her girls from the knitting club. I LOVED the friendships in this book just about as much as the romance!) I lost track of the number of times I laughed out loud at something that was said or thought and I swear I highlighted roughly 1/3 of the book. Penny’s writing is refreshing and hilarious, without trying too hard.

I adored Quinn. He’s not a perfect guy. He’s made some mistakes in his past and he’s been involved in things he doesn’t like to admit. But, he’s one hell of a man. I loved how he was all in when it came to Janie. She might not’ve believed it, but anyone following along had realize she was “it” for him. They were an unconventional pairing, but somehow that made it work even better. I loved their banter and the spark between them. Their interactions left me with a giant, cheesy grin on my face and I just couldn’t get enough of them.

As soon as I finished this book, I dove right into the sequel Neanderthal Marries Human because I absolutely couldn’t live without more of Janie and Quinn. But that’s another review for another day. Until then, if you’re late to the Penny Reid party like I was, do something about it sooner rather than later. If you enjoy smart, swoony romance with characters you won’t be able to get out of your head (or heart), you need to be reading this series.


“Because—are we really here, alive, if we interface with the world via a small black box? I don’t want my brain in a vat. I don’t want to be fed with input from the equivalent of a cerebral implant until I can’t tell fiction from reality. Don’t you see those people?” I motioned with my free hand to a line of customers waiting for their coffee orders to be filled. “Look at them. Where are they looking? They’re not looking at each other, they’re not looking at the art on the wall or the sun in the sky; they’re looking at their phones. They hang on to every beep and alert and message and tweet and status update. I don’t want to be that. I’m distracted enough as it is by the actual, tangible, physical world. I’ve embraced the efficiency of a desktop PC for work and research, and I even use a laptop on my own time, but I draw the line at a cell phone. If I want social media, I’ll join a book club. I will not be collared and leashed and tracked like a tagged Orca in the ocean.”

“As much as the idea of collaring and leashing you sounds promising, the purpose of the phone is to ensure you’re reachable.”

“I have no desire to cherish each person’s bullshit and call it a beautiful snowflake. I will not make excuses for all the ways they treat the people around them like garbage.”

I know I’m late to the Penny Reid party, but am I the only one?
Have you read any of her books? Did you love them like I do?
What’s your favorite?

7 responses to “In Review: Neanderthal Seeks Human (Knitting in the City #1) by Penny Reid”