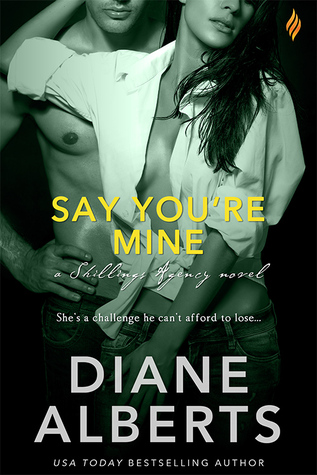 She’s a challenge he can’t afford to lose…

Navy SEAL Steven Thomas has only ever been able to count on three things: waking up in the morning, going to sleep sometime during the night, and Lauren Brixton. She’s been his best friend since grade school, and what they have is the only relationship he’s managed not to ruin.

Until one drunken night puts that all in jeopardy.

Lauren’s watched Steven flit from one-night stand to one-night stand, seemingly not interested in something more. So when the long-ignored attraction between the two of them blows up in their faces, she does the only thing she can—she pretends she doesn’t want him. But all’s fair in love and war, and Steven’s not about to lose the only person in his life who matters…

Diane Alberts is easily one of my favorite Brazen authors. I always fall for her heroes and love her heroines. Her Shillings Agency series is fantastic and I’m happy to see it continue with Say You’re Mine. I don’t like to play favorites, but if I did, this would totally be my favorite in the series so far. It was hot, sweet and even had quite a bit of feels. I loved everything about this book.

The friends to lovers trope is one of my favorites and I love what Diane did here with Steven and Lauren. Their story was of the unputdownable variety. Best friends who had never explored any chemistry or non-platonic feelings they had for the other, it just took one night to change all that. There was the excitement of potentially falling for their best friend as well as the fear of losing them if things began to go south. I felt every feel and loved every minute.

It could probably go without saying that Diane writes amazing heroes. They’re all alpha on the outside, but sweet and even a bit vulnerable underneath. They love their women and they’d do anything for them. What more can a woman ask for? You know I love a good dirty talker and *fans self* Steven definitely fit the bill. Wowza. I melted right along with Lauren when he got started. And Lauren? I freaking loved her. She was strong and honest and real. She was unafraid to call Steven on his crap when he needed it and she was the furthest thing from a fragile flower in need of a man to fix/protect/save her. Women like this are my favorite type of heroine.

If you like your romance sexy with a side of feels, look no further. Say You’re Mine should be on your TBR. I hope this isn’t the end of the Shillings Agency series. But even if it is, I’ll be looking forward to seeing what Diane gives us next. And I’ll probably be rereading this one sometime in the near future, too. It was just that good. 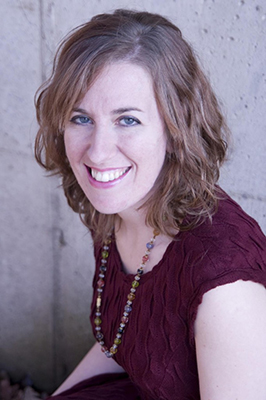