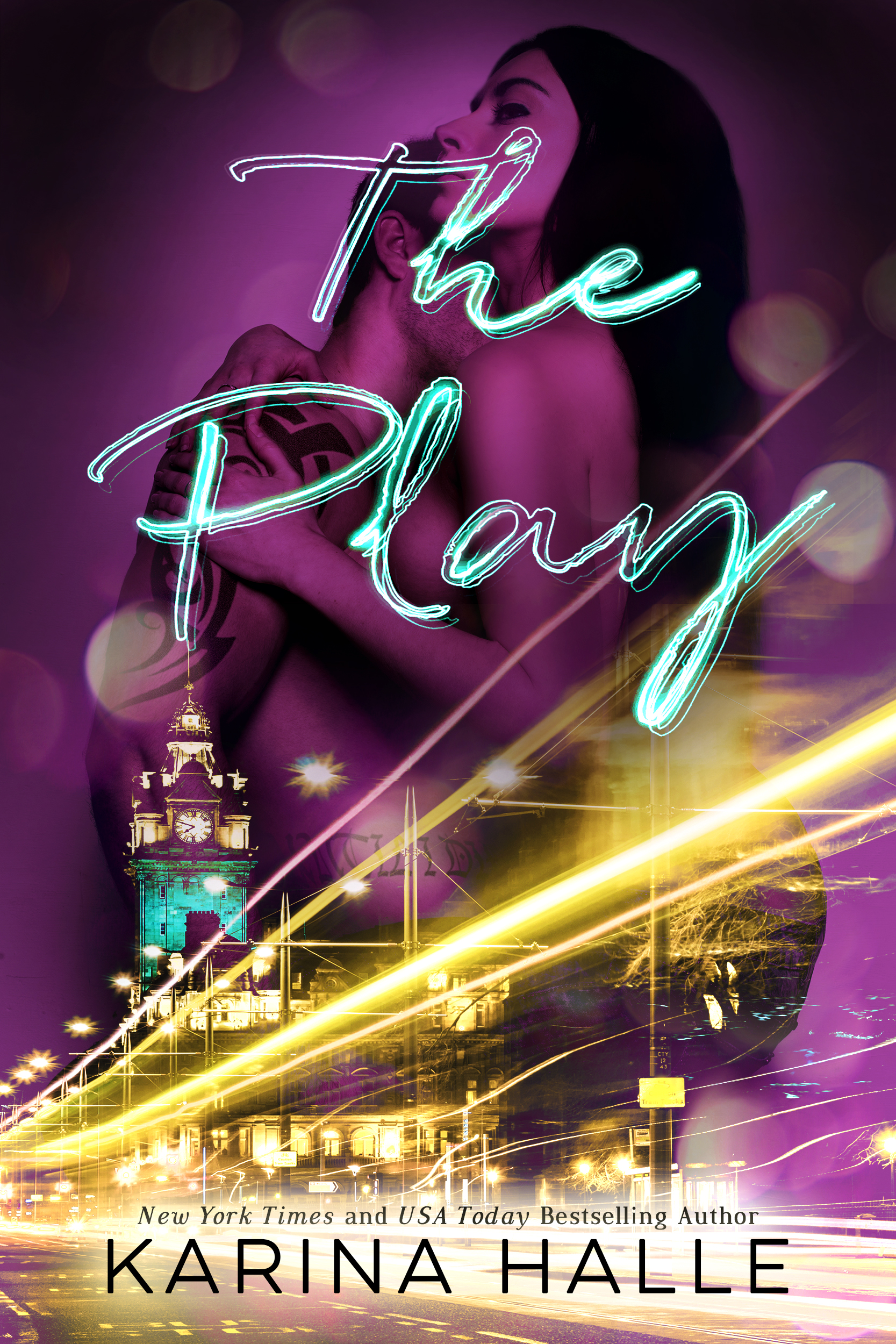 The Play by Karina Halle
Genres: Adult, Contemporary, Romance
Publication date: November 3, 2015
Publisher: Self-Published
Format: eARC, 432 pages
How I got it: From the author
Add it: Goodreads
Buy it: Amazon | Barnes & Noble | iTunes
My rating:

Kayla Moore has always been comfortable with her feisty, maneating reputation. At least it was fine until she hit her thirties and saw her best friends Stephanie and Nicola settle down with Linden and Bram McGregor, leaving Kayla to be the odd one out. Tired of being the third wheel with nothing but one-night stands and dead-end dates in San Francisco, Kayla decides to take a vow of celibacy and put men on the backburner.

That is until she lays her eyes on Linden and Bram’s cousin, hot Scot Lachlan McGregor. Lachlan is her sexual fantasy come to life – tall, tatted, and built like a Mack truck. With a steely gaze and successful rugby career back in Edinburgh, he’s the kind of man that makes her want to throw her vow right out the window. But Lachlan’s quiet and intense demeanor makes him a hard man to get to know, let alone get close to.

It isn’t until the two of them are thrown together one long, unforgettable night that Kayla realizes there is so much more to this brooding macho man than what meets the eye. But even with sparks flying between the two, Lachlan can’t stay in America forever. Now, Kayla has to decide whether to uproot her whole life and chance it all on someone she barely knows or risk getting burned once again.

Sometimes love is a game that just needs to be played.

My gods, this book. Karina is one of a few authors who can pull ALL THE FEELS out of me, but I really wasn’t expecting this. This book grabbed me right from the very start, with one of the most emotional and upsetting prologues I’ve ever read, and held on tight for the duration. I haven’t been able to stop thinking about these characters. I’ve really enjoyed each of Karina’s books, but this is probably my favorite. (Or, at the very least, it’s tied with Love, in English for the honor.) It wrecked me in the best way possible.

Kayla and Lachlan. Damn. I don’t even know what to say about these two. I appreciated how unapologetic she was about her sexuality. She loved sex. She wasn’t looking for a relationship. She would readily admit both. She’d been burned in the past and decided the best thing for her was to focus on her career and be celibate for awhile. Not that it was an easy decision… especially with her friends falling in love and hot Scot Lachlan arriving in town. There’s no denying the chemistry between them from the very first glance, but Lachlan appeared uninterested and Kayla wasn’t ready to put herself out there. Over time, however, they both began to open up to each other.

Lachlan was a tough nut to crack. He was quiet and withdrawn. Despite being a rugby star, he valued his privacy and didn’t really care for being in the spotlight. His past was painful and definitely shaped who he was today. I liked him, but did so cautiously because I wasn’t sure how things would unfold. But, damn, this man. The things he’d overcome broke my heart. The fact that he came out the other side a better, stronger man, made me melt. I just wanted to hug him and tell him everything would be alright.

Kayla and Lachlan’s story wasn’t an easy one. It had more ups and downs than the wildest roller coaster. But, my gods, it was gripping. The sexual tension between them was strong in the beginning. Once things progressed, the sex was hot as hell. I do love a good dirty talkin’ Scot. But it’s really the emotions and feels interwoven in the story that got me. The Play had its funny and lighthearted moments, but it also had some really emotional ones. I lost track of how many times this book made me cry. Actually, cry isn’t even the right word to use here. I sobbed. There was just something about these two that was as magical as it was complicated and I loved them. Yes, there were times I wanted to chuck my iPad across the room because I was frustrated with the direction the story went, but that’s all part of a great reading experience for me. It’s how I know I’m totally invested in the characters and their relationship.

The Play is a long book, but it didn’t read like one if that makes sense. Even though it took me a little longer to get through it than most of the books I read, it wasn’t because I was struggling with the story or the length of it. It was simply because I was savoring every word, every emotion. I didn’t want it to end. I loved Kayla and Lachlan. I enjoyed getting more of Linden and Steph and Bram and Nicola. It really was the total package. Do yourself a favor and pick this one up. You’ll probably want some tissues and an adult beverage of your choice to go along with it.