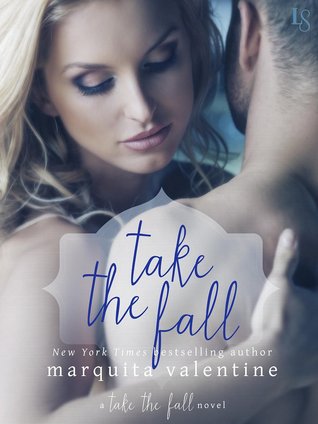 Publication date: July 21, 2015
Publisher: Loveswept
Format: eARC, 178 pages
How I got it: NetGalley
Add it: Goodreads
Buy it: Amazon | Barnes & Noble
My rating:

As a teenager, Seth O’Connor went to jail for a crime he had nothing to do with. He took the fall to protect the girl he loved, but the cruel realities of prison hardened him. After doing his time, Seth shuts her out and enlists in the Marines—until his grandmother’s funeral forces him to come home and face Rowan Simmons once again. The woman she’s become puts all his high-school memories to shame, and Seth wants her more than ever. Can he be honest about why he denied her for so long?

After Seth pushed her away, Rowan swore that no man would ever hurt her again. But the boy who broke her heart has become a sexy Marine, capable of fulfilling her every desire—and now that he’s back in town, old feelings are simmering to a boil. Rowan wants to stay strong, even as her body surrenders to his expert touch. She only hopes that by taking him back, she can finally help heal the wounds that drove them apart.

I’m a total sucker for a second chance story. It’s one of my favorite tropes. I suspected, based on the blurb alone, that I would really enjoy this book. I was right. I found myself easily sucked into it and I even got emotional during a few parts. (Sometimes I just relate way too closely to characters in the books I read. This was one of those times.) But, it was that connection which gave me more insight to Rowan and made me more understanding of the way she was pushing Seth away, while pulling him closer at the same time. I get that. Boy, do I get it. Sometimes it isn’t easy to forget how hurt you were by someone else’s choices in the past. But it’s also not easy to push aside the feelings you have for that person. As much as I wanted to shout at both Seth and Rowan while I was reading the book, I also understood why they were acting as they did.

I really liked both Seth and Rowan. They were both strong (if stubborn) characters. Not only were they coming to terms with some changes in their lives, but they found themselves face-to-face again for the first time in years and even if I didn’t think they handled it all in the best way at times, I felt for and liked both of them. They had wicked chemistry, but there was so much more to their story than just that. The sexy times were smokin’ hot, but it was the undercurrent of strong feelings that made the story for me. Their connection was the real deal, no matter how hard they fought it.

I’ve been a big fan of Marquita’s Boys of the South series since I picked up the first one a couple years ago. I was anxious to see what she would give us with the Take the Fall series and, I have to say, I love it. As soon as I finished this book, I jumped right into When We Fall because… how could I not? Jase and Piper had me both intrigued and nervous. I can’t wait to see what happens next.