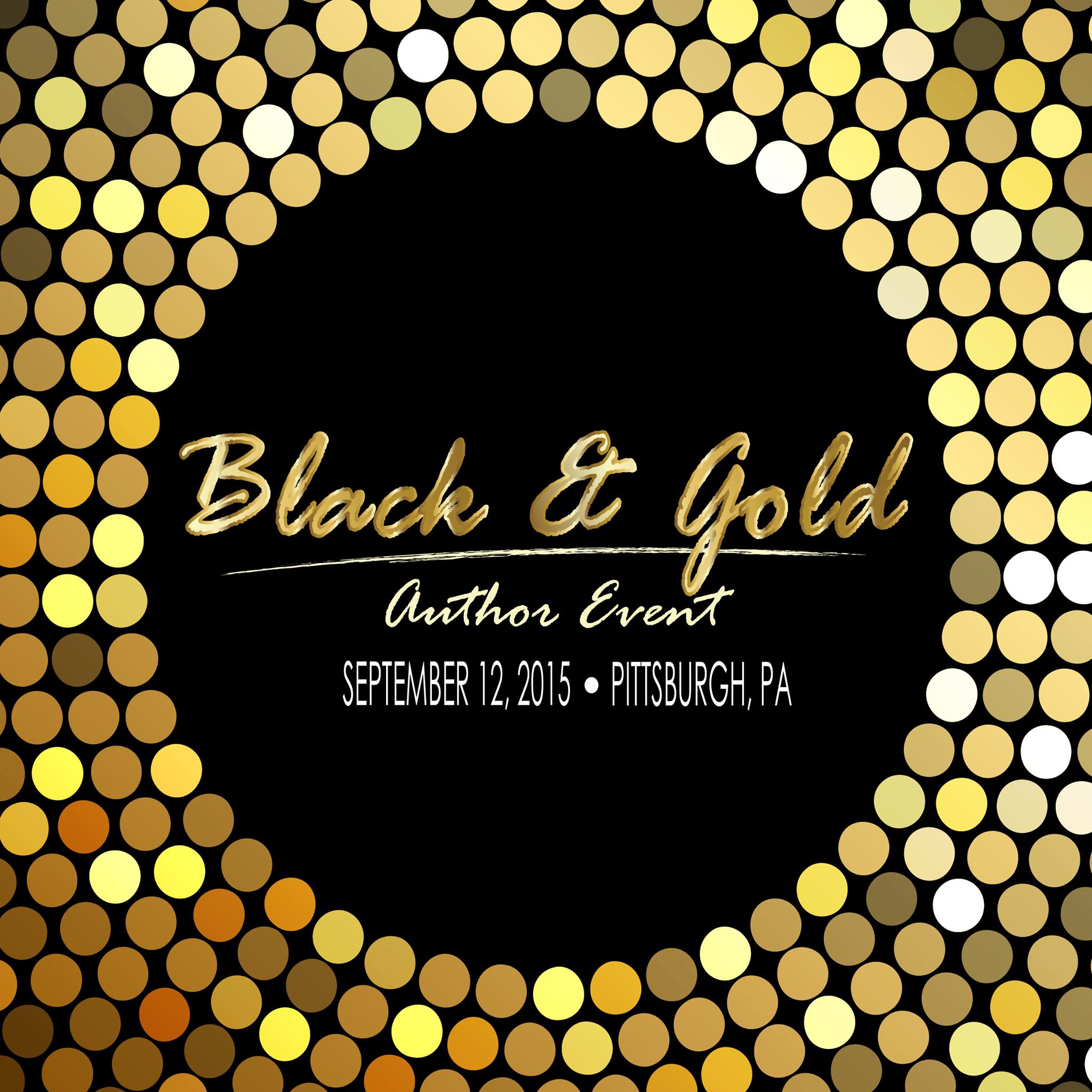 The Black & Gold Author Event in Pittsburgh, PA (hosted by the lovely ladies of Southern Belle Book Blog) is one I’ve been looking forward to since I first bought my tickets last November. It was a no-brainer for me because my parents live about an hour south of Pittsburgh. And, you know, because of the author list. I might not’ve been familiar with ALL of the authors, but I pretty much did cartwheels when I saw a couple names on the list.

What I’d planned as a mother/daughter day in Pittsburgh blossomed into even MORE awesome when two of my bookish besties – Betsy of BookNerd Betsy and Kaitlan of Between Order and Randomness – decided to make the trip to Pittsburgh for the signing. So not only did I get to spend some time with my mom – who is a romance reader, but NOT one who typically reads authors you’d find at an event like this – I got to spend some time with my girls, too. And, you know, meet some awesome authors!

I could bore you with details about Friday night, but all I’ll say is we had fun. And we had a drink with Kristen Ashley. (Which, as a relatively new fan, was NOT originally on my bucket list but was certainly added and crossed off.) SHE WAS SO NICE. So was her sister. It was awesome. Plus it was great to spend time with Betsy and Kaitlan after all this time! 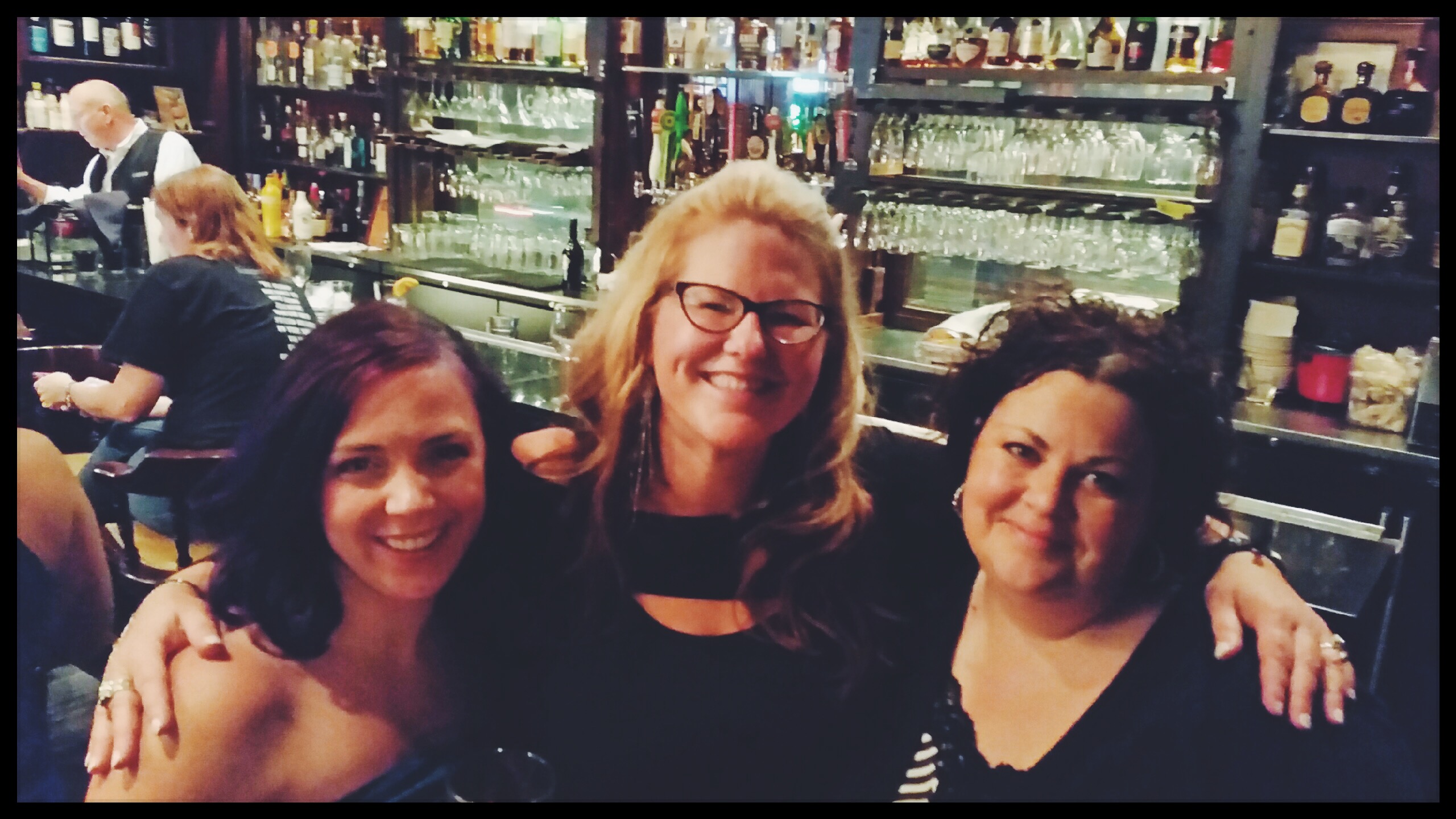 Saturday morning, I got up bright and early to head back to Pittsburgh for the day. I was freaking out and excited because I was finally going to get a chance to meet two of my most favoritest authors – Krista & Becca Ritchie – for the first time. I just hoped I wouldn’t cry. It was a real possibility. The twins weren’t the first authors we visited, we totally hightailed it to Sawyer Bennett’s line so we could (hopefully) snag one of her Ryker ARCs. (And, of course, bask in her awesomeness. I love her.) Betsy actually claimed the last copy of Ryker, but because she’s utterly amazing, she gave it to me. (!!!!!!!!)

Sawyer’s a huge Steelers fan, so I walked up to her table with my Terrible Towel. She grabbed it and swirled it around and everyone got a good laugh. She made me pose with it when we took our photo. (I’m not sure why I’m holding it like it’s garbage, but I’m gonna blame it on shock and awkwardness because I was standing beside her.) 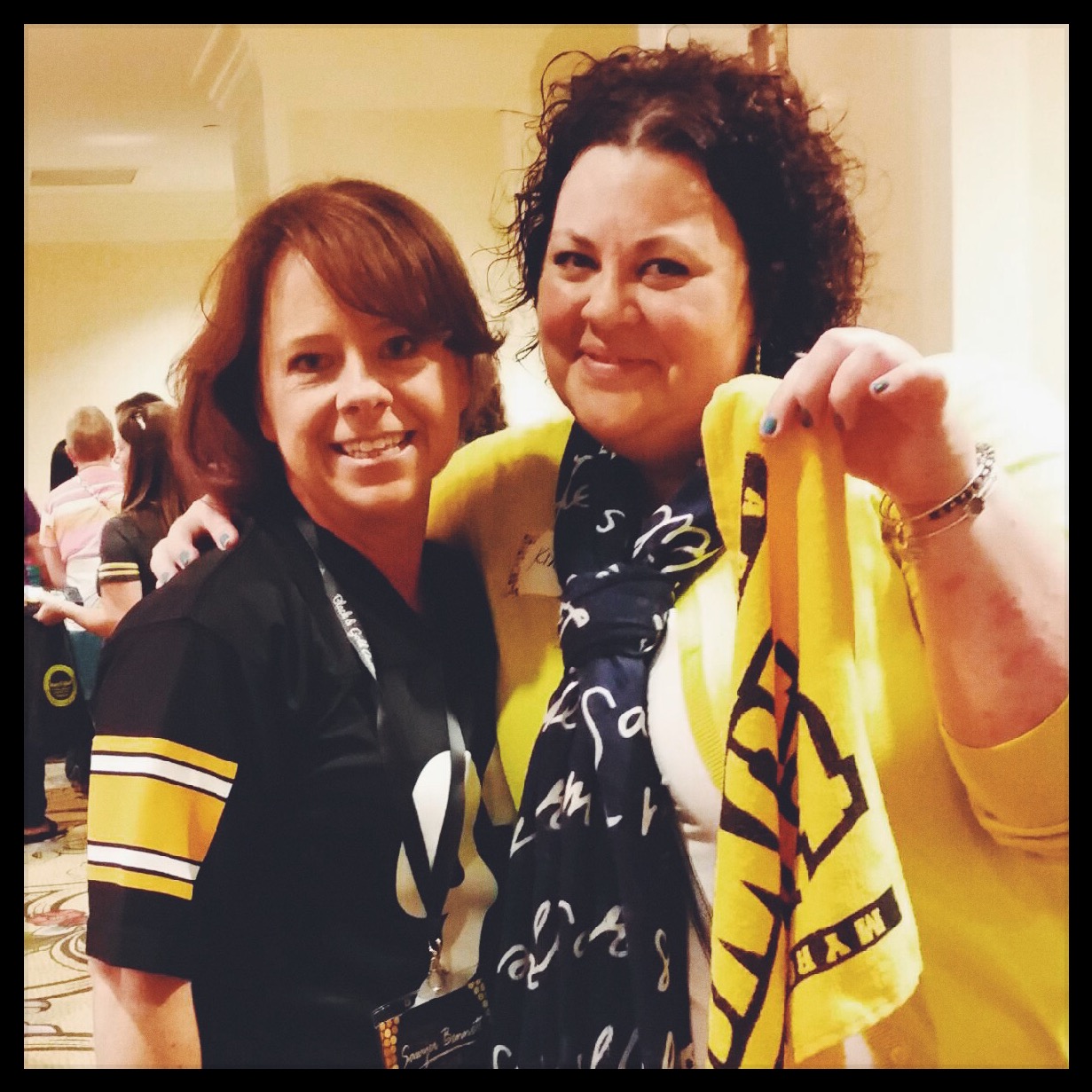 Next up was Laura Ward! I became acquainted with this lovely lady after I reviewed one of her friend’s books and she contacted me about reading one of hers. I’ve now read two – and just bought a copy of the third one during this event – and am definitely a fan. This was her first signing as an author and I’m really happy I got to meet her! She’s so sweet! 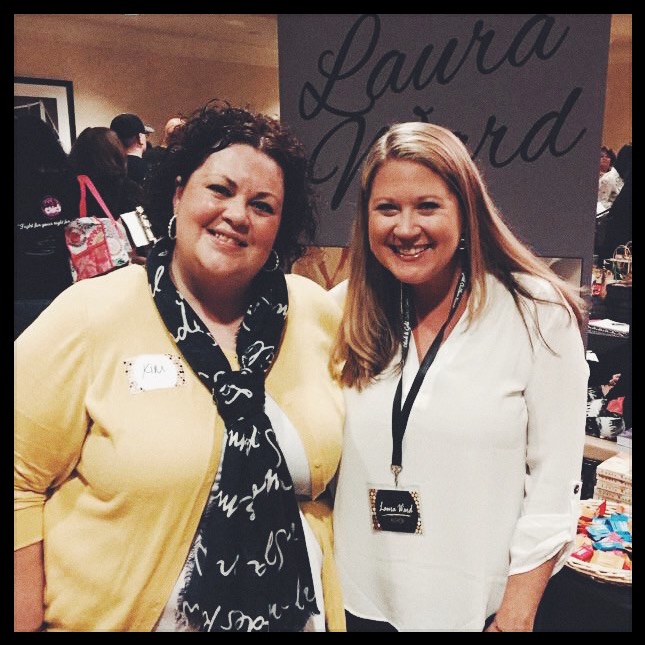 Then… then it was our time to meet Krista & Becca. Is it ridiculous to admit I was actually shaking? Because I totally was. I love these ladies and their characters and their books. Their Addicted series is officially my second favorite all-time series, right behind Harry Potter. (Yeah. Not exaggerating.) I talk about the characters and the world like it’s real. It is real to me. So, clearly meeting them was special. The fun part was when they recognized me right when I walked up and came around to give me a hug! *squee* They’re just as awesome in person as they are online. We got a fun group shot and then I got my coveted photo in our Wampa hats. They also invited us to an after-signing chat about all things Addicted series in the hotel’s speakeasy. (!!!!!) 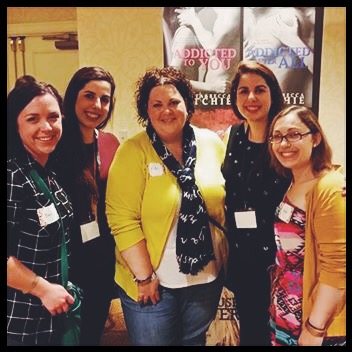 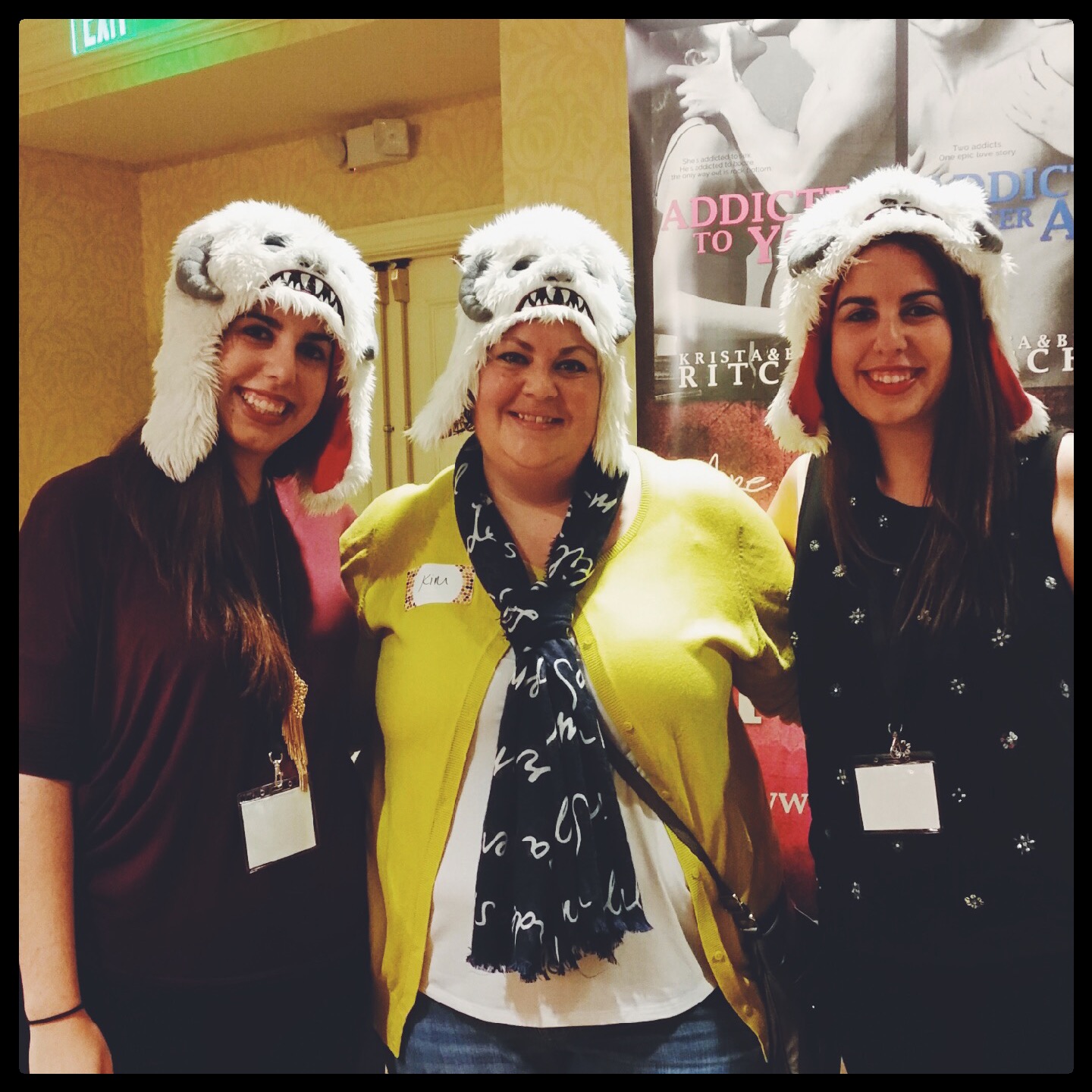 After that, it was a whole lot of waiting for our numbers to be called for Kristen Ashley and Gail McHugh. I welcomed the opportunity to chill out and just sit and talk. Once we got our books signed by Kristen and Gail, we left the hotel and grabbed a bite to eat and killed some time. Then, we watched some football in the tap room at the hotel while we waited for it to be time to go the twins’ thing.

This is one of my favorite photos from the weekend. Kaitlan snapped this of me watching WVU on one side of the bar while Betsy watched Ohio State on the other side. Ha! 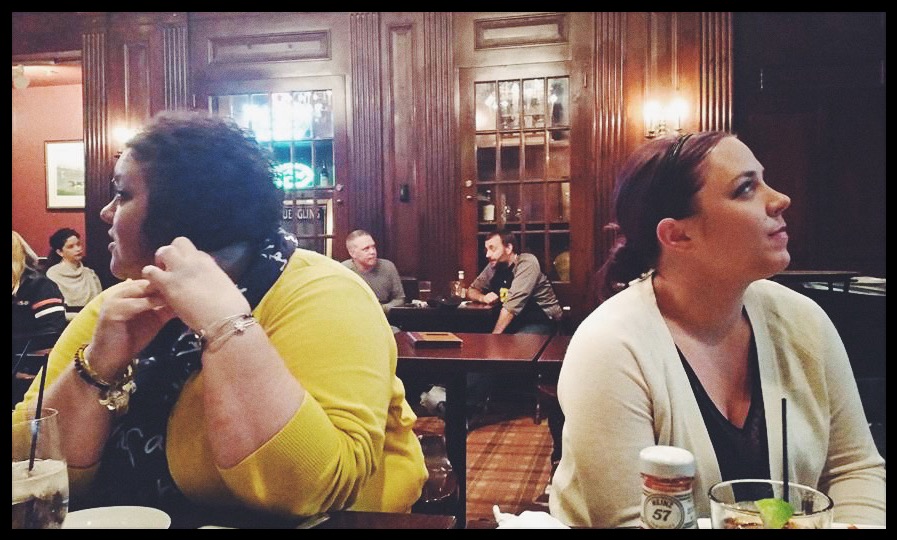 The Addicted series discussion was fantastic. There was a lot of talk about the upcoming books – Long Way Down and Some Kind of Perfect. Nothing too spoilery, but I’m still gonna keep it all on the down low. 😉 We found out more about the twins’ writing process and their backgrounds and all those other things fans love to learn. I could’ve chatted with them and the group of readers/bloggers all night long, but you know, I still had to drive home. In the rain. So we hung around a few hours and then said our goodbyes. (Which was super sad because it’s going to be SO LONG before I see my girls again! Thank goodness for the internet and texting.)

Of course, no event is complete without the obligatory book photos. Before you judge, I only bought three of these on-site. The others have either been on my shelves forever, just waiting for me to meet the authors (*cough* Krista & Becca and Gail *cough*) or were purchased in advance for the signing. (Thanks to Krista & Becca for the tote and tee!!) 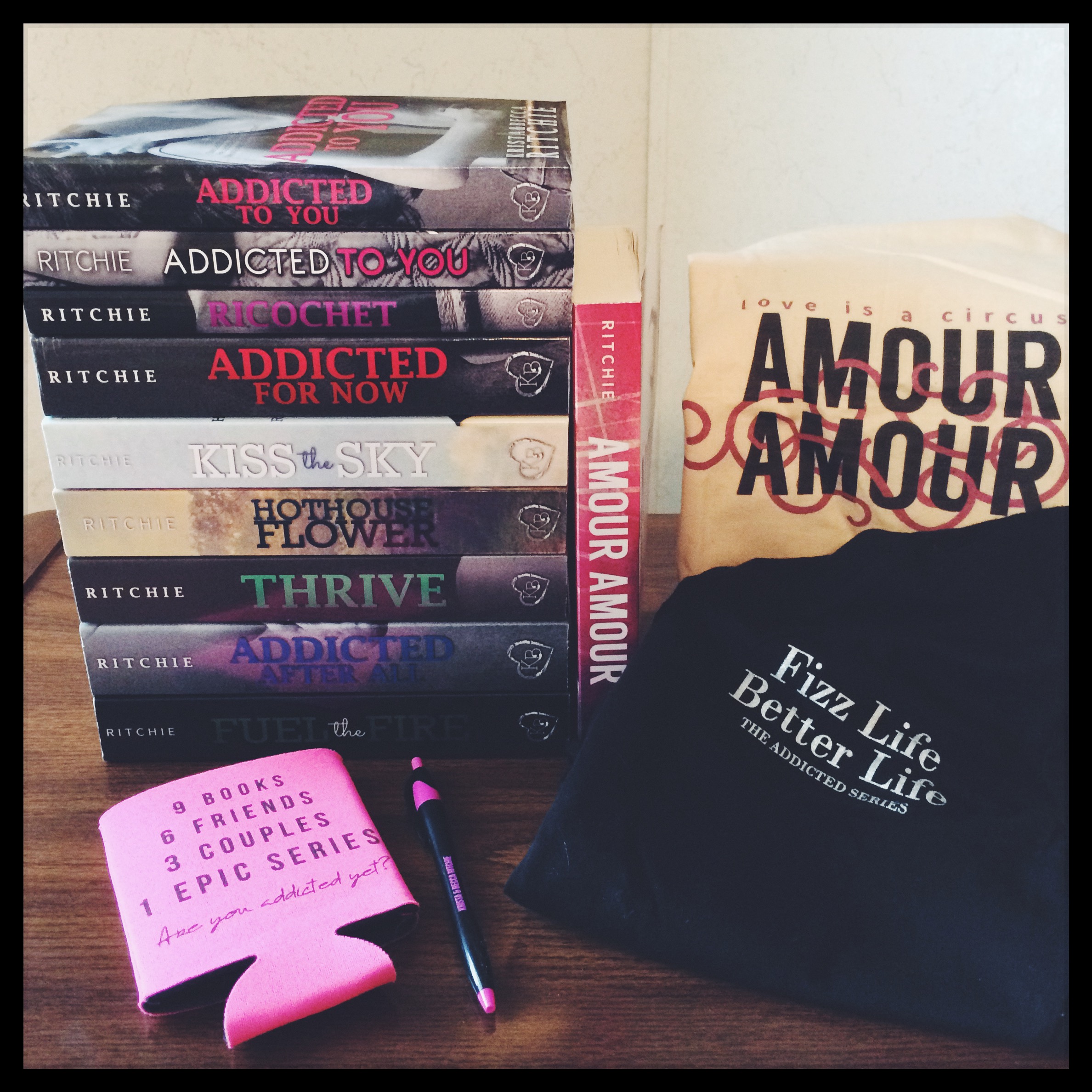 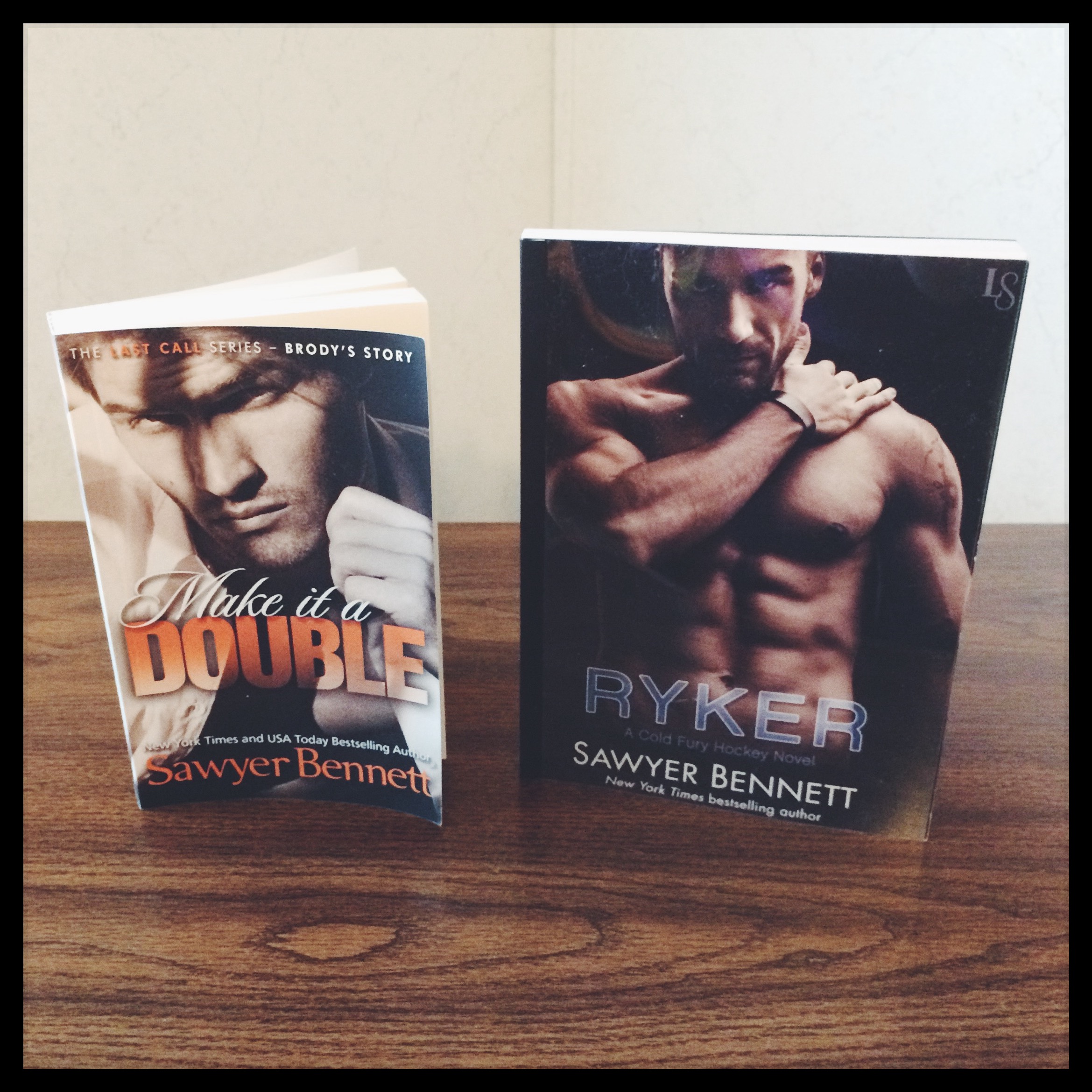 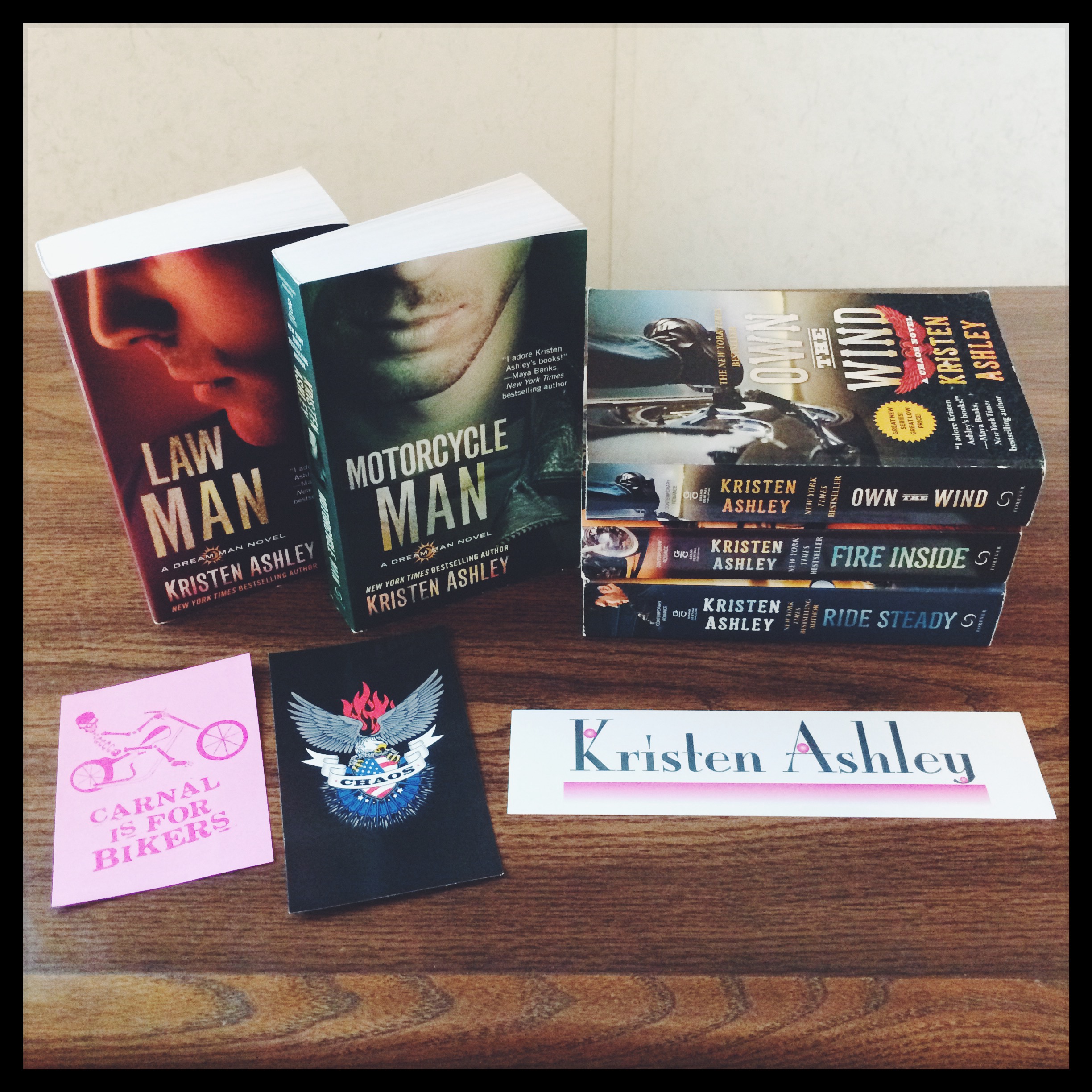 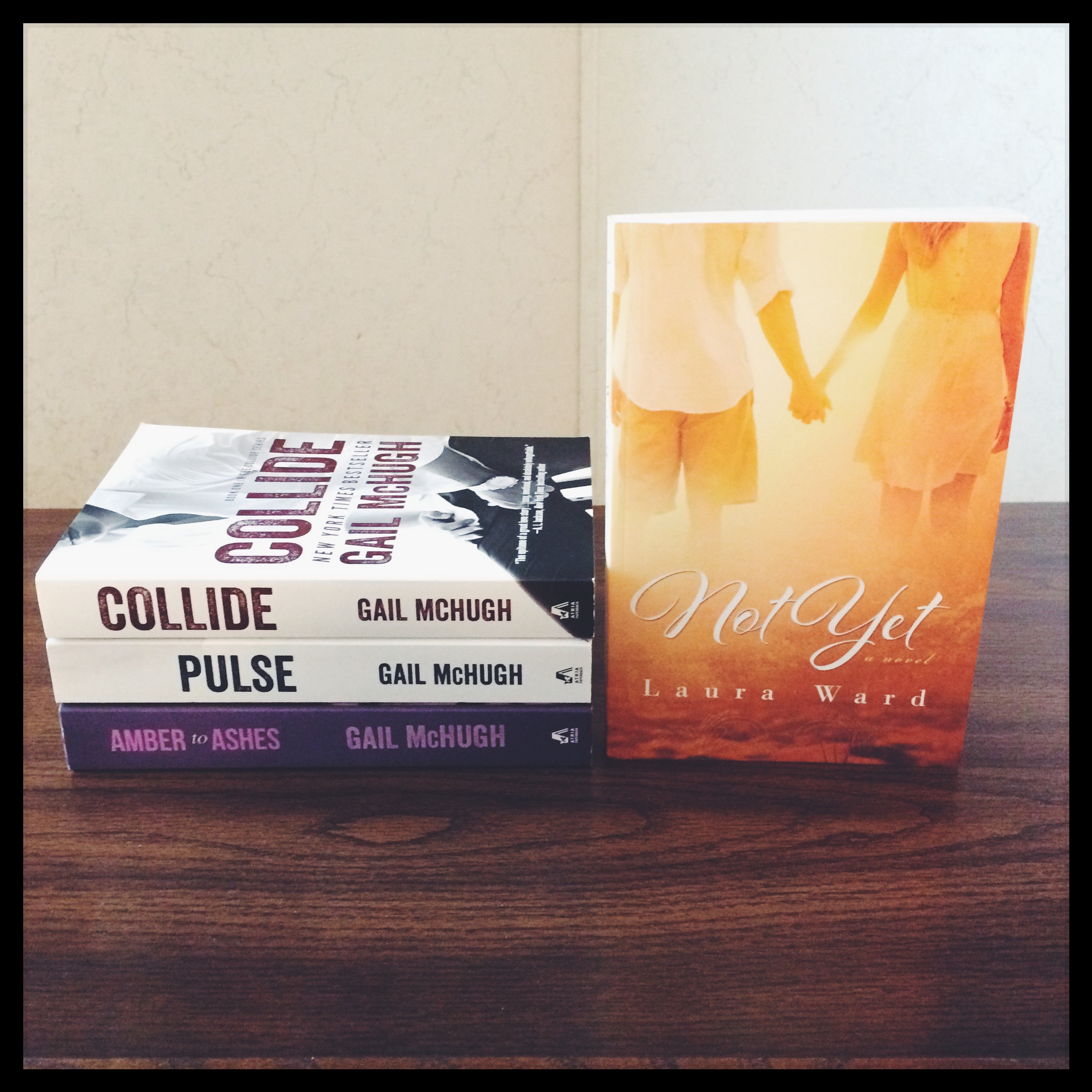 Also, the venue was pretty cool. The Omni William Penn is the oldest hotel in Pittsburgh. There’s actually a Speakeasy. I could’ve spent hours exploring every inch of the hotel and taking photos of all of it. But, you know… books and friends… so I’ll settle for these two shots. (I was a little obsessed with the old mail system.) 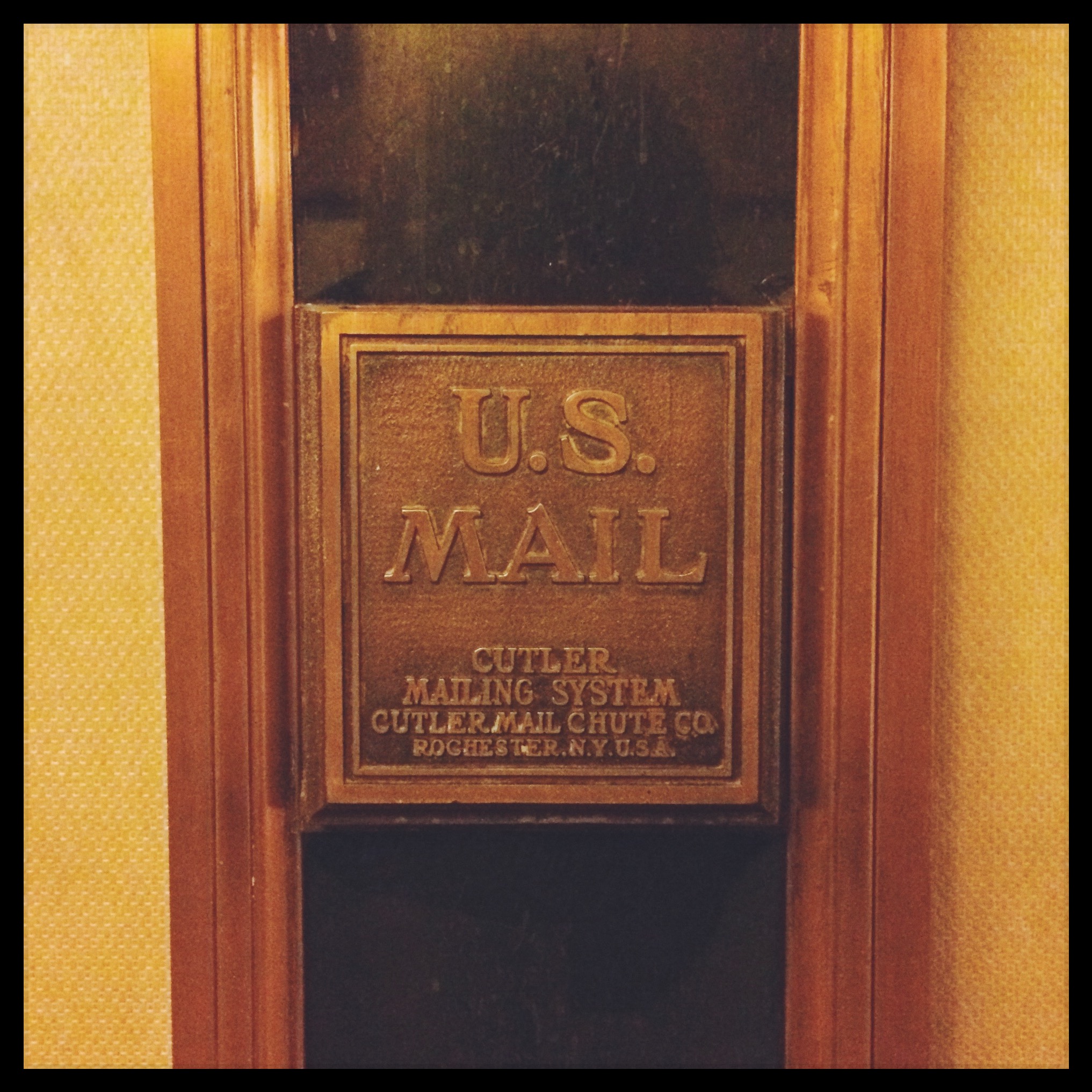 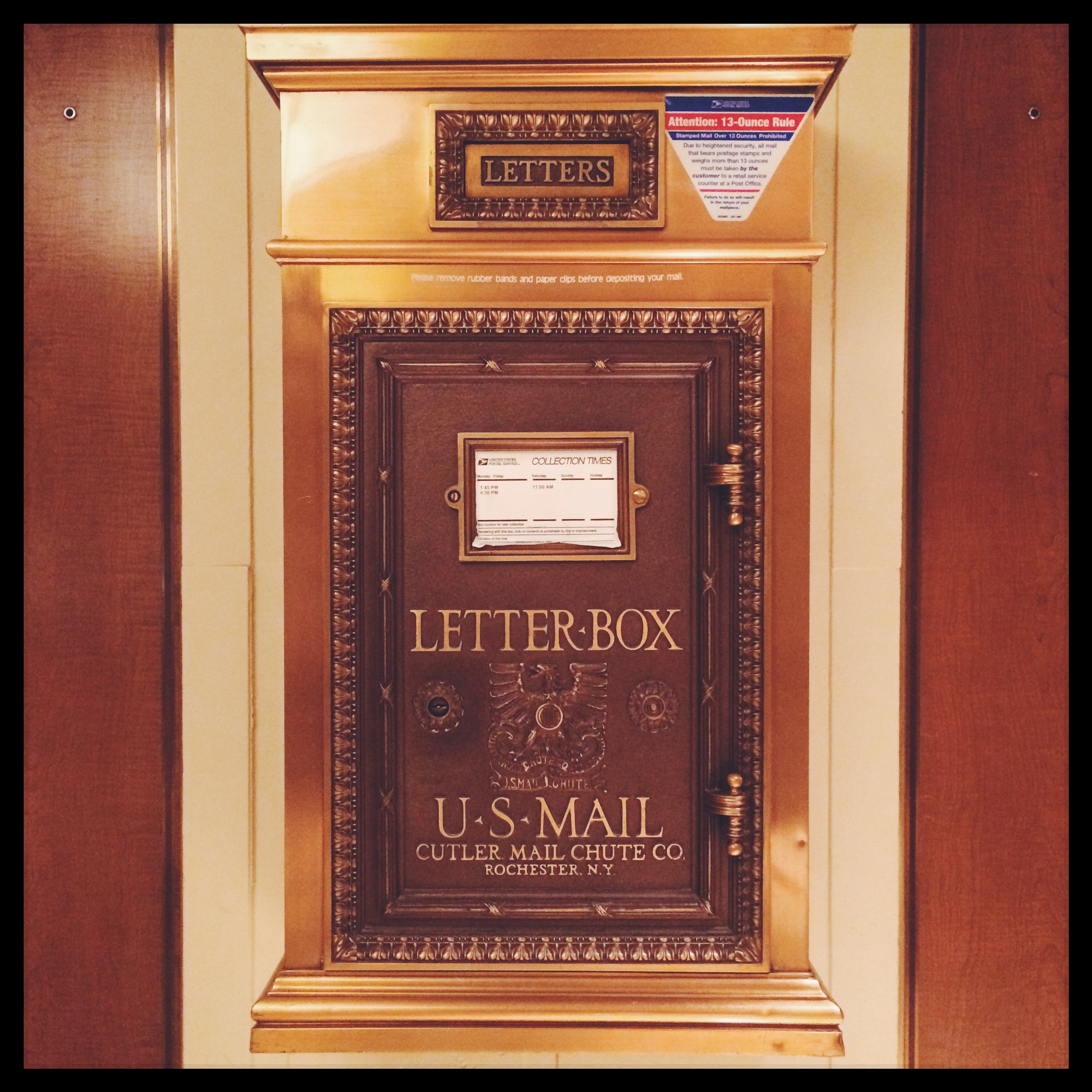 I have to say that this was one of the best and most well-organized events I’ve been to so far. (Not to knock any of the other signings I’ve attended.) But, seriously, these ladies knocked it out of the park. Their communication before the event was fantastic. The volunteers on-site were amazing and friendly. This is the first time I’ve been to an event that utilized a ticketing system for popular authors and I have to say it was life-changing. I mean, sure, you still waited to see them, but you were free to move about, visit other authors, rest, whatever instead of just standing in line. I just can’t say enough good things about the hosts or the event. I’d go to another Southern Belle Book Blog-hosted event in a heartbeat. I’d suggest you do the same if there’s one near you.

I have several more events coming this year, but sadly neither Betsy or Kaitlan will be in attendance. I can’t believe I don’t get to see them until next summer! *sobs*

The bookish weekend hangover after this one was real. It’s still not over, either.