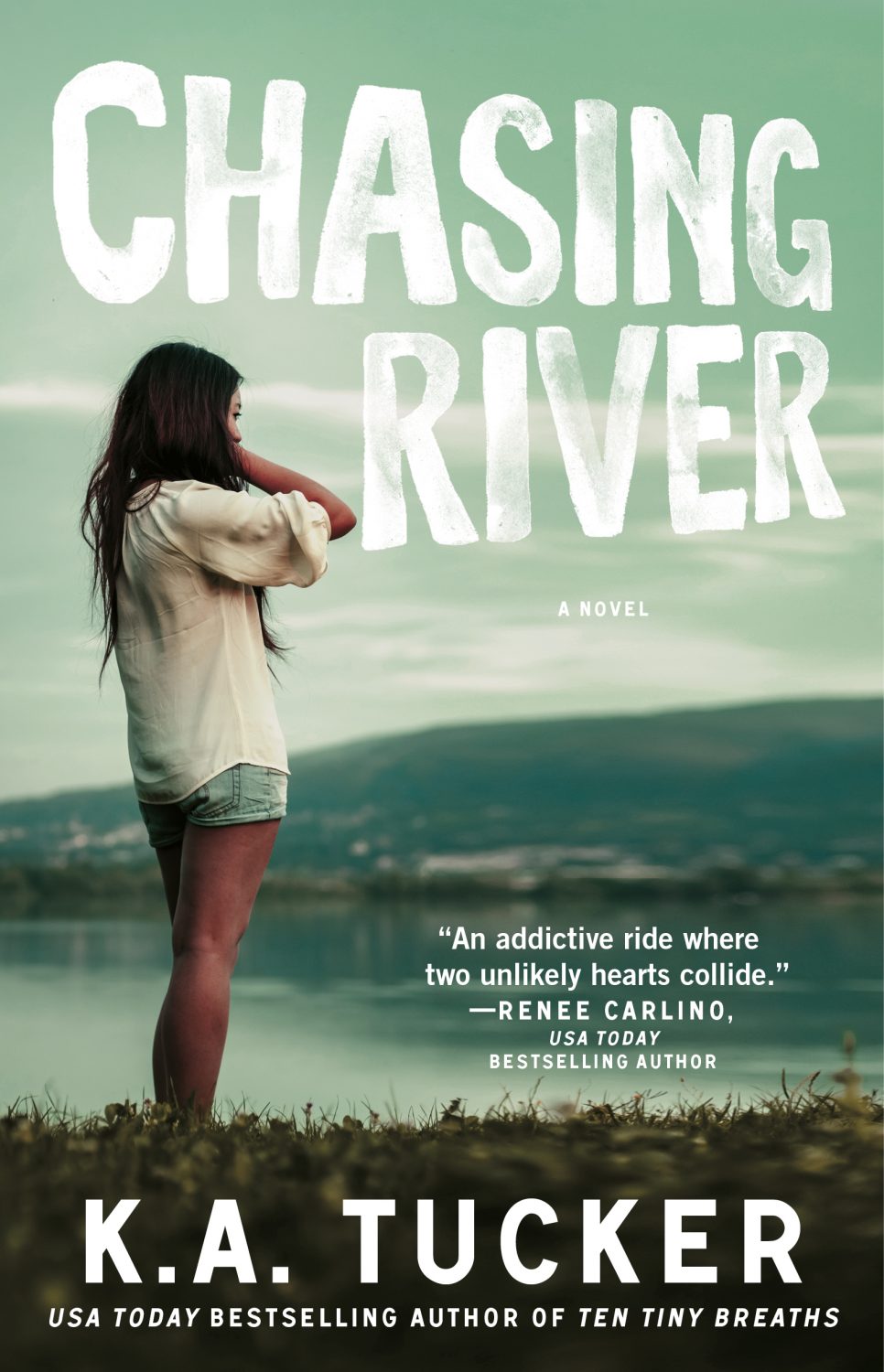 Armed with two years’ worth of savings and the need to experience life outside the bubble of her Oregon small town, twenty-five-year old Amber Welles is prepared for anything. Except dying in Dublin. Had it not been for the bravery of a stranger, she might have. But he takes off before she has the chance to offer her gratitude.

Twenty-four-year-old River Delaney is rattled. No one was supposed to get hurt. But then that American tourist showed up. He couldn’t let her die, but he also can’t be identified at the scene—so, he fled. Back to his everyday life of running his family’s pub. Only, everyday life is getting more and more complicated, thanks to his brother, Aengus, and his criminal associations. When the American girl tracks River down, he quickly realizes how much he likes her, how wrong she is for him. And how dangerous it is to have her around. Pushing her away would be the smart move.

And River isn’t the kind of guy she’d want to catch.

I settled in for a little K.A. Tucker binge read about a week ago. Somehow, I’d missed reading Becoming Rain, even though I had a review copy. (Major fail on my part.) I devoured it and loved it, so I decided to keep going to and read Chasing River while I was still in that world. I’m glad I did, too. It was an excellent addition to the Burying Water series.

Chasing River starts off with a quite literal bang when Amber happens upon a bomb laid by a radical group while on holiday in Ireland. Fortunately, she’s saved just in time by an Irish stranger. What she doesn’t know at the time is this stranger’s brother is responsible for her near death experience. This truth comes out sooner rather than later, after she goes hunting for the stranger who saved her life. Some other truths, however, take a little longer to do the same.

I was relatively warm to Amber’s character after having met her originally in Burying Water. We didn’t learn that much about her in that book, but I liked what I knew. I was hoping she would get a book of her own one day. I really liked that the backdrop for her story took her away from Sisters and to where she could be her own woman and find herself away from her parents. She needed that. Over the course of this book, I only grew to like Amber more.

River was an interesting guy to try to wrap my head around. I mean you can’t NOT like the guy who saves the heroine – especially when he’s a hot Irish bartender. I just had some issues with him not being upfront with Amber about just what she was getting herself into by spending time with him. I mean, I understand why he was trying to protect her, but it doesn’t mean I liked it. When it was all said and done though, I really liked River. He was more than his past would lead you to believe. He definitely made me swoon a couple times.

One of my favorite things about this book was how Ireland’s history was woven seamlessly into the story. I knew I was getting a bit of a history lesson, but it wasn’t anything like reading out of a history book – and I never felt like it was being shoved down my throat. It was a great complement to the romance and even the suspense and action of Chasing River. That said, I also did love the romance. I liked watching Amber and River come together with the knowledge that an ocean would soon keep them apart. Of course, I was hoping they’d find a way to make things a little more permanent, but I won’t tell you if they did or not. You’ll need to read to find out.

Chasing River was a great follow-up to two amazing stories in Burying Water and Becoming Rain. I liked that we got a few glimpses into the lives of some of the other characters, even with them not being together geographically at the time. I also really enjoyed learning more about Ivy, who will be the heroine in the next novel, Surviving Ice. I kinda fell in love with her spunky self in this book, so I’m even more excited to read her story now.