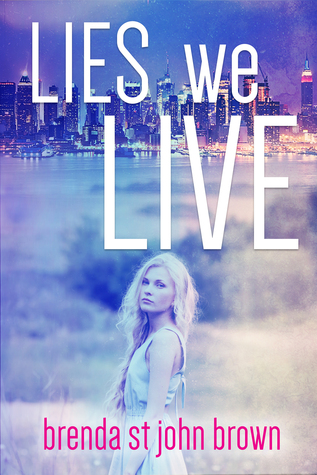 Twenty-nine-year-old Ella Ingraham is a best-selling novelist. She's also a murderer. At least that's what most of the world thinks after her bastard ex-boyfriend brought a tabloid frenzy and a civil suit down on her for "negligence" following the stillbirth of their unplanned child at eight months.

Her New York - California drive is meant to be an escape after the hell of the trial, and Horatio, AK is just another random exit off the highway. Until she meets Josh Devereaux, part-time farmer, full-time tech genius holed up in his hometown after a few years in New York turned him into a bigger asshole than he ever thought he'd be.

Ella finds Josh Fascinating, capital "F". Followed immediately by unnerving. He knows too much about her and, quite frankly, he tries too damn hard. That's a red flag if she's ever seen one. Or at least it would be if she were thinking with her head and not the more irrational parts of her anatomy. Like her heart.

A huge fan of Brenda’s first novel, Swimming to Tokyo, I was over the moon to discover she was writing a new book. I didn’t even care what it was about. I loved her writing and I knew I had to have it immediately. And, let me tell you, it was one heck of a ride.

Lies We Live was unlike any book I’ve read in recent memory and it’s a tough one to review without giving too much away. Part mystery, part romance, it was an interesting ride from start to finish. It jumps around from past to present tense and it took me a little while to get a handle on that, but once I did, I found that I really liked how those switches enhanced the story. Ella’s story was sad for so many reasons, so I was happy to see her life getting back to at least somewhat normal in a small town in Arkansas. The characters of Horatio were intriguing in the way that small town folks tend to be. I loved how characters like Josh, Si and Trudy embrace Ella and make her feel at home.

Ella was a great female lead and one tough cookie. I liked her from the start. The woman had been through some truly awful things and I respected her for managing to keep her head up after all of it. I loved that she was a writer. Her series sounded intriguing and there were some great little bits about the publishing and blogging worlds thrown in for good measure. I found myself intrigued by Josh. I knew he was keeping secrets, though I never really guessed the extent of them. But, he was kind to Ella and I thought they had great chemistry. Romance is part of the book, no doubt, but it’s definitely not the featured story. That honor goes to Ella’s growth and development as she finds herself again and tries to come to terms with and let go of things that happened in the past.

Lies We Live was a great, addictive ride. I couldn’t even think of putting it down and, if I’m honest, I might’ve freaked out a little bit when I hit that cliffhanger. Holy crap. Brenda, you know how to leave us desperately wanting more. I have questions and theories and I’m afraid I’m gonna need the second book ASAP so I can stop running this all through in my head! 😉

I'm a displaced New Yorker living in the UK. I lived in London for nearly six years, but now I'm living in The North, in a tiny English village. There are sheep everywhere! Sheep!! (This is so strange to me I always have to say it twice. With multiple exclamation points.)

My novels are about teens and twenty-somethings. When I'm not reading or writing, I'm hanging out with The Boy, talking about really random things and being overly strict about television.

I like running and Doritos, not necessarily in that order. I also like libraries, old churches and Paris. One day I'm going to write a novel set in Paris, which will necessitate lots of trips for "research."