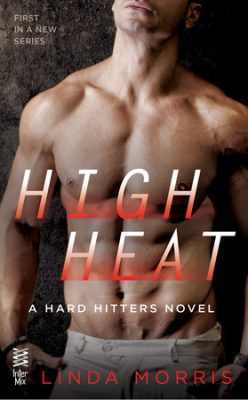 Small-town Indiana tomboy Sarah Dudley grew up living and breathing baseball, since her father owned the minor league Plainview Thrashers. A talented player herself, she idolized her brother’s best friend: Tom Cord, a pitcher with a wicked fastball and an even more wicked reputation.

Now, Sarah is the Thrashers’ VP of public relations, and Tom—a star in the major leagues—has been assigned to the club while rehabbing from surgery. It’s Sarah’s job to keep the hard-throwing, hard-living star out of trouble. But when she gets a glimpse of the man behind the bad-boy image, they start to generate more heat than an inside fastball…

If I’ve said it once, I’ve said it a thousand times: I love a good sports romance. Baseball might not be my favorite sport, but I still can’t help but enjoy some fictional baseball players every now and then.

I liked Sarah. My only complaint with her was that I wanted her to have a backbone. For a woman in such a powerful public relations role with a minor league baseball team, she was too much of a pushover when it came to her family, and her father in particular. I’ll get to that later though. That man deserves a paragraph (rant) all of his own. She was good at her job and she was a likable lady.

Tom had his problems off the field (and in the tabloids, at times) in the past, but he really was a good guy. There’s no denying he was driven when it came to his career, even if that drive led him to make some questionable choices with regards to his health. It was obvious from the start that he valued his career over everything else. Love and romance wasn’t an option for him. He was all about “no strings attached” situations, though the connection he had with Sarah made him question that.

Ok. Now it’s time to talk about my biggest problem with this book and one that made me almost stop reading it. This might get a little spoilery. Sarah’s father was a loathsome human being. I never once got the impression that he loved her and wanted her to be happy AT ALL. From the time, after her mother’s death, when he told her to give up baseball because it’s not for girls, to him not wanting to hire her on at the ball club because she was a girl and right up to now, when he makes it obvious she’s not a real part of the front office, no matter what her title said, the man was an asshole. I can’t even attribute it to him being overly protective. He just wasn’t a good guy. The way he treated her was not ok. He just left me with a totally icky feeling. Her brother, Paul, was better, but not by much. He did have some redeeming moments. Daddy dearest, however, did not.

High Heat was a good, quick read. There wasn’t a huge amount of character development in this book, but both Sarah and Tom did come into their own a bit over the course of it. The romance wasn’t especially swoony or overly sexy, but it did seem realistic. I liked Sarah and Tom together. I blew through this book in just a couple hours, so it was an easy read. After reading the teaser for the second book, Screwball, at the end, I’m definitely interested to see what comes next in the series. 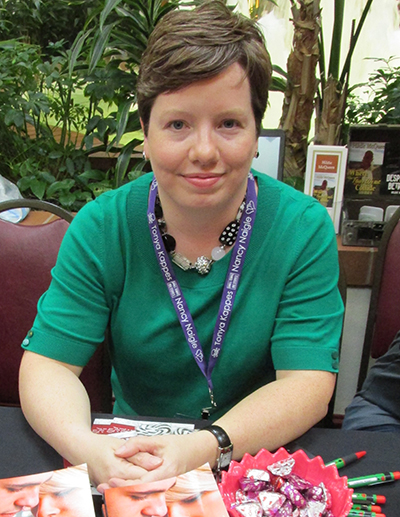 Linda Morris is a writer of contemporary romance. She writes stories with heart and heat, with a joke or two thrown in. Her book Melting the Millionaire’s Heart was an Amazon Top 100 Series Romance bestseller. The first book in Hard Hitters, her series about a fictional minor-league baseball team in southern Indiana, is High Heat, coming in June 2015 from Berkley.

When she’s not writing, working as a freelance editor and technical writer, or mommying, she’s doing yoga, reading, working in her flower garden, or baking delicious things she probably shouldn’t eat. She believes that there are two kinds of people: pie people and cake people, and she is definitely one of the former. Her years of Cubs fandom prove she has a soft spot for a lost cause. A beat-up old copy of Kathleen Woodiwiss’s Ashes in the Wind was her gateway drug into the world of romance novels, and she’s never looked back.