Welcome to my stop on the blog tour for Vi Keeland’s latest – Beat! If you’re a fan of rock star romances (or even just romance) you need to check this one out! I fell HARD for this book. 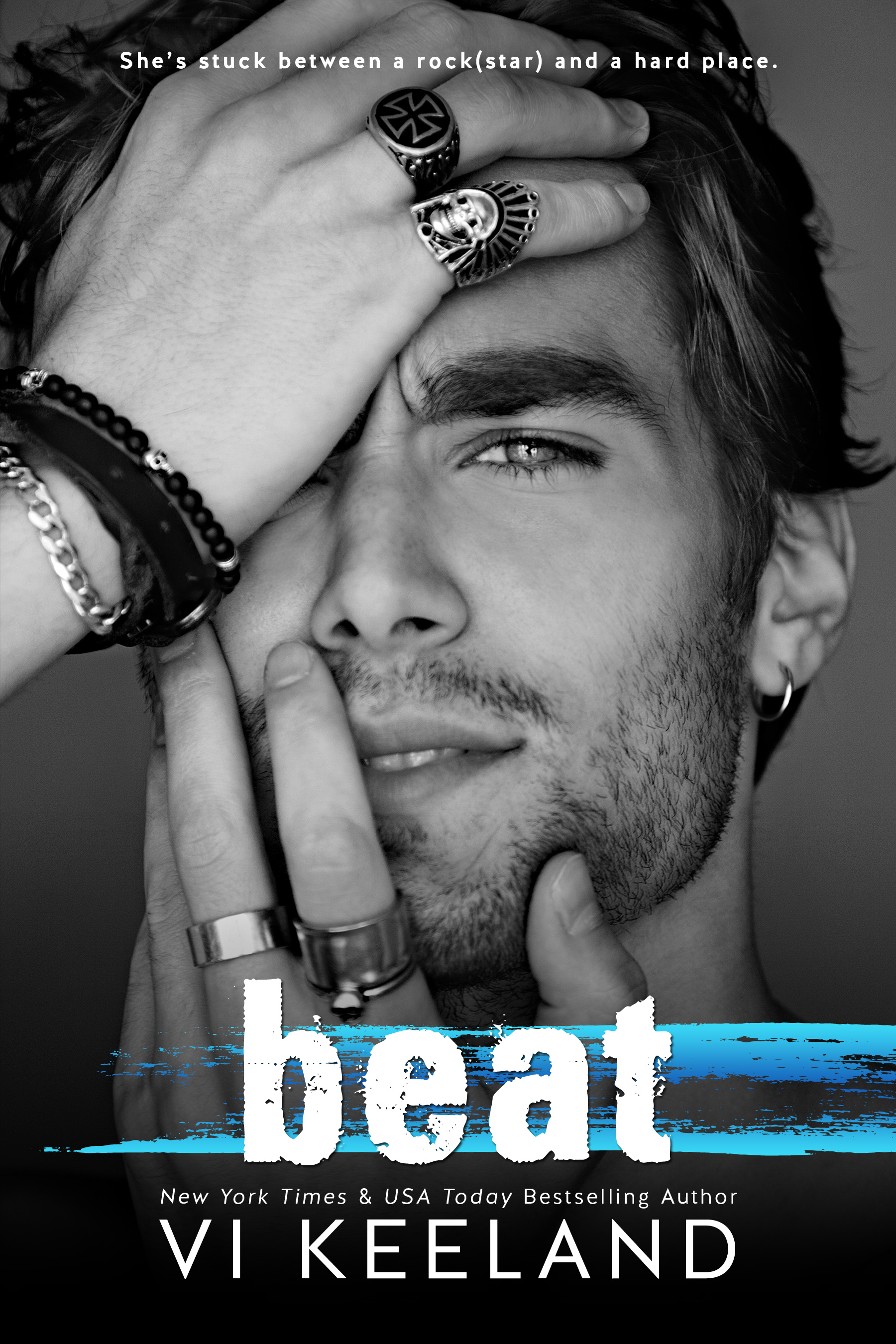 Beat by Vi Keeland
Genres: Adult, Contemporary, Romance
Publication date: June 14, 2015
Publisher: Self-Published
Format: eARC, 272 pages
How I got it: From the author
Add it: Goodreads
Buy it: Amazon
My rating:

I was stuck between a rock(star) and a hard place.

At fifteen, his poster hung on my bedroom wall. At twenty-five his body hovered over mine. Every girl's fantasy became my reality. I was dating a rockstar. Yet I was slowly falling for another man. The problem was--the two men--they shared a tour bus.

Flynn Beckham was the opening act.
Dylan Ryder was the headliner.

What happens when the opening act begins to shine so bright, it seems to dim everything else in its wake?

I'll tell you what happens. Things get ugly.

If I’m being completely honest I have to say rockstar romances are not my favorite thing. Don’t get me wrong, I’ve enjoyed a fair few of them in the past. I just don’t tend to gravitate towards them the way others do. Vi Keeland, on the other hand, is a go-to author of mine, so I knew I had to read this book. I’m so glad I did because I REALLY enjoyed Beat.

I have to start out by saying that Beat will not appeal to everyone. As you can tell from the blurb, there is a love triangle and (spoiler alert) cheating. If either of those things aren’t for you, you probably shouldn’t read book. But, if you are willing to overlook the cheating and give it a chance, a great book awaits.

My favorite thing about Beat was, hands down, Flynn. I loved his character. Despite his rising stock as a rockstar, he came off like a “real guy.” I liked him from the very start and he grew on me even more as the book continued. I liked Lucky, too, but she was a little too wishy-washy for me at times. I get it she was torn between her past and what could be her future, but it didn’t seem like a tough choice to me. Even considering her history with Dylan, there was absolutely question as to who the better match/nicer guy was. (Not that Dylan treated her poorly or anything… he was just too self-centered for me.) But who knows, maybe if I was in her situation I’d have given it the same amount of pause.

Beat struck a chord with me because Flynn was not your typical romance book rock star. (Or at least he was different from most of the guys in the ones I’ve read.) I loved how committed he was to Lucky, even when things were unclear between them. I’ve grown so tired of the “I can’t have her because reasons so I’ll sleep with anything in a skirt and parade them in front of her” mentality from so-called swoony book boyfriends. I’ll take loyalty over that *any* day of the week. I was crushing on Flynn hard during this book.

Beat had a good mix of romance and drama. The drama wasn’t overly dramatic or too angsty, yet I still had a serious case of the feels while reading it. I was definitely #TeamFlynn, which led me to get a little frustrated with Lucky at times, but I still enjoyed her character as well. This was one of those books that sucked me in from the early pages and I found myself finishing it in one sitting. To say I was invested in the story would be a gross understatement. It was sweet and sexy and I just couldn’t get enough of the chemistry between these two characters.

Getting through Flynn singing is incredibly hard.  The way his throat moves, the way his mouth caresses each syllable of the low, raspy sound that falls from his lips.  I should be watching his posture, his breathing, the way his larynx forces out the words—but instead I’m focused on the beauty of his mouth and how the sound of his voice glides over my body, making it feel both warm and tingly at the same time.  I’m lost when the song finishes, yet I haven’t really observed him yet.

Ummm…absolutely nothing from what I can see.  Everything was perfect.  Don’t change a thing.  Shit.  “Could you do it again?  Maybe a different song, one you haven’t sung in a while.  So the sounds are less familiar to your body.  Sometimes that can give me a different view.”  At least I make it sound like a real thing when the words come out.

He sings again, and this time I force myself to observe.  “Hmm…your posture is great.  Most people have a tendency to favor one side of their neck, which makes them tilt a bit when they speak, and it becomes magnified when they sing, which puts strain on the muscles around the vocal cords.  Your alignment is perfect.”

“Thank you, it goes with the rest of my perfectness,” he says with a teasing arrogance that, from the little I know about him, I know isn’t real.

“You didn’t let me finish.”

“You can’t now tell me I’m not perfect.  I was already basking in the glow.”

“Actually, it was perfect…but almost a little too perfect.  Which makes me think you don’t usually stand this way when you sing.”

“It isn’t the way I normally sing.  On stage, I usually have a guitar over my shoulder.  Even if I’m not playing it, it’s there.”

“Well, I need to see you holding your instrument to assess you fully, then.”

Flynn’s eyebrows quirk up and the dirty grin on his face is unmistakable.

“The guitar.  I’d need to see you holding the guitar.”

“That’s a shame.”  He shrugs, the playful smile still on his face.  “But okay.  It’s your call.  Whatever instrument you want to see me hold is fine with me.”

“So now we’re talking about the other instrument again?”

I roll my eyes, although this conversation is having more of an effect on me than I let on.