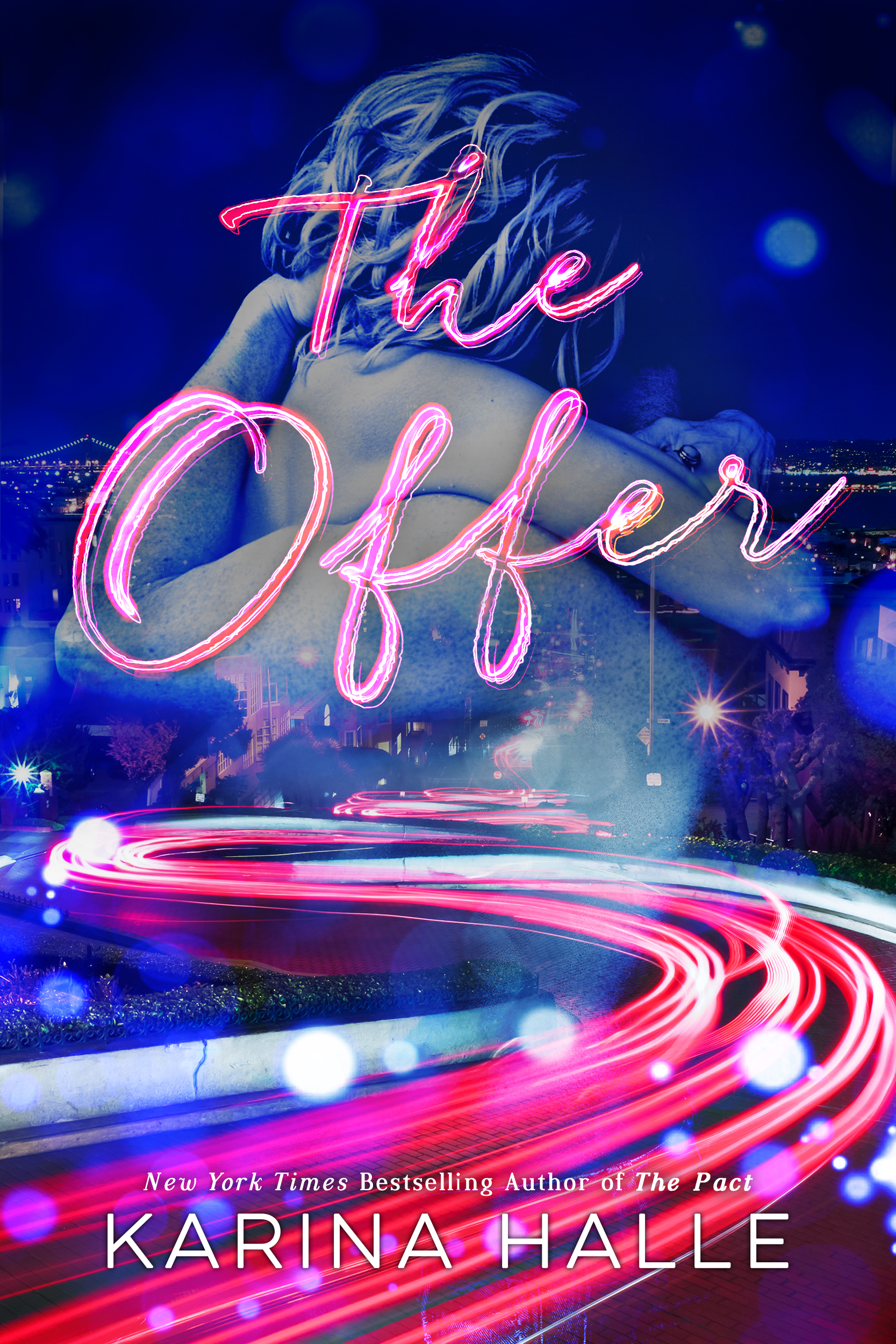 The Offer by Karina Halle
Genres: Adult, Contemporary, Romance
Publication date: June 14, 2015
Publisher: Self-Published
Format: eARC, How I got it: From the author
Add it: Goodreads
Buy it: Amazon
My rating:

She thinks he's an arrogant playboy.
He thinks she's an uptight prude.
But he's about to make her an offer she can't refuse.

Nicola Price used to have it all – a great career, the perfect boyfriend, an excessive shoe collection and an apartment in one of San Francisco’s best neighborhoods. But when she gets knocked up and her asshat boyfriend leaves her high and dry, Nicola’s perfectly crafted world comes tumbling down. And stays that way.

Now, Nicola is the proud single mom to a five-year old daughter and living a giant lie. She can barely afford their ghetto apartment and all the men she dates run when they hear she comes with a child. She’s struggling and scared – and nowhere near where she thought she’d be at age thirty-one.

Her saving grace comes in the form of a tall, handsome and wealthy Scotsman Bram McGregor, the older brother of her friend Linden. Bram understands a thing or two about pride, so when tragic circumstances place Nicola at rock bottom, he offers them a place to live in the apartment complex he owns. It’s pretty much the perfect deal, so as long as she doesn’t mind living beside Bram, a man that, despite his generosity, seems to antagonize her at every turn.

But nothing in life is free and as Nicola gets her feet back on the ground, she discovers that the enigmatic playboy may end up costing her more than she thought.

Those McGregor brothers are nothing but trouble...

I’ve been intrigued by Bram since we met the Scottish playboy in The Pact. I couldn’t wait to get more of his story and, of course, meet the woman who would “tame” him.

For a long time I was leery of the single mom storyline. I had a tough time relating to the characters and getting wrapped up in their stories. Maybe it was that I was reading the wrong books. Lately I’ve found myself connecting with them more easily. Maybe it’s because I’ve been around more kids (and parents, for that matter) so I find it easier to connect with their stories now? I’m not sure exactly what caused the switch in me but I’m grateful for whatever it was. I don’t know that I would’ve enjoyed this book as much even a year ago as I did now. Because, while I enjoyed the romance, Nicola and all things dealing with her daughter, Ava, were my favorite parts of this book.

I LOVED Nicola. She was such a great mom and a strong woman. She hadn’t been having the easiest time as of late, but instead of whining and feeling sorry for herself, she did whatever she needed to do to give her daughter the love and care she needed. She agreed to Bram’s offer of housing because it was what she needed to do, even if she had reservations about him and his place in her life. She took on a job “beneath” her qualifications because she needed it to care for Ava. She even pushed her attraction for Bram aside at first because of her concern for Ava’s well-being and how she would handle it when things between them came to what she believed would be an inevitable end. These days when it seems like parents in books are more selfish and absent than they should be, I appreciated this representation of a strong, single mom.

If I’m being totally honest, I had my own reservations about Bram for a portion of this book. There’s no denying he was sexy as sin and could show a woman a good time, but it took me awhile to be sure he was a good match for Nicola. The attraction was there. Their chemistry sizzled. He could give her passion. I just wasn’t sure of his motivations beyond that. I feared Nicola was setting herself (and Ava!) up for huge, ugly heartache. There was a lot more to Bram than met the eye though. And, hey, no one is perfect. It didn’t take all that long before I was singing his praises, swooning over his words and hoping Nicola would let her walls down a bit so he stood a chance. (And without getting too spoilery – some of the moments between ‘Bram-a-lama-ding-dong’ and Ava completely melted my heart. Sigh.)

This book was addicting. I couldn’t put it down once I started reading. No matter the subject matter or genre, Karina’s writing always pulls me in and won’t let me go until long after I’ve finished the book. I love her style. Her words give me chills. Even when the book is lighthearted, I still manage to get punched in the feels every single time. The Offer was no exception. I smiled, laughed, cringed, blushed and, yes, cried a bit. Expect to run the full gamut of emotions with this one, but ultimately to be left with a huge smile on your face.