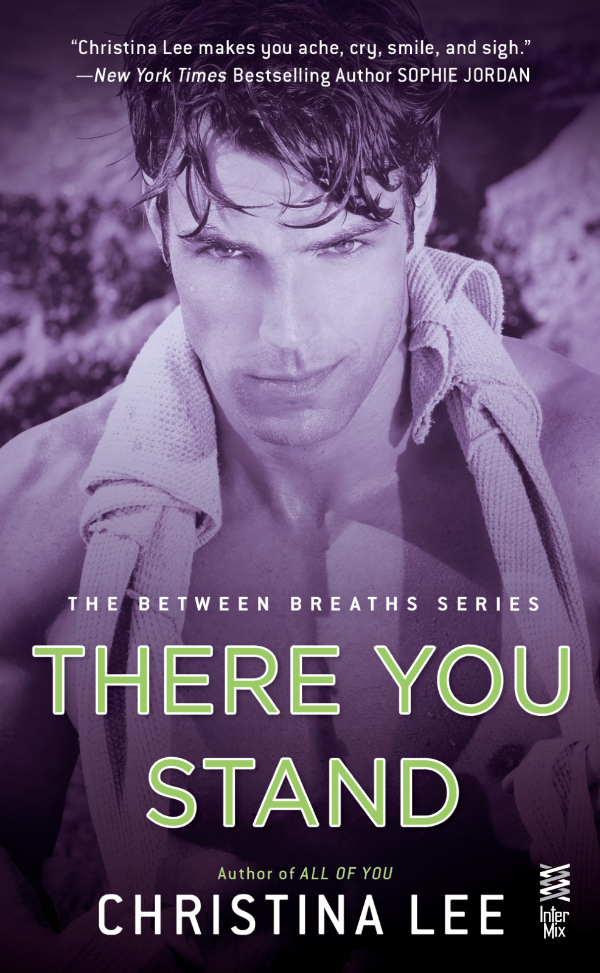 Tattoo artist Cory Easton has worked long enough at Raw Ink to know, just by looking at a dude, what his body art reveals, what makes him tick, what even makes him scared. Until he meets the quiet and remote Jude York—so unreadable, so unreachable, and so unlike anyone else, he can’t help but arouse Cory’s curiosity.

As captivating and complex as his ink, Jude is a mystery—and Cory’s falling fast and hard under his spell. Against his better judgment to steer clear.

The rumors of Jude’s past overshadow him—whispers of prison and an unmentionable secret that’s kept him in the protective shadows of a local motorcycle club. As Cory probes deeper, he wonders how much he really wants to know. Especially since Jude has awakened something inside him that has been buried too long—and has him feeling completely alive for the first time in forever…

I’ve been anxiously awaiting Christina Lee’s There You Stand since I first heard about it. I was excited she was writing a M/M romance, especially because it was part of her Between Breaths series – a series I’ve been a big fan of from the very start.

There You Stand is told solely from tattoo artist Cory’s POV. I really liked Cory and I found it pretty easy to connect with him. He’s a good guy, sure of who he is. I enjoyed the honesty of his inner dialogue and the relationships he had with others. His relationship with his grandma was a highlight of the book for me, too.

Jude is the mysterious new guy in town. He doesn’t say much… to anyone. I couldn’t help but be reminded slightly of Archer’s Voice in the early chapters of this book, but it wasn’t long before I realized there were only slight similarities. Jude’s clearly keeping a secret and he’s determined not to get close to anyone. But, Cory seems to wiggle his way in regardless.

My favorite thing about this book was watching Cory peel back Jude’s layers and get to the truth of the man underneath. I enjoyed that they became friends before anything else, even if the attraction between them characters was evident from the beginning. I liked how slowly things seemed to develop between them, especially since attraction or not, Jude was far from an open book, so I didn’t want Cory to get hurt if Jude was just curious. It rang true to me. I enjoyed how they each opened up to one another and just how well they got to know each other as they were building something real. And the slow burn of sexual tension? Deliciously hot.

Both Cory and Jude have pasts they’re trying to deal with and they both made me sad when they were revealed. Cory’s past undoubtedly affects his present day actions, but not to the extent that Jude’s does. Jude’s past is what drives the biggest drama and adds quite a bit of suspense to the story. I didn’t exactly love the path it took at times, but I liked how it all wound up at the end.

I think There You Stand was an excellent addition to the Between Breaths series. I thoroughly enjoyed the characters and the romance. If you’ve not yet read the other books in the series, don’t let that stop you from picking up this book. It’s definitely a standalone, with only very loose ties – in my opinion – to the other books in the series. Of course, you should go back and read the first three books because they’re wonderful new adult books.

Tags: 4 Star Review, Between Breaths, Christina Lee, In Review, There You Stand

2 responses to “In Review: There You Stand (Between Breaths #4) by Christina Lee”