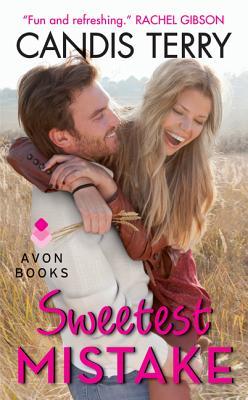 Firefighter and former Marine Jackson Wilder has tough guy down to an art, but he’s learned the hard way that promises were made to be broken. Abigail Morgan was once his best friend, his first kiss, his first love, his first everything. He’d just forgotten to mention all that to her and she blew out of his life. Five years later, she’s back and he’s battling a load of mistrust for her disappearing act. But for some reason he just can’t keep his lips—or his hands—to himself.

When her stint as a trophy wife abruptly ends, Abby returns home to Sweet, Texas, and comes face-to-face with Jackson—her biggest and sexiest mistake. Time and distance did nothing to squash her love for the act-first-think-later stubborn hunk of a man, and when he suggests they renew their old just-friends vow, Abby realizes she wants more. She’d cut and run once. Could she do it again? Or could she tempt him enough to break his promise?

I decided to take a short break from my regularly scheduled reading to take a little trip back down to Sweet, Texas this week and I’m so glad I did. Jackson’s story had me swooning all over the place. I totally understand why my friend enjoys this series as much as she does. It’s quickly becoming one of my favorites of this genre.

Second chance stories are easily one of my favorite tropes in romance. I’ve always loved the idea of past loves reuniting. (I’m not going to even spend a second thinking about WHY I enjoy them so much. Ha! That’s a bad mental road to travel. But I digress…) This time the romance was between Jackson and Abby. They were each other’s first everything. Abby left Jackson years ago when he joined the military and headed to Afghanistan. It was a bad choice, but it was the best one she could make at the time. Life has changed drastically for each of them in the last seven years, but now they’re both back in Sweet, Texas and it’s time to come to terms with what happened in the past. Because, the spark is undeniably still there between them.

I really liked both these characters. Jackson – former soldier, current firefighter, father – was sweet and brave. You just couldn’t NOT like him. He’s close with his family, maintains a good relationship with his ex wife and is just flipping adorable when with his daughter, Izzy. Abby was a little tougher to get a handle on, but I liked her. She’s not had the easiest time since leaving Sweet – entering a loveless marriage, being a trophy wife and then ultimately being unceremoniously dumped. I really did feel bad for her. I also enjoyed her attitude and spunk. And when with Jackson, chemistry sizzled all over the place. I enjoyed the push-pull of them fighting not to fall back into those old feelings, while at the same time wanting little more than to be together.

This was a great addition to the Sweet series. I loved visiting again with the characters from the first book. Charli and Reno still make me smile. Mom Jana’s meddling self is one of my favorite things about this series, too. It’s so perfectly southern and realistic, without being totally over the top. This series is a perfect one to turn to when I’m in the mood for something light, with great romance and some feels, that will leave me smiling at the end. I’m absolutely looking forward to fitting the third book into my reading schedule soon.