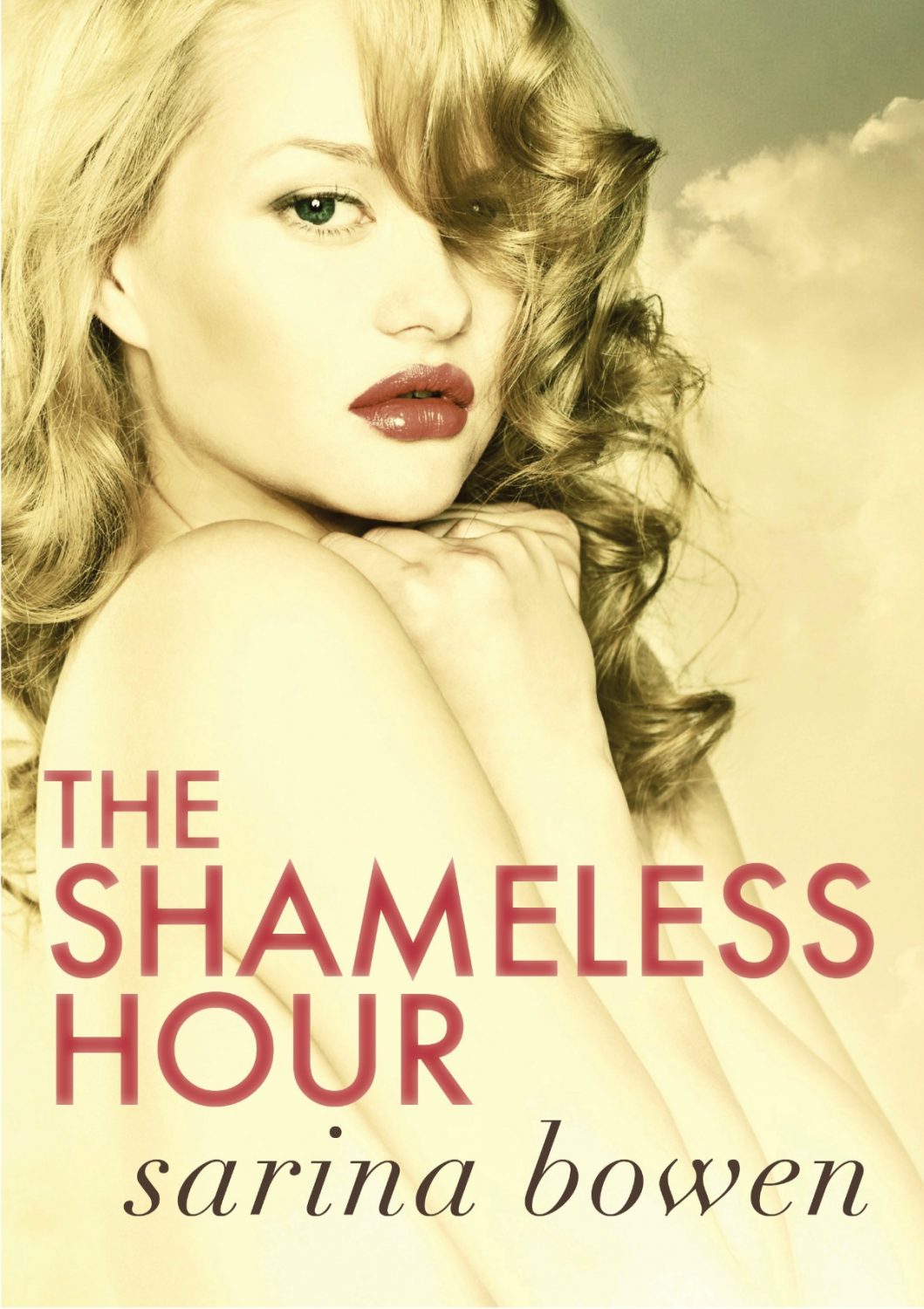 The Shameless Hour by Sarina Bowen
Series: The Ivy Years #4
Genres: Contemporary, New Adult, Romance
Publication date: April 15, 2015
Publisher: Self-Published
Format: eARC, 317 pages
How I got it: From the author
Add it: Goodreads
Buy it: Amazon | Barnes & Noble
My rating:

For Bella, the sweet-talking, free-loving, hip-checking student manager of the Harkness men’s hockey team, sex is a second language. She’s used to being fluent where others stutter, and the things people say behind her back don’t (often) bother her. So she can’t understand why her smoking hot downstairs neighbor has so much trouble staying friends after their spontaneous night together. She knows better than to worry about it, but there’s something in those espresso eyes that makes her second guess herself.

Rafe is appalled with himself for losing his virginity in a drunken hookup. His strict Catholic upbringing always emphasized loving thy neighbor—but not with a bottle of wine and a box of condoms. The result is an Ivy League bout of awkwardness. But when Bella is leveled by a little bad luck and a downright sinister fraternity stunt, it’s Rafe who is there to pick up the pieces.

Bella doesn’t want Rafe's help, and she’s through with men. Too bad the undeniable spark that crackles between the two of them just can't be extinguished.

I’ve loved each and every book in Sarina Bowen’s Ivy Years series. Immediately upon finishing one, I begin chomping at the bit waiting for the next book to be released. This time it was Bella’s book and I couldn’t have been happier. I suspected what I knew of her so far from observing her in her role as team manager for the last few books just barely scratched the surface of this woman. I was right. I loved her even more than I thought I would. And Rafe? What a swoony book boyfriend.

If you’ve read any of the books in this series, you’ll recognize Bella as the hockey team manager. You might even have some preconceived notions about her. She’s a woman more than willing to embrace her sexuality and is used to being judged for it. She’s been dealing with a number of issues lately, including finding out her best friend and the guy she was in love with, is gay. Unfortunately, life isn’t done kicking Bella around – but she’s damn sure gonna fight back. Can I tell you how much I loved Bella? She’s a woman I would absolutely be friends with in real life.

The thing that happens to Bella in this book is horrible and damn near broke my heart. (**Slight spoiler** just in case this is a trigger for you – she is not sexually assaulted as I feared.) Yes, she hid at first, but when she was ready to face the world again (with help from Rafe and her neighbor, Lianne) she came out swinging. Gods, I loved it. But, I’m not gonna tell you any more about that. You need to experience it all for yourself. Some of her scenes were tough to read because I hated seeing her in pain. But, I also knew she would fight and get through it. That’s just the kind of woman she is.

Rafe was a genuinely good guy. A soccer player (yum) who works in his family’s restaurant in New York City, he’s a hard worker and total family guy. He’s concerned about others, sexy as hell and sweet as can be.  He was inexperienced and a little naive in some ways. But he was adorable. Oh, and did I mention how he would say phrases in Spanish during the sexy times? So. Freaking. Hot. Most of all, however, I respected how he treated Bella. He had feelings for her, knew she wasn’t ready for a relationship, but was still a really good friend to her. He didn’t push her hard or pursue her relentlessly. He was just there in her time of need, as a friend, and that made for a great base for things to grow between them.

I can’t think of a more perfect match for Bella than Rafe. Sure it was a slightly unconventional pairing – the virgin guy with the more experienced woman (a trope which I thoroughly enjoy because role reversal!), the rich white girl with the not-so-rich Hispanic boy – but it worked perfectly. She pulled him out of his comfort zone and, really, he did the same to her. He was unwilling to do casual – after their initial night together, anyhow. Bella only does casual. He wanted more from her and she was interested in him, but wasn’t ready to take a leap. I really liked how close they grew after their first night together. And, of course, I was shipping them hard because how could you not?

As has been the case with the other books in this series, there’s more than just romance, sexy times and drama to this book. I really liked so many of the secondary characters in this story. First and foremost, Bella’s neighbor Lianne. She surprised me. I can’t wait for more of her. I even liked Rafe’s roommates, even if they were a bit crass and obnoxious at times. Bella’s family makes an appearance and, honestly, I’m not a big fan. (But they did grow on me a bit.) Rafe’s family, however, was wonderful. I enjoyed the scenes they were featured in.

The Shameless Hour was a wonderful addition to the Ivy Years series. Each of the women in this series have kicked some serious ass and Bella was no exception. Rate was amazing. The romance was fantastic. The sexy times were off the chart hot (sexy phrases in Spanish!). The storyline was realistic and dealt with some heavy issues without ever feeling overwhelming. I went through ALL the emotions though. Parts had me laughing, others crying, others so angry I wanted to cause harm to those who harmed Bella. I’d give it more than five stars if I could.