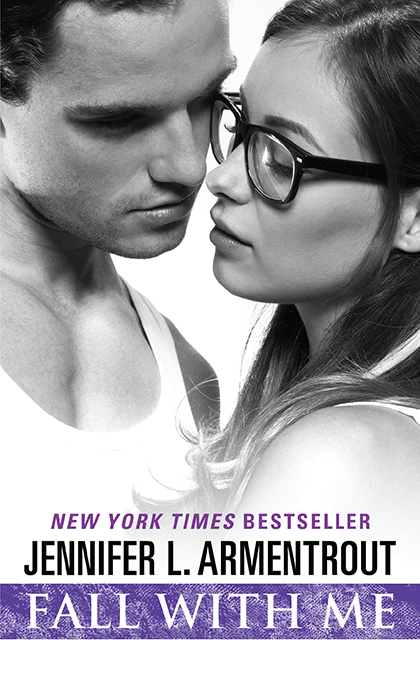 Eleven months ago, bartender and weird-shirt-wearing extraordinaire Roxy and Officer Reece Anders had a one night stand. Well, kind of. She’s been in love with him since she was fifteen, and he wishes that night they shared never happened. She’s sworn him off forever, but the past and future collide, forcing her to rely on the one man who broke her heart not once, but twice.

Her best friend since birth has been in a long-term care facility since he became a victim of a hate crime years ago, and the person who put him in there is out of prison and wanting to make amends with him and Roxy. She’s not sure she has room for forgiveness in her and when she begins to receive frightening messages and is on the receiving end of escalating violence, she thinks she knows who is to blame. The man who already destroyed one life already.

But Reece isn’t convinced. The threats are too personal, and even if Roxy doesn’t believe him, he’s not willing to let anyone hurt her. Including himself. He’s already messed up more than once when it comes to Roxy and he’s not going to let history repeat itself.

Holy crap! What a book. Warning: Fall with Me is of the unputdownable variety, so make sure you clear your schedule before you start.

I was excited to get Roxy and Reece’s story. I wasn’t disappointed. They were a great pairing. Seeing them together made me a little sad that they lost a year because of one night and a secret, but I can’t deny I loved watching them find a way back to each other. They were sweet and sexy and the sparks never stopped flying between them.

The characters were great. Roxy was easily relatable on a number of levels. I loved her sarcastic t-shirts and attitude in general. I wish she had been a little more open, sooner, however. She was keeping a lot inside. And who doesn’t love a hot cop? Reece was everything I love about JLA’s heroes and more. He was just alpha enough without being overbearing. No player/manwhore/douchebag here. He’s the real thing. And he’s a little more open with the communication than Roxy was. While part of me (greedily) wishes we had seen more inside his head during this book, I don’t really feel his POV was necessary. He wasn’t afraid to put his feelings and thoughts out there… one more reason to adore him.

That stalker storyline? What a mindfuck. You know when you’re watching a horror movie and you’re all “Don’t go in there girl!” … that was me with this book, except I was yelling at Roxy to not be a stupid girl. (What with her police officer boyfriend and strange things going on in nearby towns…) And I definitely took a quick break from reading to make sure my doors and windows were all securely locked. This one will get inside your head. If you live alone, I recommend reading it during daylight hours. 🙂

Fall with Me was (more than) a (bit of a) tearjerker, too. The story of Roxy’s friend Charlie broke my heart. It’s pretty much been my own personal worst nightmare (or near the top of the list, anyhow) since I became friends with so many gay men starting in college. I couldn’t help but put myself in her shoes. It took awhile to get the full story and I understood her guilt once I learned all the details, but I didn’t fault her. But, I also get why she felt as she did. I can’t say I would’ve felt any differently if I was in her shoes.

This book was a great addition to the Wait for You series. I love how we get a glimpse of the other couples from the earlier books here. It’s always nice to catch up with old favorites while falling in love with new characters.

4 responses to “In Review: Fall with Me (Wait for You #4) by Jennifer L. Armentrout”