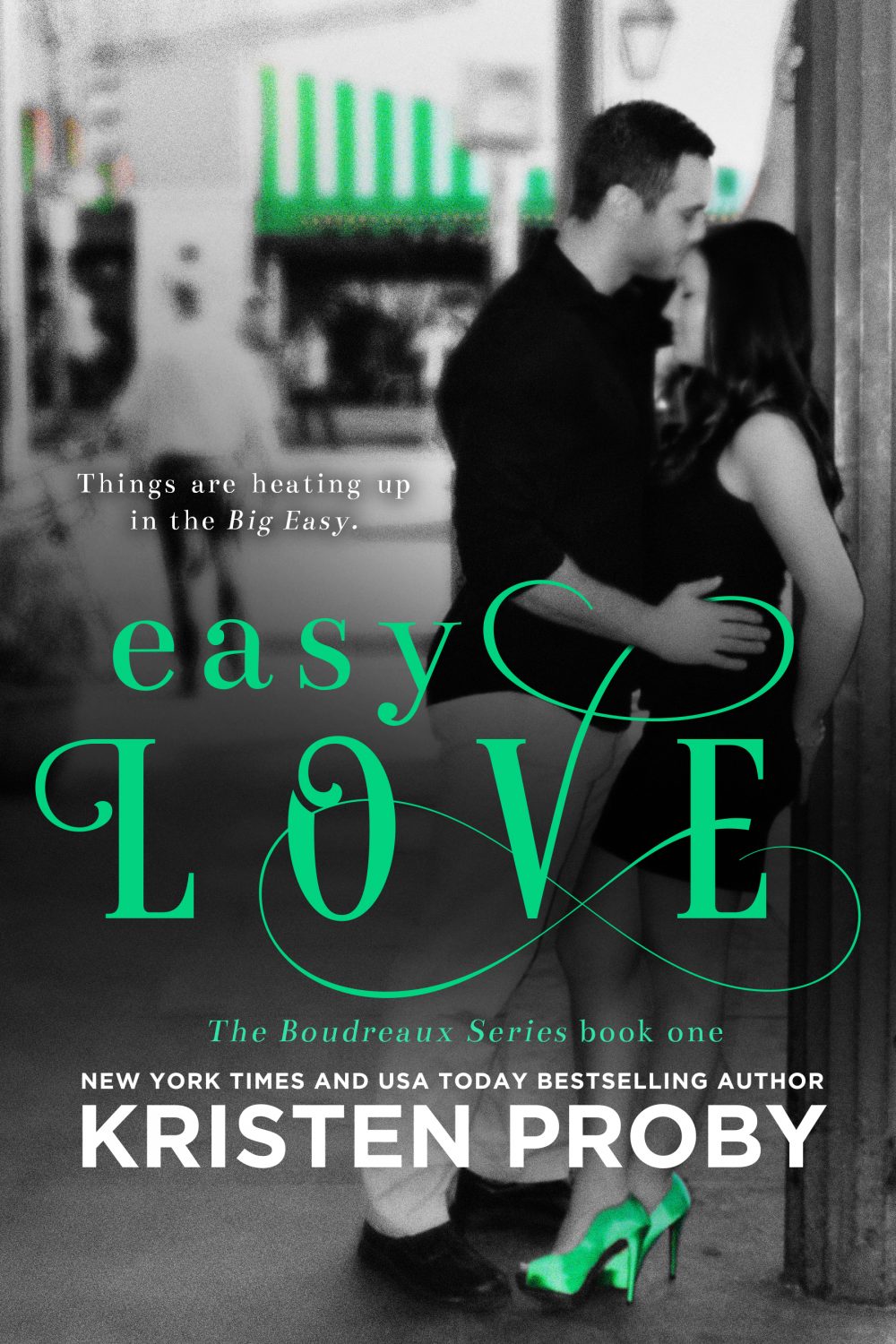 Eli Boudreaux’s family has built ships and boats in Louisiana for generations. He comes from a hard working, wealthy family and his empire is growing by leaps and bounds. At thirty, he is the youngest CEO to ever head Bayou Enterprises, co-chairing with his eldest brother. His head for business and his no-nonsense work ethic is also quickly making him the best the company has seen in generations. His staff admires him, women adore him and Eli’s family is solid. But he’s recently discovered that someone on the inside of his business is stealing from him and he’s determined to find out who.

Kate O’Shaughnessy is hired by companies all over the world to slip inside and investigate every member of the organization from the CEO down to the custodial staff to find the person or persons responsible for embezzling. She’s excellent at blending, becoming part of the team, and finding the weakest link. She’s smart, quick-witted, and she’s now been hired by Bayou Enterprises, specifically Eli Boudreaux. The attraction is immediate and the chemistry is off the charts, but Kate has heard all about Eli’s playboy past and she has a job to do. Sleeping with the boss isn’t a part of that job, even if just the sound of her name rolling off that Cajun tongue and the way he fills out a designer suit does make her sweat.

Eli’s southern charms surprise Kate. The man whose reputation labels him as a ruthless, callous womanizer is not the man she’s coming to know intimately. He’s generous, protective and makes her smile. Cracking through Kate’s cool, reserved demeanor and discovering her love of sexy, expensive lingerie is a challenge Eli can’t resist, but her sweet nature, love of family and sense of humor pull at him in ways no one else ever has.

But when the person responsible for trying to single-handedly dismantle Eli’s empire comes to light, and it’s time for Kate to move on, to what lengths will Eli go to keep the woman he he’s fallen in love with by his side?

Confession time: Easy Love is my first ever Kristen Proby book. I know. I’ve really been missing out.

Easy Love was everything I love about contemporary romance. The characters were charming. The setting made me want to pack my bags and move to New Orleans. (Though, truthfully, the music and food are enough to make me want to do that on a normal day.) The sexy times were hot. It had just enough feels to give me the warm fuzzies at the end, but not so many that it was angsty and overwhelming. If this is what Kristen’s books are like, sign me up from here on out.

Eli was so swoony, if imperfectly so. He has a reputation as quite the ladies man, but once Kate appears on the scene, she’s the only person he can think of. You always want what you can’t have, right? She’s working for his company, friends with his family and should be totally off limits. The chemistry between them can’t be denied though. No matter how hard he tries. There’s just something about her.

Kate was a great heroine. She was strong and sassy. Smart and determined. She was dedicated to her job and a great friend. After her marriage to a real piece of scum failed, she made up her mind to never let a man make her decisions for her, or push her around. It would’ve been easy to retreat and be weak, but she did just the opposite.

Together, Eli and Kate were freaking magical. The sexual tension was palpable. I enjoyed their banter and the way they challenged each other. Some of my favorite moments were when Eli … encouraged … Kate to talk dirty. It was so out of character for the woman who used darns and dangs instead of real swear words. He knew it. But something about him brought it out in her. And I’m glad it did. I loved it.

I loved this book so hard. In addition to a sweet and sexy romance, there was also a healthy dose of friends and family. I love the Boudreaux clan and can’t wait for the next book in this new series. As long as it has the heart and feels Easy Love did, I’m sure I’ll love it, too.

4 responses to “In Review: Easy Love (Boudreaux #1) by Kristen Proby”