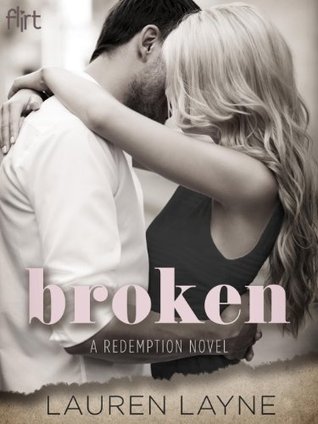 When Olivia Middleton abandons the glamour of Park Avenue for a remote, coastal town in Maine, everyone assumes she’s being the kind do-gooder she’s always been. But Olivia has a secret: helping an injured war veteran reenter society isn’t about charity—it’s about penance. Only, Olivia’s client isn’t the grateful elderly man she’s expecting. Instead, he’s a brooding twenty-four-year-old who has no intention of being Olivia’s path to redemption . . . and whose smoldering gaze and forbidden touch might be her undoing.

Paul Langdon doesn’t need a mirror to show him he’s no longer the hotshot quarterback he was before the war. He knows he’s ugly—inside and out. He’ll do anything to stay in self-imposed exile, even accept his father’s ultimatum that Paul tolerate the newest caretaker for three months or lose his inheritance. But Paul doesn’t count on the beautiful twenty-two-year-old who makes him long for things that he can never have. And the more she slips past his defenses, the more keeping his distance is impossible.

Now Paul and Olivia have to decide: Will they help each other heal? Or are they forever broken?

A long, long time ago (at least in book time) I read a novella called Isn’t She Lovely. It was my first time reading one of Lauren Layne’s books. I fell in love with it. Then, for one reason or another, I totally forgot to check in and see when a sequel would be available. It wasn’t until I was on NetGalley a month or so ago and saw the second full-length book was available to request that I thought to look further into the series. I hate that I waited so long to do it, but I am so, so glad I read this book.

Olivia was a character I didn’t much care for in Isn’t She Lovely. The ex girlfriend of the leading man, she just didn’t impress me much. She came off as spoiled and shallow and generally unlikable. And she really was. But that’s the old Olivia. In this book, she knows she screwed up when it came to Ethan and Michael. She was all about paying her penance, and was doing so by going to Maine for the summer to attend to a wounded war vet. She had no idea what she was getting herself into.

Olivia thought she would be assisting an older, cranky war vet, but what she got instead was Paul. Paul was nearly her age, stunningly attractive (even with the wounds on his face) and incredibly bitter. His dad was ready to write him off entirely. The staff at the house found him difficult. He didn’t want Olivia’s help. He didn’t want anyone’s help. He simply wanted to be left alone. The only reason he even agreed to having Olivia there was so that his father would give him the inheritance he needed to help his now deceased friend’s family. But, as it so often happens, what he wanted least was what he really needed most.

I don’t even know where to start when it comes to my feelings for this book. I loved the depth of the characters. I loved that Olivia was strong enough to push back when Paul tried to get under her skin. I didn’t expect that of her, which made it even better. I’m a sucker for a good antagonistic story and these two did it better than any books I’ve read in recent memory. I loved the pace at which things happened between them. It felt real. It was great to watch them move from barely tolerating each other (and desperately trying to push each others buttons) to friends to something physical and to something more substantial. I enjoyed their banter and their passion. But still, I kept waiting for the other shoe to drop because I knew it would. It broke me when it did. Then it put me back together again.

This book was just fantastic. It’s one of my favorite new adult reads of the year so far. It was real and honest and all kinds of emotional. I fell in love with the characters and cheered their growth throughout the book. My heart broke for Paul at times as I watched him struggle to accept who he was now and find those small ways to enjoy the things that used to be a huge part of him. I started off the book relatively ambivalent about Olivia, but I was singing her praises when it was all said and done. I loved that she was strong and confident enough to push him, to help him, but also knew when to walk away. Gah! I just loved these two so much. They made me feel everything.

I’m definitely excited for the next book in this series. I’m interested to see what Michael is really all about. If the first two books in this series are any indication, I will fall in love with it.

One response to “In Review: Broken (Redemption #1) by Lauren Layne”