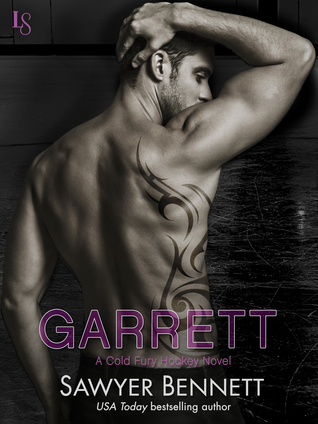 Carolina Cold Fury star Garrett Samuelson never wants to miss out on a single minute of fun. Whether he’s playing hockey, hanging out with friends, or walking the red carpet with a new date on his arm, he lives every day to the fullest. When he meets Olivia Case, he sees someone who’s exactly his type—confident, sexy, smart . . . his next fling. But the more he pursues her, the more Garrett shares a side of himself that other women don’t normally get to see.

Olivia has been keeping a secret. While Garrett lives for the next thrill, Olivia’s not sure she’ll live to see the next day. She’s undergoing treatment for some serious medical issues, and she doesn’t have time for a relationship with no guarantees—especially one with a hot-as-sin womanizer who won’t take no for an answer. But as she gets to know the real Garrett, Olivia can’t help falling for him . . . hard. To reveal the truth would mean risking everything—but you can’t score without taking the tough shots.

Sawyer Bennett’s Cold Fury series is quickly becoming one of my favorite sports romance series of the moment. I’ve always been partial to football players, but she’s making me think perhaps I need to check out some more hockey players. Because, seriously, I love her smoking hot men.

Garrett was an interesting character in the first book, Alex. Sexy as sin and all about the good times, he was the consummate playboy who definitely wasn’t interested in anything serious. Of course, this meant I was all the more interested in meeting the woman who made him want to change his playboy ways.

Olivia was such a great, strong woman. The reality she was facing was incredibly scary, but I respected how she handled it. She let people in and had a great support system to rely on. Garrett quickly became one of those people she relied on, even if she was frustrated by the way he treated her as though she was breakable at times. (And, really, so was I. I got it, but I understood more why she wanted things to be normal.)

I absolutely loved Garrett and Olivia together. Things started off pretty quickly with them, but it felt natural to me. He knew who he wanted, even if he didn’t realize the full scope of what he wanted from her when things began. I loved watching the changes in Garrett’s character as he fell for Olivia. They were passionate and invested in the relationship. Their scenes were smoking hot, as I’ve come to expect of Sawyer, but always tinged with more than just sex.

Now begins the countdown for Zack, the third book in the Cold Fury series. My heart broke right along with his during this book. I’m being purposefully vague, but what happened took me totally by surprise. Now, I need to know how he overcomes it all. Fortunately the wait for his book isn’t too long.

Sawyer’s done it again! There’s a reason I love this lady’s books. (Actually there are A LOT of reasons, but you know.) If you’re not reading this series, you should be.

One response to “In Review: Garrett (Cold Fury Hockey #2) by Sawyer Bennett”