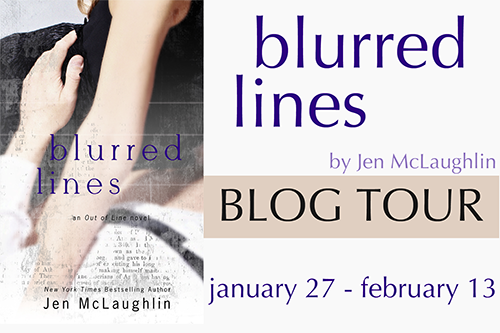 Welcome to my stop on the blog tour for Jen McLaughlin’s Blurred Lines! It’s the perfect addition to her Out of Line series. 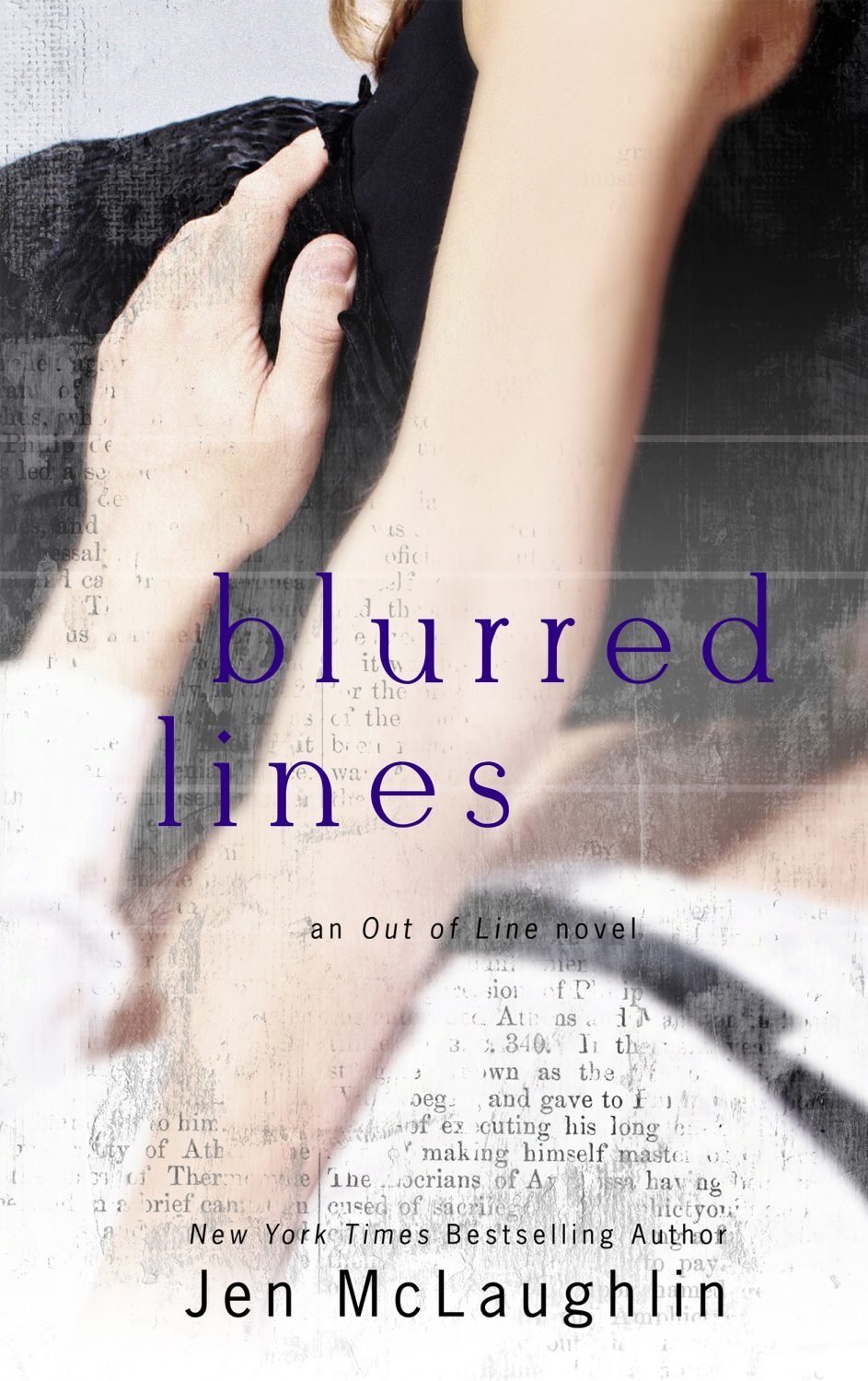 Blurred Lines by Jen McLaughlin
Series: Out of Line #5
Genres: Adult, Contemporary, Romance
Publication date: January 26, 2015
Publisher: Self-Published
Format: eARC, 190 pages
How I got it: From the author
Add it: Goodreads
Buy it: Amazon | Barnes & Noble
My rating:

Finding my fiancée naked on my couch might’ve been a good thing, if her ex-boyfriend hadn’t been with her. For the past eight years I’ve been a witness to the power of true love, but after getting burned I’d decided there wasn’t any hope for me finding it for myself. Until I met Noelle Brandt in a hotel bar. Maybe it wasn’t the most romantic meeting, but the moment I met her I knew I had to have her. The more I learn about her, the more I know I’ll do whatever it takes to keep her.

I’d already found the love of my life, but I’d lost that love forever. And I’d been lost ever since. But one night a wounded man makes all of that go away. He makes me laugh, live, and feel alive. When he tells me he has no intention of letting me go, I finally begin to believe in the power of true love again. That is, until I find out who he really is…and by then, it’s far too late to correct the mistakes we’ve already made. By the time we both know the truth, the lines have already been blurred beyond recognition.

As a fan of the Out of Line series, I was really excited to get Riley’s story! Now, if I’m being honest, I didn’t always like Riley early on in the series. How could I? He was trying to get between Carrie and Finn and I just can’t abide that. But, I also knew there was more to him than met the eye and I couldn’t wait to see him get his happily ever after.

Blurred Lines is one of those books I devoured in one sitting. It was easy to swoon over Riley – except in those few moments he was being a real jerk. He was fresh out of an engagement to a woman who cheated on him when he met Noelle. Can I tell you how much I loved Noelle? She was a dirty book author! I might not write dirty books, but I enjoy reading them and that made it pretty easy for me to connect with her. She was a widow with a healthy dose of guilt and a bit of baggage. Her story hurt my heart.

It was easy to see the connection between Riley and Noelle soon after they first met. (At a hotel during an author conference! Loved it!) Sure, they kicked things off with what was intended to be a one night stand, but something with them clicked. One night wouldn’t be enough with these two. Things begin to move at warp speed for them, but it worked for them. (And for me.) I really liked them together. I liked that he pushed her a bit, made her realize she could feel something again after the death of her husband. I loved how just the simplest of interactions with her made him realize what he had been missing all along – a real connection with a woman. And the passion they shared? STEAMY.

One of my favorite things about this book was the reappearance of Carrie and Finn! I love these two so much – and they’ve been through so much together. It was great to catch up with them. I especially enjoyed how Finn became a champion for Riley. It made me swoon just a bit.

Blurred Lines could certainly be read as a standalone, but I’d still encourage readers to get the full backstory. It’s all so very good – romantic, sexy and, at times, suspenseful – you’ll want to read it all. This is a great series and I love how it’s evolved from new adult to adult. Riley’s story definitely made an excellent addition.

Jen McLaughlin is a New York Times and USA Today bestselling author. She writes steamy New Adult books for the young and young at heart. Her first release, Out of Line, came out September 2013. She also writes bestselling Contemporary Romance under the pen name Diane Alberts.Since receiving her first contract offer under the pen name Diane Alberts, she has yet to stop writing. She is represented by Louise Fury at The Bent Agency.

Though she lives in the mountains, she really wishes she was surrounded by a hot, sunny beach with crystal clear water. She lives in Northeast Pennsylvania with her four kids, a husband, a schnauzer mutt, a cat, and a Senegal parrot. In the rare moments when she’s not writing, she can usually be found hunched over one knitting project or another. Her goal is to write so many well-crafted romance books that even a non-romance reader will know her name.