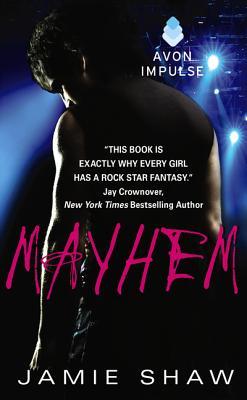 When college freshman Rowan Michaels meets gorgeous, up-and-coming rock star Adam Everest, she knows a player like him is the last thing she needs after her ex-boyfriend shattered her heart. But she can't stop thinking about the kiss they shared on his tour bus.

On the first day of school, Rowan is stunned when Adam saunters into her French class. He's soon failing miserably, and, on a whim, she offers to tutor him. But Adam doesn't recognize her as a makeup-free, glasses-clad college student—a far cry from the beautiful, mysterious "Peach" he met at his concert.

During a wild weekend on tour with the band, Rowan can't help falling for the sweet guy buried beneath Adam's rocker persona. Yet she knows she could never compete with the girls constantly throwing themselves at his feet. She'd just end up hurt … again.

Peach is all Adam thinks about, though, and when Rowan realizes this, she has a decision to make: stay just friends to protect her fragile heart … or reveal the truth about the night they met and admit she's fallen completely, hopelessly in love with him.

I had pretty high expectations for this book after listening to a couple of my friends rave about it. Unfortunately it fell a bit short for me.

I had a tough time connecting with Rowan. I felt bad that her boyfriend cheated on her. I liked that she was finding solace with the rock star Adam. I loved how she interacted with her friends. But, she was just too wishy-washy for me. I wanted her to stand up for herself more. I hated the way she slut-shamed every female that wasn’t her or her best friend. If Adam was with a girl, she was automatically a skank or whore or some other unflattering name. I get it, you’re crushing on Adam and he’s hooking up with someone else, but point that anger towards him. I mean, after all, you hooked up with him the first night you met him. Pot… kettle.

There’s no denying Adam was sexy as sin. But he was also quite a jackass. As Rowan went on tour with him and his band and the two of them grew closer to each other, I hoped he would calm down and be better. He liked Rowan. There’s no doubt about that. But when she turned him down, he hooked up with other girls. And you wonder why she can’t take you seriously? I know this isn’t exactly uncommon in books, but it raises my hackles every single time. I just don’t buy it. If you feel as strongly for someone as you claim, you don’t hook up with other people. You especially don’t do it in close quarters with the person you’re supposedly falling for. Now, Adam didn’t take it to the extreme that I’ve read in some books, but it was still a total turn off for me. All that said, I have to admit that Adam’s growth throughout the book was great. I respected the changes in his character.

I wanted to love Rowan and Adam. I wanted to look past the disappointing things and focus on them together, but I couldn’t. She couldn’t seem to make up her mind and he just wasn’t trying hard enough for me. I found myself questioning how he really felt for her. It felt more like he only wanted her because she was unattainable, like he might enjoy the chase more than the real thing. It made me sad, too, because I really liked their chemistry and the pace at which the connection between them evolved, despite their unconventional first meeting. There was a ton of sexual tension that took far too long, in my opinion, to explode.

There was one thing I loved about this book – the secondary characters. They were fantastic. I actually liked them a lot more than I liked Rowan and Adam, if I’m being completely honest. I loved Ro’s friend Leti. He was hilarious; someone I’d definitely be friends with in real life. Rowan’s friend Dee was great in her own right. Adam’s band members were an interesting bunch of guys and I loved the dynamic between them. I might not have fallen in love with Rowan and Adam, but I definitely crushed hard on some of the secondary characters. I plan to continue the series just to see where life takes them. The secondary characters are pretty much the only reason this book gets three stars from me.

One of the things that turned me off to this book so much was the similarity to another (very popular) NA book I read a few years ago. There were just too many coincidences for me. The characters were similar in actions (even though Adam wasn’t nearly as … intense … as the main character in the book I’m referring to). The situations they faced, down to her moving in with him, were familiar. Now, I’m not saying this work was copied. I just felt, at times, like I’d read parts of this story before.

I know my opinion is in the minority, so maybe it’s just me. Despite its flaws, Mayhem was an entertaining read. It started strong, and while it lost some momentum for me somewhere in the middle, I’d be lying if I said I wasn’t pretty well wrapped up in Rowan and Adam’s story. As I said above, I do plan to read Riot because I’m really interested in Joel and Dee’s story. I liked them in this book and I want to see what happens next. 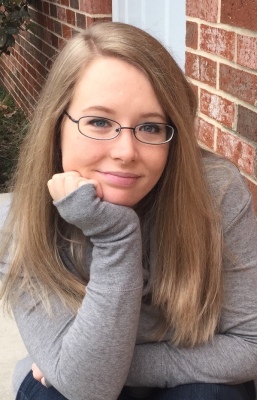 Author of the MAYHEM series, JAMIE SHAW earned her M.S. in Professional Writing from Towson University before realizing that the creative side of writing was her calling. An incurable night-owl, she spends late hours crafting novels with relatable heroines and swoon-worthy leading men. She’s a loyal drinker of white chocolate mochas, a fierce defender of emo music, and a passionate enthusiast of all things romance. She loves interacting with readers and always aims to add new names to their book boyfriend lists.