Welcome to my stop on the blog tour for Vi Keeland’s latest, Throb. If you’re a reality TV junkie (or a recovering one like me), this book will so be right up your alley! 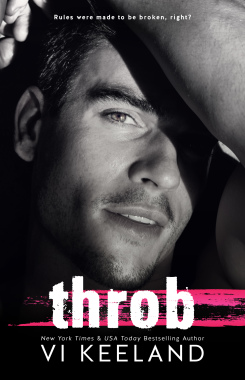 Throb by Vi Keeland
Genres: Adult, Contemporary, Romance
Publication date: January 26, 2015
Publisher: Self-Published
Format: eARC, 269 pages
How I got it: From the author
Add it: Goodreads
Buy it: Amazon
My rating:

No dating.
No sex outside of the game.
No disclosing the terms of the contract.

Rules were made to be broken, right?

Eight weeks ago I signed a contract. One that seemed like a good idea at the time. A handsome bachelor, luxury accommodations, and a chance to win a prize my family desperately needed. There were some rules though. Lots of them actually. Follow the script, no dating, sex, or disclosing the terms of the deal. After my self-imposed moratorium on men the last year, it wouldn’t be hard to live up to my end of the bargain…so I thought. Until I realized the deal I’d made was with the devil…and I was in love with his dirty-talking brother. 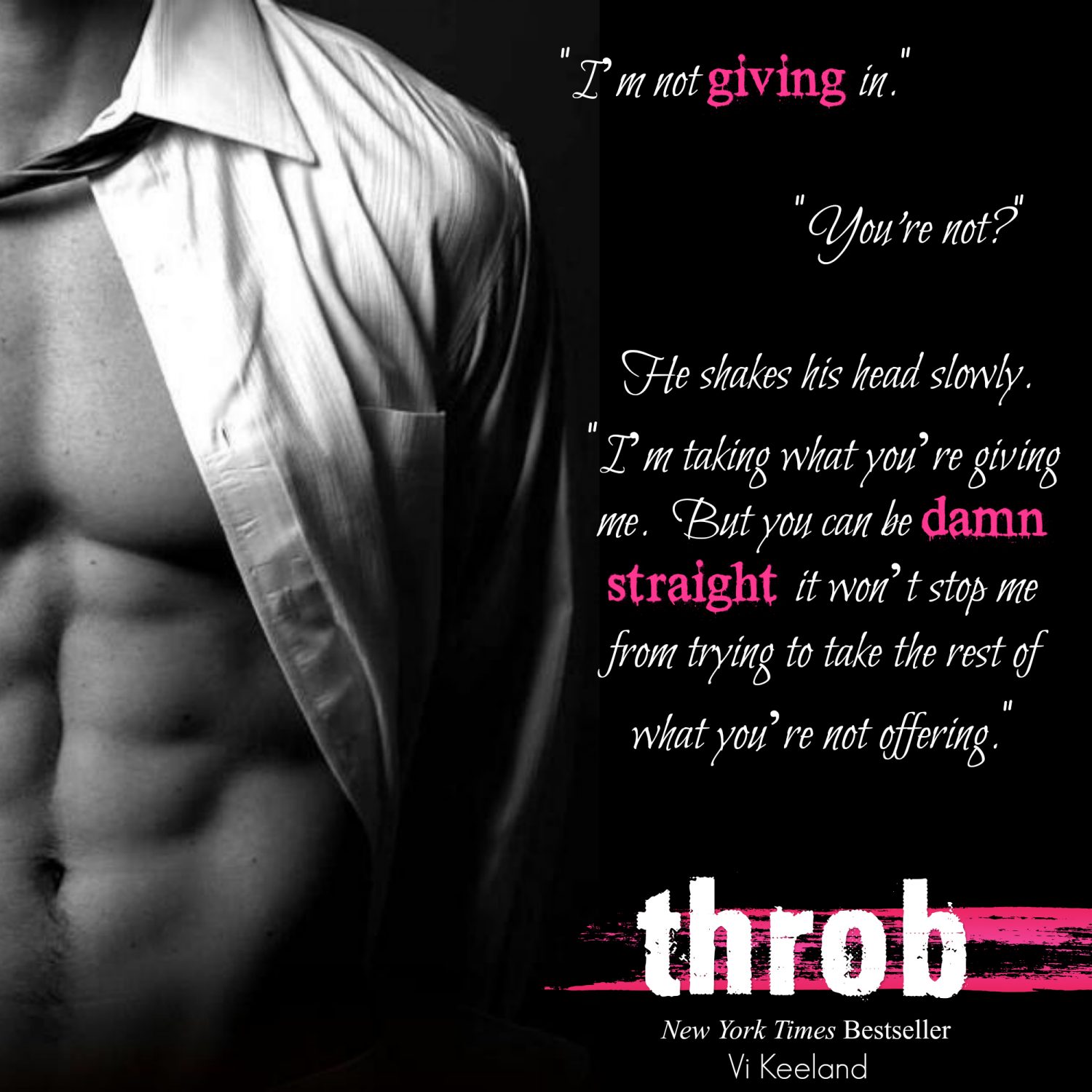 I didn’t realize when I picked this up that the contract was to be part of a reality show, but as a recovering reality TV junkie, that just made me all the more excited about it. This book, centered around the Bacheloresque show, Throb, was a great and quick read. It was dramatic and sexy and I thoroughly enjoyed it.

Kate was a really good heroine. She was strong and sassy and willing to do whatever she needed to take care of her family. Hence, her now being on a reality dating show. The daughter of a serious poker player, she first meets Cooper at a boys’ night card game. There’s chemistry between them from the start, but she pushes him away at first because of the contract she signed when joining Throb. She’s unable to hold out for long though because the attraction between them is too strong. Cooper deals with things in his own way once realizing Kate’s a cast member on his brother’s dating show. His little bit of sabotage and redirection doesn’t keep Kate and the star of the show, Flynn, at bay for long though. The feud between Cooper and his brother Miles made for good drama, too.

This was a fun story. It wasn’t overly angsty and, while the reality show was undeniably part of the storyline, it didn’t dominate. The reader gets some great scenes with the other cast, but it wasn’t like you were reading about a TV show the whole time. I liked the balance Vi struck in the writing. Kate and Cooper had a ton of sexual chemistry, while Kate and Flynn had more of a friendship. There’s a bit of a triangle to this story, but there was no doubt in my mind who Kate would end up with. But I enjoyed all the fun drama that ensued not only between Kate and Cooper, but Kate and the cast and Cooper and Miles throughout this book.

If you’re a reality show fan (or a recovering addict like myself) and you enjoy sexy romance books, this should definitely be on your list.

1. A flutter in her belly when she meets him for the first time.

My lips brush the top of her hand lightly, my tongue sneaking out to fleetingly touch her skin. The brief contact stirs an ache inside me. This woman tugs at something—more than arousal—something that makes me want to slow down time just to spend a few more minutes standing here.

“Did you just…” she stammers a bit.

She squints at me. “You know.”

“I felt your tongue on my hand. You…you licked me.”

I’d been dying to run my tongue along her neck all evening, although I hadn’t really meant to be so crude about it. It just sort of …happened. “I wouldn’t say licked, maybe just a little taste.”

My entire body suddenly has interest in this conversation. “I suppose I did. But it wasn’t nearly enough. That brings us back to my invitation for dinner. Tomorrow night?”

“The day after then?”

She laughs and shakes her head. The sound makes me smile.

“Good night, Cooper.” She pulls the driver’s side door shut and leaves me standing there…for a full five minutes after she’s gone.

2. A best friend to talk about him to.

“And I kissed him when we were in his office.”

“How was his office?”

“Really? That’s what you want to know. Not how was the kiss or aren’t you in breach of your contract? How was his office?”

“You can tell a lot about a man by his office.”

I gulp another unladylike sip from my wine glass. “His office was beautiful. Sleek, overlooking the city. It oozed power.”

The thought of what he’s like in bed is enough to make me lose my train of thought.

“You forgot what you were up to because you were thinking of him fucking you like he owns you, didn’t you?” My best friend smirks knowingly.

“I wish it were that easy.”

3. A gentleman that turns into a bossy dirty talker in the bedroom.

“You haven’t even begun to see bossy yet. Tonight I’m going to tell you to do things, and you’re going to do them. When I tell you to open wider, or take my cock deeper, you’re going to listen. You know why? Because since the moment we met, all I’ve wanted to do is make you feel good. Hell, I don’t even need to get off physically. Because I’m going to get off watching you every minute. So, yeah, I’m going to be bossy. Now let’s put the rest of this behind us. Do you want to be with me tonight?”

After that prelude, I nod my head fast. I’m no fool. Who wouldn’t?