Welcome to my stop on the blog tour for Nicole Williams’ Three Brothers. Learn more about the book and check out my review below. You can see a list of the other participating blogs by clicking the banner image above. 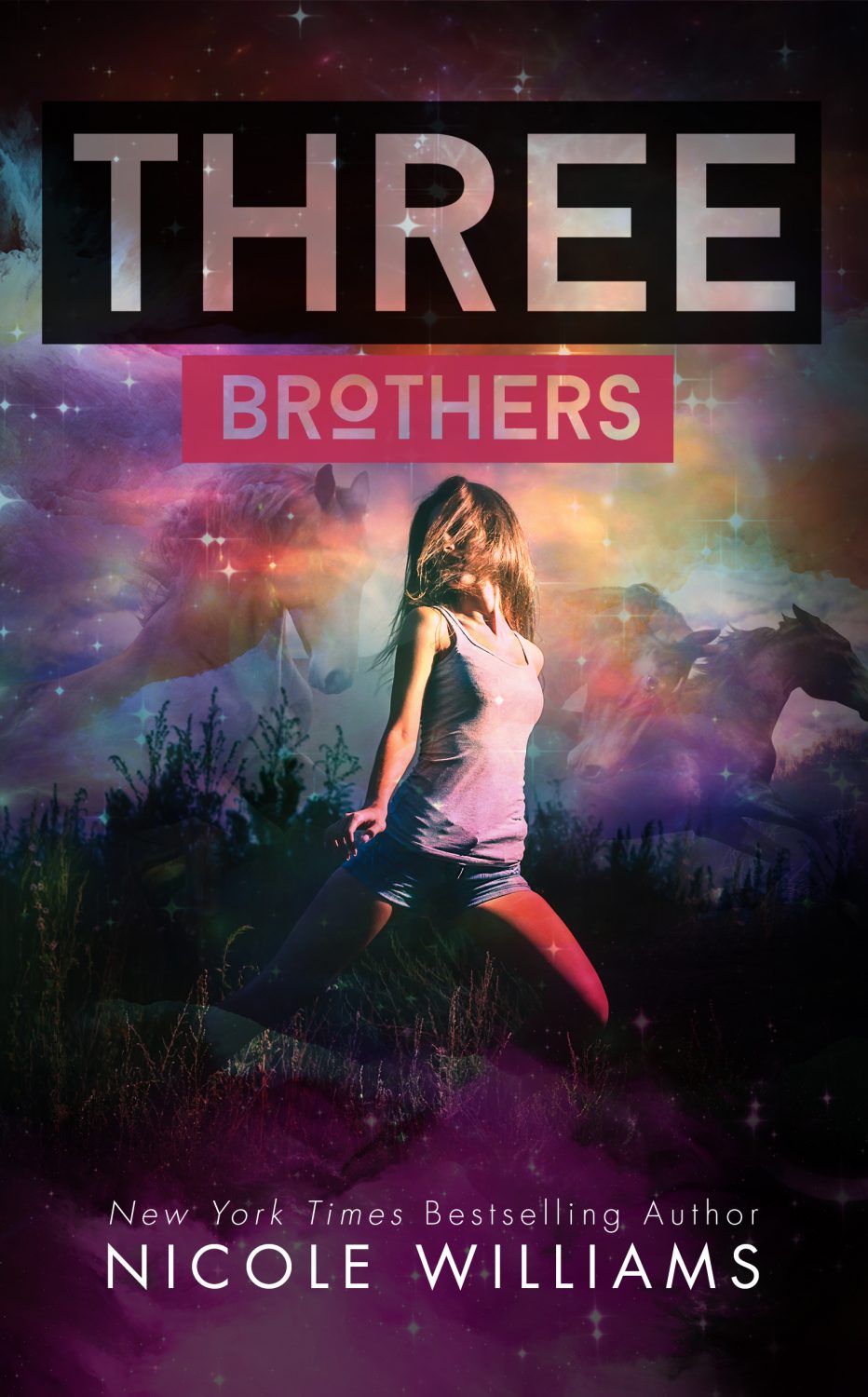 I grew up with three brothers. They weren’t tied to me by blood, but our connection went beyond genetics or bearing the same last name. Our connection was forged the summer I turned thirteen, the summer my mom ended her life and left me in the custody of John Armstrong, a man I’d never met. Packing all I owned in a couple of boxes, I left the familiarity of the big city and headed west to Red Mountain Ranch, set in a lonely valley outside of Jackson Hole.

Nothing was as it seemed at Red Mountain—it didn’t take long for me to figure that out. John was kind to me but distant, as if he was afraid to let anyone get too close. His three teenage sons had their own devices for keeping love as far away as they could. The eldest distracted himself with cheap relationships that had a shelf-life of one night. The middle son threw himself into the rigor of running a ranch, and the third wielded cruelty and mind-games in his quest to keep people from getting close.

Time has gone by, and I’ve spent those years trying to forget the brother I’d fallen for—the biggest mistake of my life.

Finally, I’ve moved on. Finally, I’m back. But what I didn’t realize was that running away from the wrong brother meant I’d also run away from the right one. The one who’d been there for me all along, waiting in his brother’s shadow for the day I either would or could move on.

But a decade is a long time to wait. Has the brother I should have chosen all of those years ago moved on too? Am I about to discover that my biggest mistake wasn’t falling in love with the wrong brother, but failing to return the love of the right one sooner?

Does unrequited love have an expiration date?

I’m about to find out.

I’ve been thinking about how to review Three Brothers since I finished it a couple days ago. I’m honestly a little bit at a loss for words. I knew going in it would be something quite different from the sexier books in her Outsider Chronicles series. I was right. The vibe was definitely a little closer to her Lost and Found series, if for no reason other than the ranch setting and the toned down level of sexiness.

I loved the idea behind this book. The orphan girl taken in by a man with three sons returning home to face his impending death – and the three very different (and complicated) relationships she has with her “adoptive” brothers? I was all over this. I wanted to see how it would all develop. I had tons of questions going in. What had caused Scout to leave in the first place? How would she handle seeing the brother she had an unrequited crush on? What would develop between her and the brother who was closer to her best friend than anything else when she lived there? What kept the third brother from getting close to anyone? How would all of these characters handle the death of the patriarch? I got answers to all my questions – and more – in this emotional story.

This book was fairly slow-paced. It was bigger on emotion than it was action or sexy times. But it didn’t matter. I was so wrapped up in Scout’s story and all the things dealing with her family that I couldn’t put the book down if I’d tried. There was an air of mystery and a ton of longing. None of these characters had an easy life and it definitely impacted their behavior. A lot had changed since Scout was there. I enjoyed watching as she fell back into some old routines and struggled not to fall back into other, less healthy patterns. The setting was vibrant and rich. The characters were complex. The feels dominated. There were some most unexpected twists and while I found parts of this book to be very sad, others were quite beautiful and hopeful.