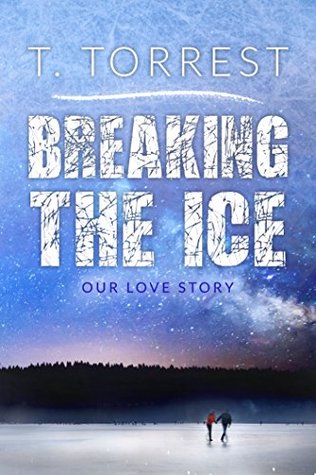 Breaking the Ice by T. Torrest
Genres: Adult, Contemporary, Romance
Publication date: December 16, 2014
Publisher: Self-Published
Format: eARC, 255 pages
How I got it: From the author
Add it: Goodreads
Buy it: Amazon | Barnes & Noble
My rating:

Zachary McAllister's entire life revolves around hockey and sex, in that order.

When a career-ending injury changes everything, he’s left mourning the life that could have been. Now the owner of a rundown local pub, the ex-NHL star finds himself grappling with his "ordinary" existence, trying to come to terms with a very uncertain future.

His former team is on track to win the 2003 Stanley Cup Championship without him, and preparations are being made for a victory party at the bar.

She’s the straitlaced event planner hired to arrange the party, thanks to her father's connections.

Her father who just happens to be the General Manager for the NJ Devils…  and the guy who handed Zac his walking papers four years ago.

Suddenly, Avery finds herself face-to-face with her teenage crush.

The two had a minor flirtation going on back in the day, when Zac was just an arrogant, womanizing rookie and Avery was a naive, starry-eyed fan.

Their chemistry is undeniable, but both are completely different people than they were all those years ago.

In order for this fiery Devil to melt the heart of an ice princess, Zac will need to up his game.
All he needs to do is relearn everything he ever thought he knew about how to play.

Breaking the Ice was written based on the input and suggestions from readers.

From the characters’ names to their occupations to the years this story takes place, the entirety of this narrative has been created by (and for) readers like you.

*** This book is intended for readers 18+ due to some offensive language, underage drinking, and graphic sex/sexual situations ***

READ WHEN YOU’RE IN THE MOOD FOR:
Sweet, inspiring, a little funny, a little angsty, a little sexy

As someone who fell head over heels in love with Tina’s characters, humor and stories in Remember When, I was over the moon when she decided to write a book with user-generated content. I loved following along as she asked her Facebook fans for input on everything from character names to plot points. (And, of course, sometimes I even gave my two cents.) Her readers might have supplied the details, but Tina added the humor and heart, weaving the details together seamlessly and making me fall in love with her characters once again.

I’ve said it a time or two before, but I am a huge sucker for a friends-to-lovers story … and a second chance. I got both with Breaking the Ice. Told in two parts – back when they first met in college and then later when they find themselves face-to-face again – you get all the good stuff. It would be easy to say the latter was my favorite, but the first part helped me connect more closely with Avery. Who hasn’t had a little seemingly unrequited crush on a friend a time or two? Avery was a win for me from the start. She only got better with time, too. There was no doubt Zac was swoony, but he didn’t seem to have much substance early on. I’m pleased to admit I was wrong. He just had to go through some things and grow up a bit, before his true nature appeared.

So, yeah. I adored this book. It was funny, sweet and a little bit sexy. I adored the characters; their chemistry was great. There was some history and a bit of baggage, but they were such a great fit. I loved their banter. Some readers might complain the pace was a little slow, but I was perfectly happy with it. Each little interaction (good, bad or otherwise) gave me more insight to these characters. It also gave me the opportunity to watch their connection grow. This isn’t a book that’s big on the action, but that was fine with me. It was a fun read that was the perfect fit for me when I read it. It wasn’t full of angsty moments that punched me in the feels, but I still felt plenty while reading this book. I was definitely up well past my bedtime reading this book. And I don’t regret a thing!