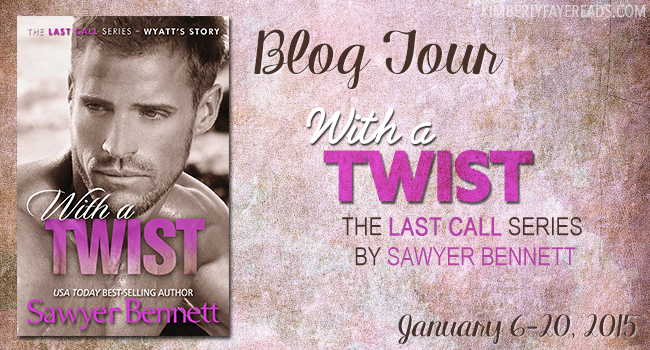 Welcome to my stop on the blog tour for With a Twist, the latest book in Sawyer Bennett’s Last Call series! Check out my review and a couple teasers, then go buy a copy because this book was great! 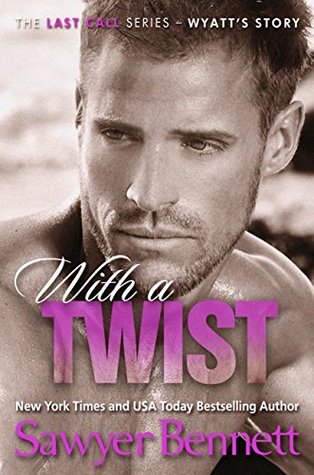 Publication date: January 6, 2015
Publisher: Self-Published
Format: eARC, 220 pages
How I got it: From the author
Add it: Goodreads
Buy it: Amazon | Barnes & Noble
My rating:

Wyatt Banks is ready to give one woman the world. Unfortunately, his job as a cop tends to interfere with other goals. When Wyatt is sent deep undercover to investigate a sex slave ring, he doesn’t have time to do anything but focus on staying alive in a dark and dangerous underworld.

Wyatt isn’t alone though in his quest to save the women that are being sold into sexual slavery. 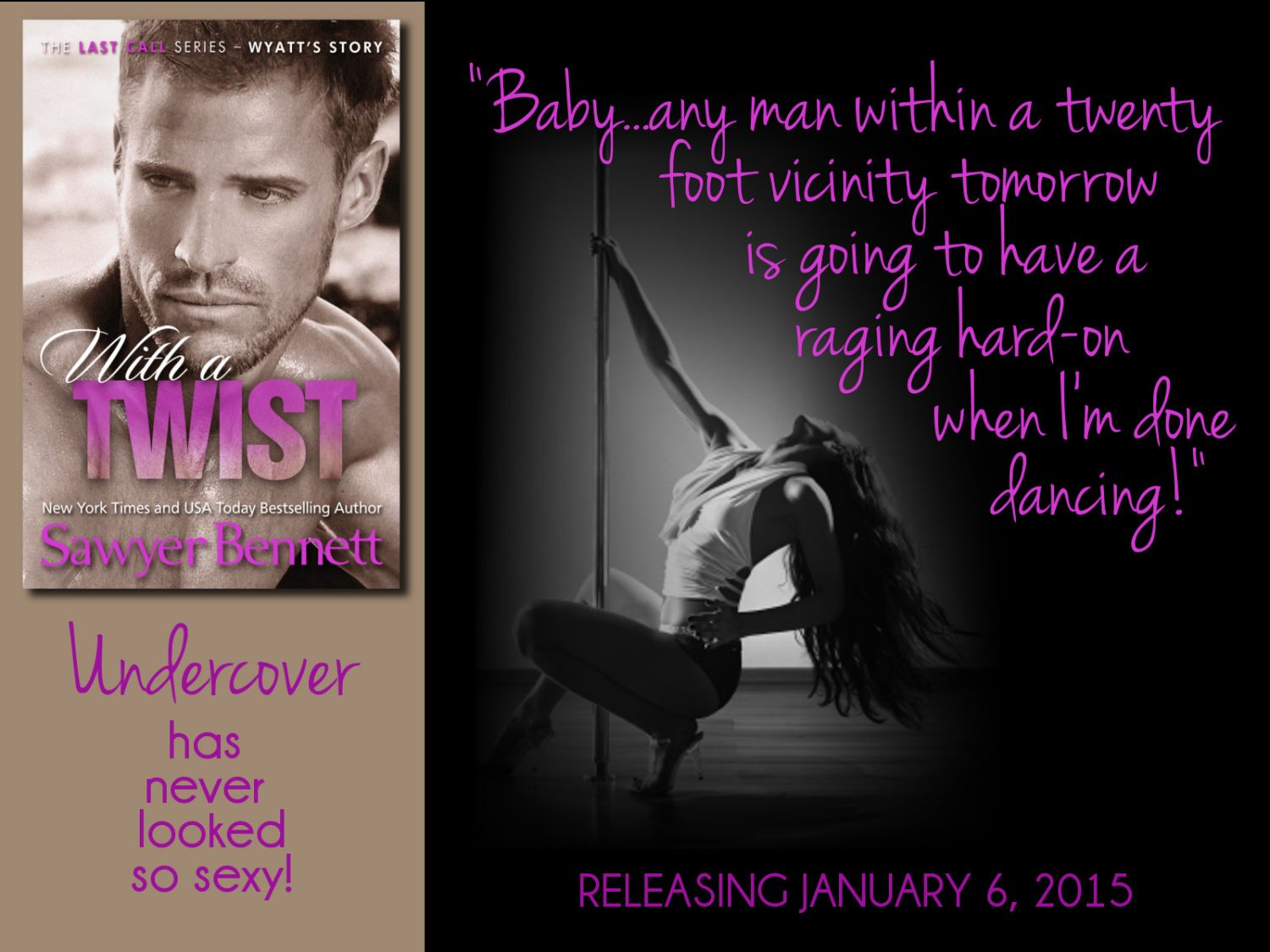 I absolutely love Sawyer Bennett’s Last Call series. I swear, it just keeps getting better and better. This time it’s all about Wyatt.

Wyatt differs a little from the other guys earlier in the series in that he *wants* a real relationship. He’s watched his friends settle down and fall in love and he wants that more than anything. Being a cop who frequently goes undercover on assignment makes it a little tough though. When he accepts his latest undercover role, as a bouncer in a strip club rumored to be selling women into sex slavery, he has no idea what he will find when he gets there.

Andrea is his partner in this undercover sting. She’s the bait. And she’s everything Wyatt things he wants out of life. What begins as a ruse to solidify their positions in the underground world of the strip club ends with real passion and feelings… and danger.

I love Wyatt. He was strong and protective, but sweet underneath it all. He was also sinfully sexy and could dirty talk with the best of them. This is a man who knows what he wants. He was such a good guy that I felt awful for the things he had to see and do while undercover. Andrea was a kickass female lead. She was strong and determined and well on her way in her career in the FBI. Learning about her as she coped with the situation while undercover was great, but my favorite parts of the book came when she and Wyatt were spending time with his friends back in North Caroline. I loved how seamlessly she fit into his circle.

Sawyer Bennett writes excellent contemporary romance. We all know this. I’ve not read all of her books (yet) but I have loved the ones I did. The characters are relatable, the romance steamy and the stories interesting. I always find myself flying through her books, only to be left wanting more when I finish. With a Twist was no exception. In addition to the characters and the romance, I really enjoyed the undercover aspect of this book. It added a whole new level to the characters and the story and, as you might expect, kept me on the edge of my seat at times! So, so good. 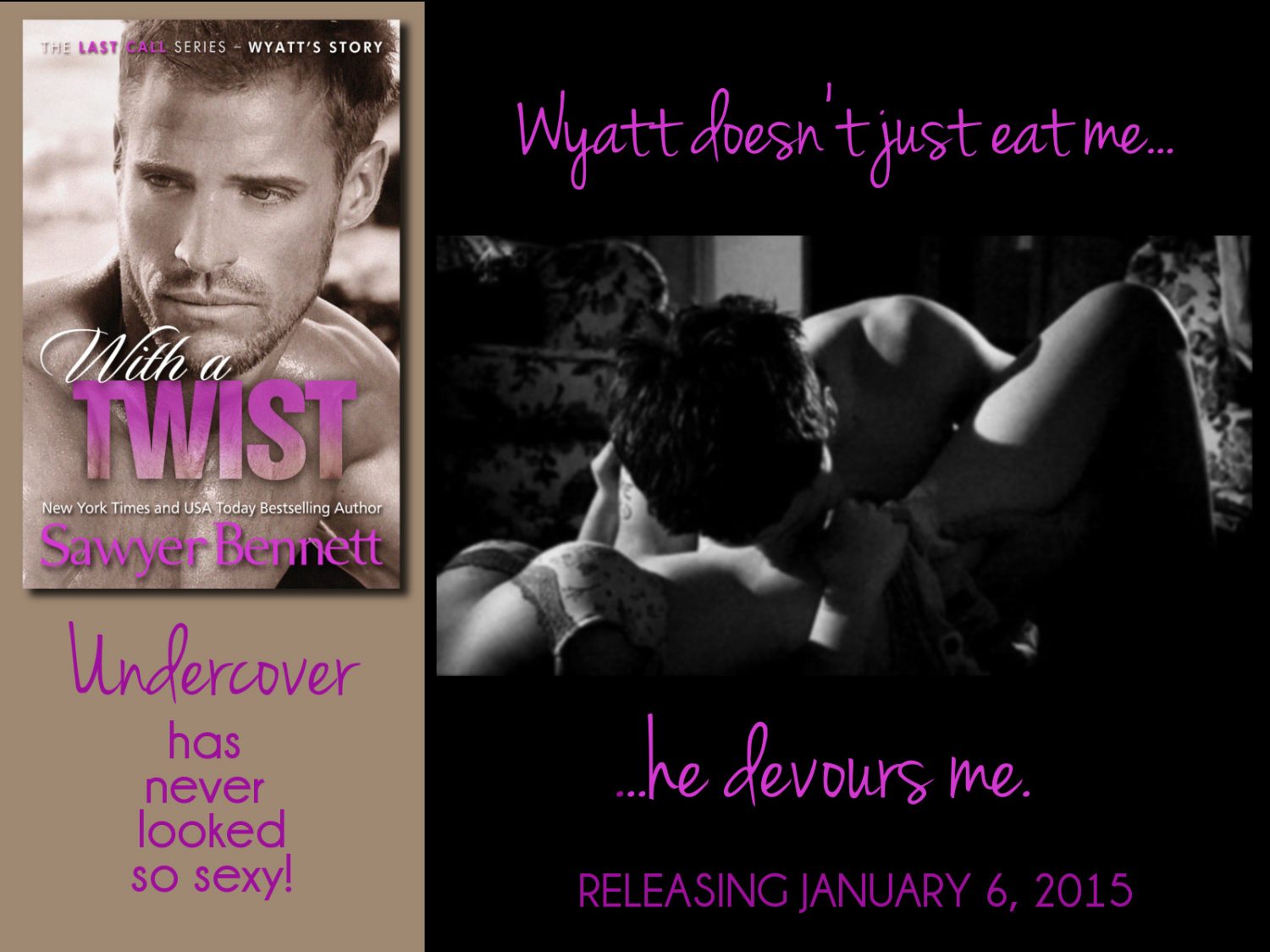