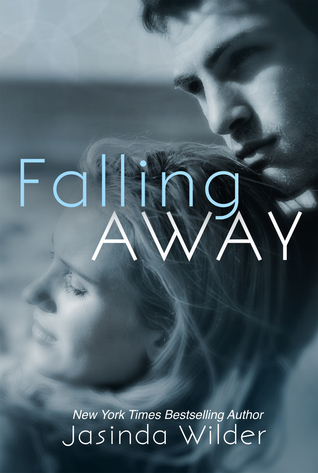 You don't know mine, yet.

You don't know what a broken heart is until you've loved someone your whole life, only to have her slip through your fingers because you waited too long. That's heartbreak. That's regret. And how do you live with that? How do you go through the motions when she's there as a reminder of what you lost, of what you could have had but were too damn chicken to go after? I couldn't. So I left.

That's right, I ran away. I found myself across the continent, playing minor league football. I mean, at least I still had football, right?

Nope. That got taken away from me too. A career-ending injury left me down-and-out, scraping the bottom of the barrel, hating myself and hating life. And then I met Cheyenne Leveaux, my physical therapist, who became my one and only friend, the one bright light in the darkness of my messed up life.

But of course nothing is ever simple, or easy.

Tragedy struck, and the rug was swept out from under me yet again, and this time the guilt, the doubt, the secrets, and the old heartbreak may threaten my one chance at true happiness, my one shot at my own happily ever after.

I went into this book with mixed feelings. I was excited to finally get the last piece of the puzzle –Ben’s story – but I was also sad to say goodbye to these characters. I’ve been so wrapped up with these characters and their lives that while I’m happy to have the whole story, it stung a bit to have to let them go. Jasinda’s Falling series was one of my first new adult series, and still remains one of my favorites to date. Falling Away gave the strong conclusion this series so richly deserved.

Ben was a rather complicated character. While I loved him in Falling Under and I understood why he behaved as he did with Kylie’s budding relationship, I didn’t love some of his actions. That said, I was still anxious to get inside his head and follow along as he found his happily ever after. But holy crap was it a bumpy road. Ben’s story illustrates the old adage that “everything happens for a reason,” but it was still tough to read at times.

Ben’s not in the greatest of places at the beginning of Falling Away. He’s lost the girl he’s loved his entire life. The one he thought of as his soul mate. He left his family and friends to try to find himself and found some satisfaction in playing minor league football, but in another twist of fate, he suffers a career-ending injury and is a bit lost once again. Despite the close nature of his relationship with his parents, he’s not kept in touch with them and they don’t know the extent of what he’s dealing with. It’s in physical therapy that he meets a woman who starts to help him get back to himself, but then she’s stolen from him before they have a chance to explore the attraction between them. My heart broke for him at this point.

Enter Echo, Cheynne’s daughter. She and Ben bonded nearly immediately. There was some awkwardness when she discovered the connection Ben and her mom had, but in the end it only served to solidify their relationship. Echo was a strong character, but she wasn’t in a great place. She was struggling and Ben helped her through it. She wasn’t the easiest character for me to connect with, but I understood why her walls were locked so strongly in place. She’s also an incredibly talented songwriter and musician and I loved how nicely that fit with the other books in the series. Music has played such a huge part in each of the novels. I was glad to see that continue here.

Falling Away was an emotional and captivating book. I was sucked into Ben’s journey from the very first chapter. He was a good kid from a great family. He was just going through a rough patch. There were a few revelations about him that I found to be fairly surprising, but I won’t get into all of that. I’ll just say things aren’t always what they seem. He and Echo made a perfectly imperfect, powerful match. The strength of their connection was undeniable, even if it was a bit complicated. The sexual tension leapt off the pages and things got pretty steamy, as you’ve probably come to expect from Jasinda’s books. Sexual chemistry is great, but it was the characters, their journeys and the level of feels that made this book special to me.

Without giving anything away, I have to say I loved the way everything (and everyone) came back together in this final installment. While this is the official end of the Falling series, I’m thrilled to learn that some of the amazing secondary characters we’re introduced to in this book will be getting a spinoff series of their own. I’ll certainly be counting the days until Echo the Stars is available. I adored Brayden. I need more.

Well done, Jasinda. You made me laugh, cry and fall in love. I felt all the feels and ended the book with happy tears streaming down my face. Books like this are why I love to read so much.

Jasinda Wilder is a New York Times, USA Today, Wall Street Journal, and international bestselling author. She is a Michigan native and currently lives there with her family. Visit her official website at jasindawilder.com.