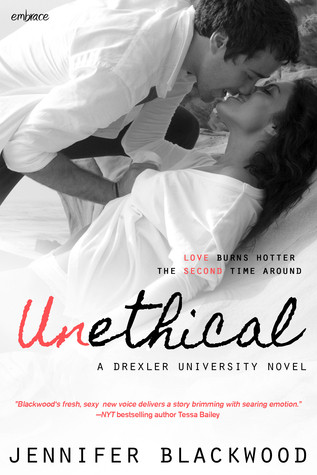 Two years ago, the medical world was shaken by scandal, and Payton Daniels's family was at the center of it. The second she graduated, Payton left everything behind―her high school sweetheart, her family, and the controversy surrounding her mother's death—and hid within the anonymity of college. But Payton’s ex, Blake Hiller, hasn't forgiven her for leaving, and when he enrolls in the same medical ethics class, she panics. She can’t run the risk of him telling everyone who she really is.

As if being at the same university isn’t enough, both Blake and Payton land the same internship. Forced together, their passion for each other reignites, but when Payton is asked to testify in her father’s high-profile trial, she must choose between risking her acceptance into medical school to help her father, and losing every connection to her past—including the only guy she’s ever loved.

I’m a sucker for a second chance story and, while Unethical might have been a bit angstier than I typically like my books, it was a good, quick read.

Payton is trying her best to move on from some pretty bad stuff in her past. Her dad is in prison, about to stand trial for helping her mother commit suicide while she was dying from cancer. She ran away from home after graduation and left everyone behind. Including Blake, the love of her life. He wasn’t there when she needed him most, so she cut all ties and left him. Now she finds herself face-to-face with him at Drexler University, where they’re both in med school. Can the old flame be reunited or has it been too long? Will her father’s indiscretion keep her from her lifelong dream of med school? Will she ever repair her relationship with her dad? So many questions. So much drama.

I hate to admit, I never fully connected with the characters in this book. It wasn’t that either of them were unlikable, but more that I had a difficult time relating to them as they made one bad decision after another, sometimes with what seemed like the intent of hurting one another. Payton was dealing with a lot, but she didn’t make things any easier on herself. It was obvious she still loved Blake, yet she was pushing him away and dating one of his frat brothers (who was a real jerk). Blake kept his feelings for Payton hidden pretty well as he dated her roommate. That was all a bit much for me to deal with. Wanting to move on is one thing. Doing it with someone who you know will hurt the other person is cold. Don’t get me wrong. It’s not all bad. Payton and Blake can be quite sweet together when they let themselves.

One thing I really did enjoy about the book was the friendship between Payton and her roommate, Jules. With so many “girlfriends behaving badly” instances in books, I always applaud an author for showing true friendship. With the complications of Payton’s past – both with her family and with Blake – it would have been easy to go down the frenemies path with Payton and Jules. Jules is a complicated character who is going through a lot herself during the course of Unethical. If this is the start of a standalone series, I hope the next book is about her. I’d love to know more about her. 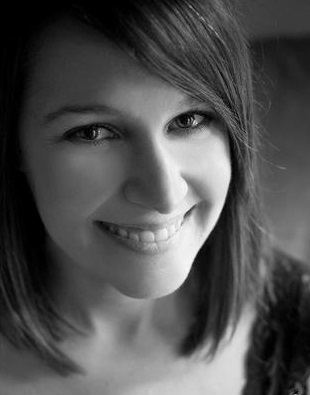 Jennifer Blackwood is an English teacher and New Adult author. She lives in Oregon with her husband, son, and poorly behaved black lab puppy. She is the author of Unethical (Oct 2014) and Foolproof (Jan 2015)