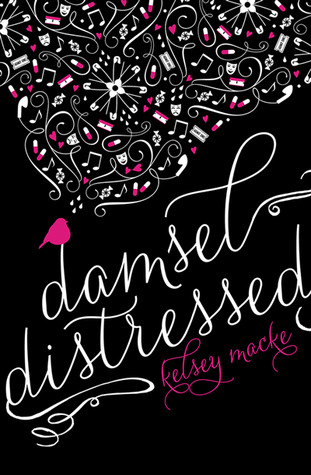 Hot girls get the fairy tales. No one cares about the stepsisters' story. Those girls don't get a sweet little ending; they get a lifetime of longing

Imogen Keegen has never had a happily ever after–in fact, she doesn’t think they are possible. Ever since her mother’s death seven years ago, Imogen has pulled herself in and out of therapy, struggled with an “emotionally disturbed” special ed. label, and loathed her perma-plus-sized status.

When Imogen’s new stepsister, the evil and gorgeous Ella Cinder, moves in down the hall, Imogen begins losing grip on the pieces she’s been trying to hold together. The only things that gave her solace–the theatre, cheese fries, and her best friend, Grant–aren’t enough to save her from her pain this time.

While Imogen is enjoying her moment in the spotlight after the high school musical, the journal pages containing her darkest thoughts get put on display. Now, Imogen must resign herself to be crushed under the ever-increasing weight of her pain, or finally accept the starring role in her own life story.

And maybe even find herself a happily ever after.

I loved this book SO VERY HARD. I was intrigued by the idea of it from the very first minute I saw the cover and read the synopsis. Initially I thought it would be a simple retelling of Cinderella, but it’s not. Sure the basics are there, but this book is so much more.

Everyone wants to see a little bit of themselves in the characters in the books they read. While I can’t say I completely related to Imogen, I definitely felt like I understood her and, at times, she reminded me of myself. Imogen is insecure in the way that only girls who have struggled with their weight will understand. Her insecurity and issues have reached an extreme though. Most of the time it feels like the only person on her side is her best friend Grant. Grant, who she is in love with and believes will never see her as more than a friend.

All of Imogen’s insecurities are magnified when her father remarries and her evil stepsister, Ella, moves in. You wanna talk about a seriously unlikable character? Ella is that. It’s been a long time since I wanted to bitch-slap a character like I wanted to Ella. She was manipulative and bullied Imogen. She tried to steal the one person who means more to Imogen than anyone else in her life. It’s here I have to give HUGE props to Kelsey for not taking the story down the road I feared it would go. I think had Grant fallen for Ella’s charms and this turned into THAT book, I would have thrown it aside because that story has been done to death. Grant was too smart to fall for Ella’s manipulations and that just made me love him even more. Grant really is the swooniest of all swoony book boys. Anyone know where I can find a guy like this (albeit quite a bit older) for myself?

Even with the bullying Imogen was suffering at Ella’s hands, there were so many beautiful and wonderful moments in this book. They’re mostly between Grant and Imogen and, if I’m completely honest, I was all kinds of emotional reading several of these scenes. There are times when my heart felt like it was being ripped from my chest, and others when it swelled so much I feared it would explode. I loved reading along as Imogen found her place and way in the world. I finished the book with a giant smile on my face and a tear in my eye. 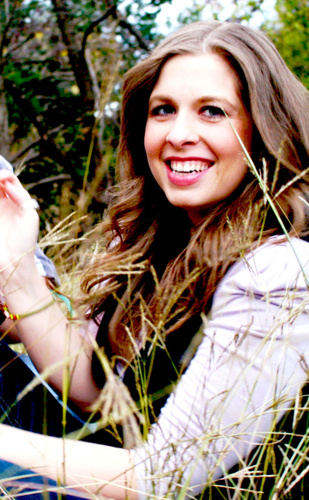 Kelsey Macke has been creative for as long as she can remember. From an early age she was on stage singing, penning poetry, and writing notebooks full of songs. When the idea for her debut novel, Damsel Distressed, popped into her head, she was undeterred by the fact that she had no idea how to actually write a novel. Her bff, the internet, was her guide, and after much trial, error, and candy, she finished it, and set out to get it published… a process far more difficult than, the internet (now her mortal enemy), had lead her to believe.

Her whirlwind adventure was made even more unbelievable when she signed with fabulous agent, Jessica Sinsheimer of the Sarah Jane Freymann Literary Agency and, shortly after, Danielle Ellison of Spencer Hill Contemporary bought her debut.

This innovative, mixed-media art project has given Kelsey an incredibly unique opportunity to join two of her passions: writing and making music with her husband as half of the folky, indie-pop band Wedding Day Rain.

Damsel Distressed, and the companion album of original songs, Imogen Unlocked, are scheduled for release in October 2014.