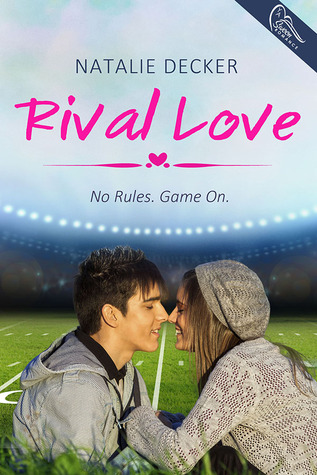 Skylar Fletcher is a proud Harris Academy Bulldog! She has everything she’s ever wanted: a perfect boyfriend, great friends, and her dream college waiting for her in the fall. But nothing lasts forever. Skylar's world shatters when her mom decides it is time to move and drags Skylar, kicking and screaming, into Bobcat territory.

At Delmont High School, home of the Bobcats, Skylar has no friends and is often bullied. To make matters worse, her home life sucks thanks to all-star quarterback Caleb Morgan, nephew of her mom's live-in boyfriend.

At first Skylar and Caleb want nothing to do with one another. But they soon discover they're not that different after all--and each is harboring a secret attraction to the other. But can a Bulldog and a Bobcat ever really be more than friends? And are Skylar and Caleb willing to risk everything to find out? Rival Love is a debut young adult contemporary romance from Natalie Decker.

Rival Love was intriguing to me. I tend to enjoy books where the love interests don’t immediately fall for each other, but have some issues to work out before. The fact this one was set between students in rival high schools was intriguing and I was excited to see how the author pulled it off. Unfortunately, I have to say the idea was a bit better than the execution, but overall it was an enjoying read.

The level of the rivalry between the Bulldogs and the Bobcats was a little difficult to buy into. Now, I admit, it’s been quite a few years (or you know, more than a decade) since I’ve been in high school, but I can say with certainty we never had rivalries like this with any of the neighboring schools in my county. Sure, we seriously detested some of the other teams, but I can’t imagine some of the abuse occurring. Of course, high school is quite different now than it was when I was there, so maybe it’s more my age causing the problem here and not the believability of the events in the book.

What really worked for me was the dynamic between Skylar and Caleb. I enjoyed their pranks and banter. I liked watching them grow from enemies to friends to something more. I had a bit of a difficult time connecting to them, though. I wanted Skylar to stand up for herself. I wanted Caleb to grow a pair and stop hiding the real him. I liked that Skylar’s character had some depth. There were teases of more to Caleb’s character, but it was never truly explored and I wish it had been. Since the book was told from both Skylar and Caleb’s POV, I was in each of their heads, but just wish there had been more.

The biggest problem I have with this book is the ending. Or the non-ending, as the case may be here. It turns out, this book is the first in a series, but had been advertised as a standalone (at least by omission if nothing else). So, instead of getting a fun and flirty standalone, I found myself with an unexpected series with a pretty brutal hangover. I have to be honest and say that it really affected my rating, too. That said, I’m relieved there will be another story about Skylar and Caleb. I hated how things were left. I just wish I had known going in. I could’ve mentally prepared myself for the beginning of a series.

It wasn’t perfect, but Rival Love was still a fun read. I was completely sucked in. I had a vested interest in the characters and what would become of each of them. If you decide to read it – and I totally think you should – at least you’ll be better prepared because you know what you’re getting yourself into! 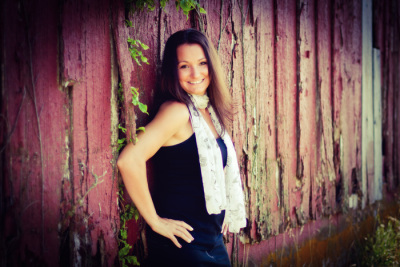 Natalie Decker is the Author of Rival Love series. She loves oceans, sunsets, sand between her toes, and carefree days. Her imagination is always going, which some find odd. But she believes in seeing the world in a different light at all times. Her first passion for writing started at age twelve when she had to write a poem for English class. However, seventh grade wasn’t her favorite time and books were her source of comfort. She took all college prep classes in High school, and attended the University of Akron. Although she studied Mathematics she never lost her passion for writing or her comfort in books. She’s a mean cook in the kitchen, loves her family and friends and her awesome dog infinity times infinity. If she’s not writing, reading, traveling, hanging out with her family and friends, then she’s off having an adventure. Because Natalie believes in a saying: Your life is your own journey, so make it amazing!