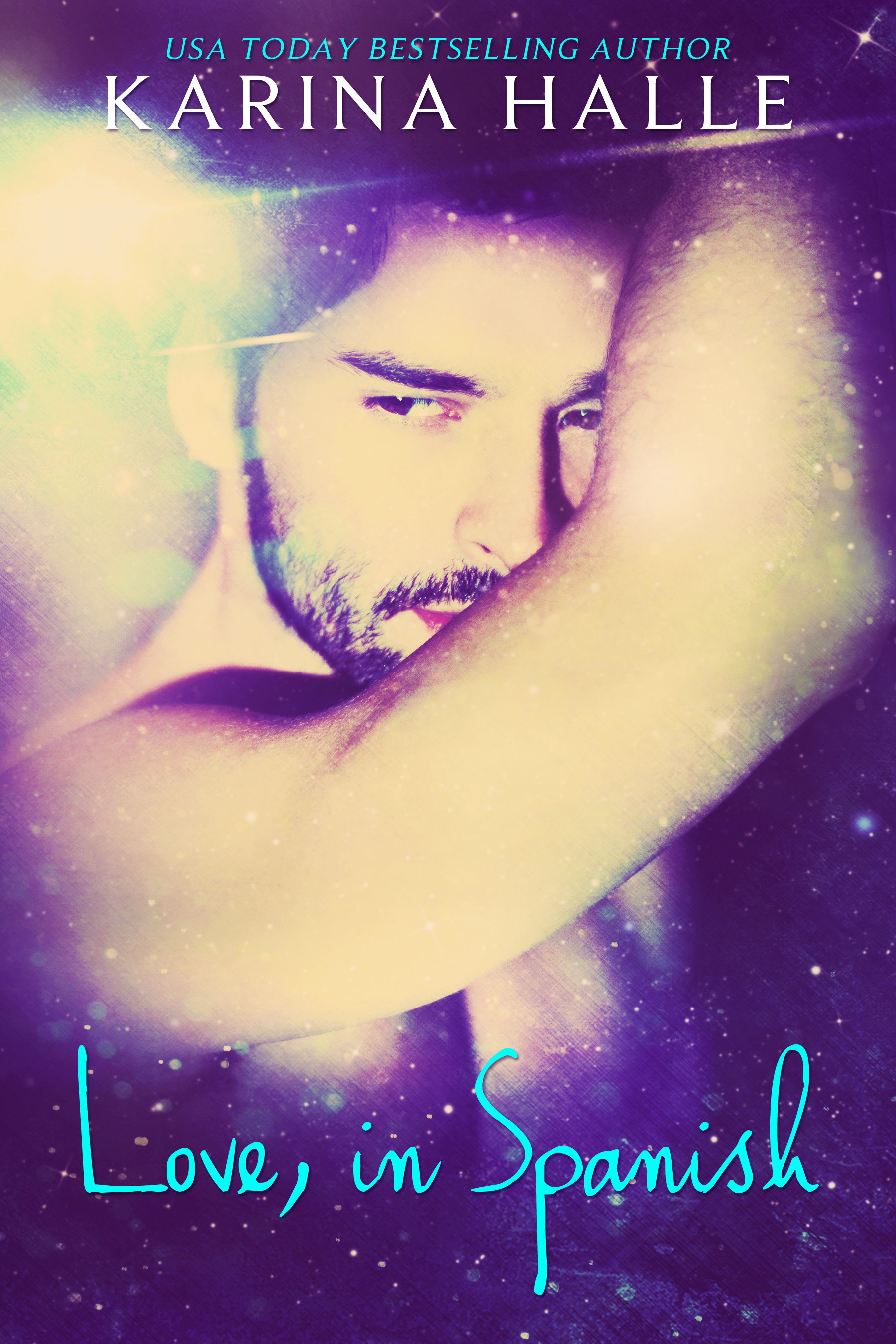 The companion to the highly emotional, scandalous and USA Today Bestselling love story - LOVE, IN ENGLISH - is finally here! Love, in Spanish is a Love, in English follow-up novel told from Mateo Casalles' POV. While Love, in Spanish touches on some events that happened in LIE (you know the ones!) it is a whole new story set a year later that continues with Vera and Mateo's "happily ever after." Note: It should be read after Love, in English and it is mostly new material (aka not just rehash of LIE).

“She sat beside me on the bus – and she changed my whole life.”

Successful, wealthy and absurdly handsome – Spanish ex-football player Mateo Casalles seemed like he had it all. A high-society wife, an adorable little girl, and flashy apartments in Madrid and Barcelona only sweetened the deal. But there was more to Mateo than met the eye – a life of uncertainty and regret that colored his black and white world.

That was until Vera Miles came into his life like a shooting star. Tattooed, wild and young, Vera seemed like Mateo’s polar opposite at first. But you can’t choose who you fall in love with and the two lost souls did everything they could to be together, all while suffering the grave consequences.

Now with Mateo divorced and living in Madrid with Vera, there is a whole new set of challenges and setbacks facing the couple and rocking the foundation of their star-crossed relationship.

Unfortunately for them, the brighter the star, the faster they burn.

No one writes gorgeous, imperfect, complicated love like Karina Halle. Her words are so beautiful and heartfelt and she pulls all the emotions from me as I read. I’ve yet to pick up a book and not get hopelessly wrapped up in her characters and their stories. Her books are full of feels and I always wind up in tears at some point. Love, in Spanish was no exception.

I was so in love with Vera and Mateo after reading Love, in English. Their love was so real and raw. I was thrilled to get more of them, even if it meant I knew there was likely difficult times ahead for one of my favorite bookish couples. I wasn’t wrong about that. They were together in Spain, but things for them were still far from perfect. They were deeply in love and mostly happy with their situation. It was just outside forces causing problems. A lot was up in the air for them because they were both facing changes and choices. I won’t get into all of it because I don’t want to ruin any single bit of the story for you though. It was every bit as heartfelt and emotional and sexy as the first book, and maybe even more so because it was told from Mateo’s POV… and Mateo is one passionate man.

I didn’t think it would be possible to love Mateo more than I did in Love, in English. I was so, so very wrong. Being treated to an entire book from his POV is one of the highlights of my bookish year. I never once doubted his feelings towards Vera, but it was still nice to know that this charming, beautiful man was every bit in love with her as I thought. She changed his life… and he, hers. Vera was in a rough spot during this book. She was trying to adjust to life in Spain. She was having a difficult time finding herself and making her own place. Anyone who has ever felt totally out of their element will easily be able to relate to her in this book. She’d do almost anything to be with Mateo, but she didn’t want to lose herself along the way.

Love, in English was about Mateo and Vera finding love and giving into it. Love, in Spanish was about them trying to keep their love strong. We don’t often get to see what happens after the “happily ever after” in our favorite books. That’s what we get here. Love isn’t easy. It takes work and, often, compromise. It’s a give and take. Karina illustrates this all with beautifully-turned phrases, gorgeous words and tons of feels. This was definitely an emotional read for me. I felt like I was being ripped wide open at times. But, it also had plenty of moments of the playfulness and passion between Vera and Mateo. Fans of Love, in English will not want to miss this one for anything.

Just to be a total tease, I have to mention the special treat you’ll get at the end of this book. You know Karina’s next book, Where Sea Meets Sky, is about Vera’s brother, Josh, right? Well, you get to read the first chapter at the end of Love, in Spanish. All I’m gonna say is “Khal. Drogo.” *faints* As if I wasn’t already dying to read this book…